Grab your apron, prepare the bowls, and whisk your way into the hit fantasy MMORPG Final Fantasy XIV when the Ultimate Fantasy Cookbook releases on 9 November.

Square Enix and Insight Editions have just announced that the Ultimate guide to real life reincarnations of your favorite Final Fantasy XIV Online foods is coming to store shelves and kitchen ranges on 9 November., The 192-page cookbook will provide fans of Square’s hit MMO an opportunity to recreate many of the in game meals they may very well have made on a virtual stove. Featuring favorite flavors from across Hydaelyn and Norvrandt, this sought after tome will hopefully provide even the lowest level cooking rank with the opportunity to easily throw together iconic dishes like a Farmer’s Breakfast, Knight’s Bread of Coerthas and La Noscea’s Rolanberry Cheesecake.

This fully illustrated promises plenty of easy to follow instructions for fans of Final Fantasy XIV, and is a nice change to t-shirts, mugs, and expensive collectors statues that traditionally follow the release of other online RPGs. A foreword written by Final Fantasy XIV Online Producer and Director, Naoki Yoshida features ahead of your gastronomical quest and The Ultimate Final Fantasy XIV Cookbook is already available to pre-order now at the Square Enix Store and select retailers.

This is far from the first time we have seen a video game cookbook hit the market, with the Elder Scrolls and Destiny cookbooks coming to mind immediately. For those lapsed players that want to get more acquainted with cooking again, before they pick up The Ultimate Final Fantasy XIV Cookbook, you can make use of the latest Free Login Campaign. Now active and running until 23rd August, eligible users can return to Eorzea and play for free for a period of up to 14 days, an unusually long free play period by Final Fantasy XIV online’s standards.

To find out more about the new cookbook or the free login campaign, head over to the Final Fantasy XIV Online website now.

Written by
Ed Orr
For those of you who I’ve not met yet, my name is Ed. After an early indoctrination into PC gaming, years adrift on the unwashed internet, running a successful guild, and testing video games, I turned my hand to writing about them. Now, you will find me squawking across a multitude of sites and even getting to play games now and then
Previous ArticlePhilips Has Unveiled Two New Gaming HeadsetsNext ArticleFacts You Need To Know About The New Games From Microsoft 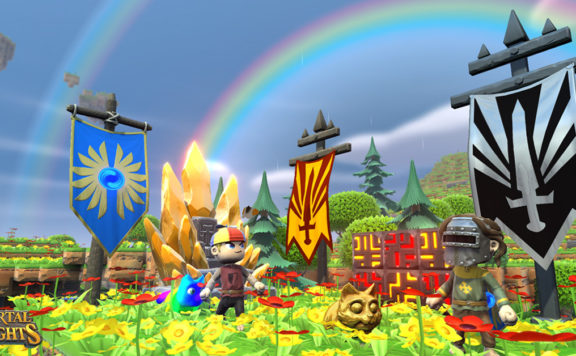