Crystar, a JRPG of two worlds from NIS, has just released a new trailer ahead of its transition onto Nintendo Switch.

Unveiled with slick lines, cool animation, and a bunch of ambiguity the new trailer for JRPG Crystar has just landed, giving fans of the long standing title to get excited for, before it arrives on the Nintendo Switch. Featuring the game’s central protagonist and quite likely the other main emotional core of the game, the new trailer might not make a whole ton of sense to new players, but this isn’t more than a statement of intent ahead of the release in spring 2022.

Thankfully, Crystar is a port of the well received PC JRPG, and we know roughly what to expect. Originally launched back in 2019 in the west, this title comes from the minds of developer FURYU Corporation. Following the tale of a girl who has suffered an enormous tragedy, players must take control of the central protagonist and battle through purgatory to save their sister. While exploring this world, players will combat the Souls of the dead as you explore this afterworld using four different characters, each wielding their own powers and grief.

The definite sense of loss that flows through Crystar even permeates the battle system, where Crying will help you take down monsters and empower your equipment. In Crystar, tears aren’t a sign of weakness, but of strength. This is accompanied by a stylish presentation that certainly seems to have aged well, and should look even better on the new OLED Switch. If you want something a little different from your JRPGs then Crystar might be worth a look. Check out more on this emotional tale over at the official NIS website now.

Written by
Ed Orr
For those of you who I’ve not met yet, my name is Ed. After an early indoctrination into PC gaming, years adrift on the unwashed internet, running a successful guild, and testing video games, I turned my hand to writing about them. Now, you will find me squawking across a multitude of sites and even getting to play games now and then
Previous ArticleAnimal Crossing: New Horizons to Receive a New DLC ExpansionNext ArticleGrow: Song Of The Evertree EGX Preview 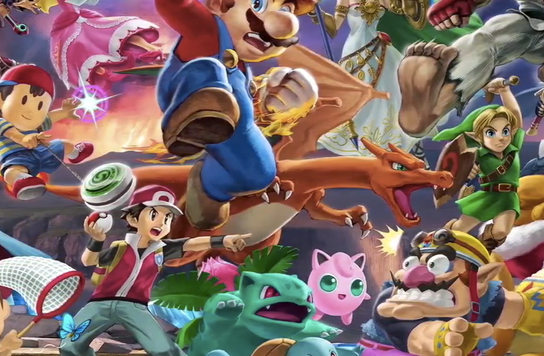