Kingdom Under Fire 2, the long-awaited MMO-RTS hybrid, is aiming for western audiences this year. Now, publisher Gameforge has unloaded the Gunslinger class with a brand new trailer.

A Different Type of Atack

The Gunslinger class is a unique take on ranged combat. Featuring as a prominent front line troop, this warrior is far more than just long-range firepower. Instead, the Gunslinger class prefers to break enemy lines, usually being first into the fray. Supporting this forward-thinking approach, the Gunslinger carries two pistols and a sword. This allows them to effortlessly switch between focused melee assault and area of effect attacks.

Players who master this hybrid combat technique will find that ammunition isn’t an issue. The Gunslinger class replenishes this stockpile by delivering a range of sword combos that reward this fiery play style. Being first in line for some action, this Gunslinger seems to sidesteps the traditional free-flowing garb of other MMORPG and appears to equip a far more realistic late armor outfit. It’s just one of the things that make this class as interesting as Kingdom Under Fire 2’s gameplay.

Born in Brimstone, a village of refugees, the gunslinger became the only survivor of a suicide mission. Expelled from the army, he fled his home and the memories of his slaughtered troops. Now, the Gunslinger fights with the Azalia Knights seeking retribution for his fallen legions. With a grudge like that, I would rather stay out of this line of fire.

For those that haven’t heard of Kingdom Under Fire 2, this upcoming MMO-RTS is due to blast onto PC and it is as just as unique as the Gunslinger class. This mix of MMO and RTS allows players to take to stalk into battle, leading a range of NPC troops. Payers can experience up close and personal combat while gargantuan battles explode around you. Developed by Blueside and Phantagram, Kingdom Under Fire 2 brings the tactical combat of Total War and a fantasy MMO story crashing together with some stunning graphics.

Publisher Gameforge is delivering Kingdom Under Fire 2 to western audiences and it is going to be a buy to play box. With three different tiers available, players can pre-order the game right now:

Check out the Gunslinger reveal above and check out more information, or enlist for action, over at the official Kingdom Under Fire 2 page now.

Written by
Ed Orr
For those of you who I’ve not met yet, my name is Ed. After an early indoctrination into PC gaming, years adrift on the unwashed internet, running a successful guild, and testing video games, I turned my hand to writing about them. Now, you will find me squawking across a multitude of sites and even getting to play games now and then
Previous ArticleOverride: Mech City Brawl Gets A Mecha Nintendo Switch PortNext ArticleThese Venom Switch Lite Accessories Get A Grip In Our Review 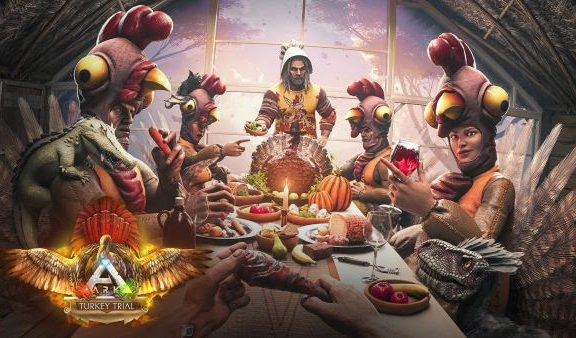