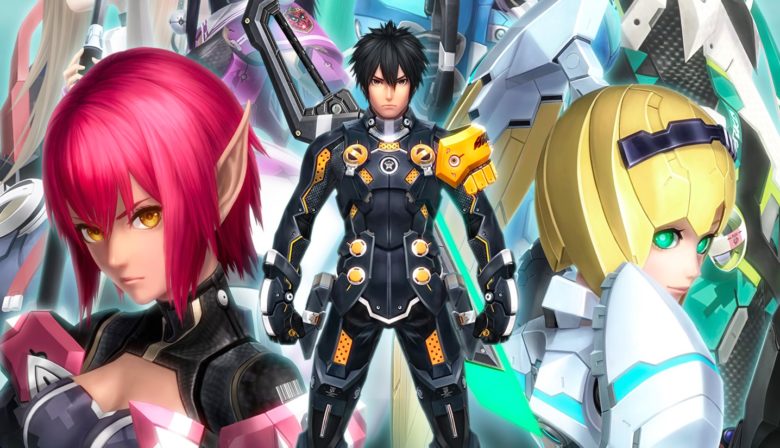 First I’ll state this list is in no particular order except for the first one as it is what got me into MMORPGs back when I was a kid. Quite a few anime have come out over time that take place in games or a game-like setting. This is especially true now with manga going through its isekai phase which means we’re getting loads of anime with that theme. So let me run you through, in our humble opinion, of the top MMORPG like anime. 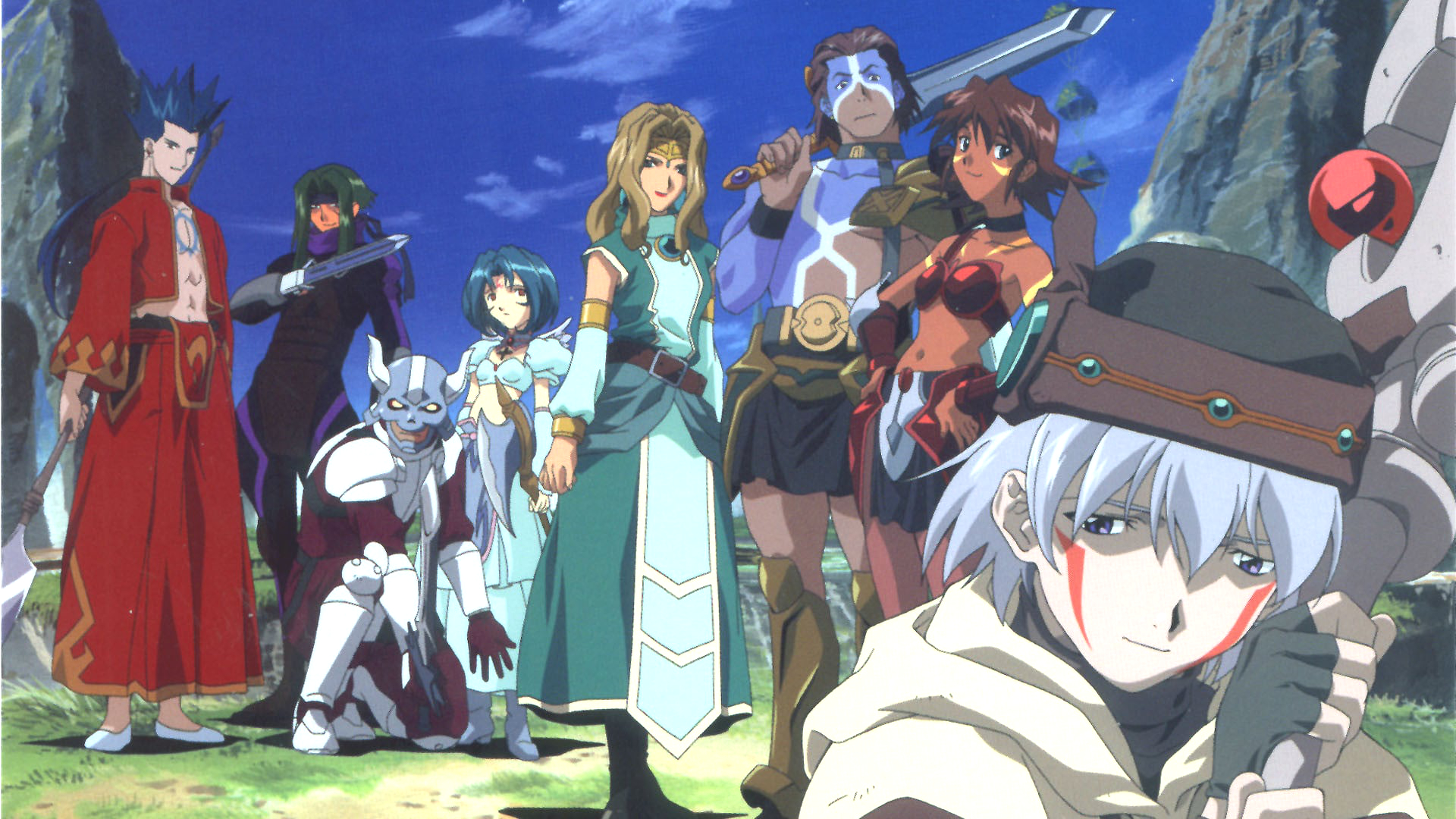 .Hack//Sign is the anime that got me into MMORPGS. It tells the tale of Tsukasa, a player who is stuck in the VR game called The World. Suffering from memory loss, it is with help from others that he solves the mystery behind why he cannot log out. The series spans many games, manga, and anime. .Hack//Sign was the first in the series. All the stories are connected and weave a beautiful tale of mystery and the people involved it.

As this is what got me into MMORPGs and the story takes place in one, so it is #1 for this list. 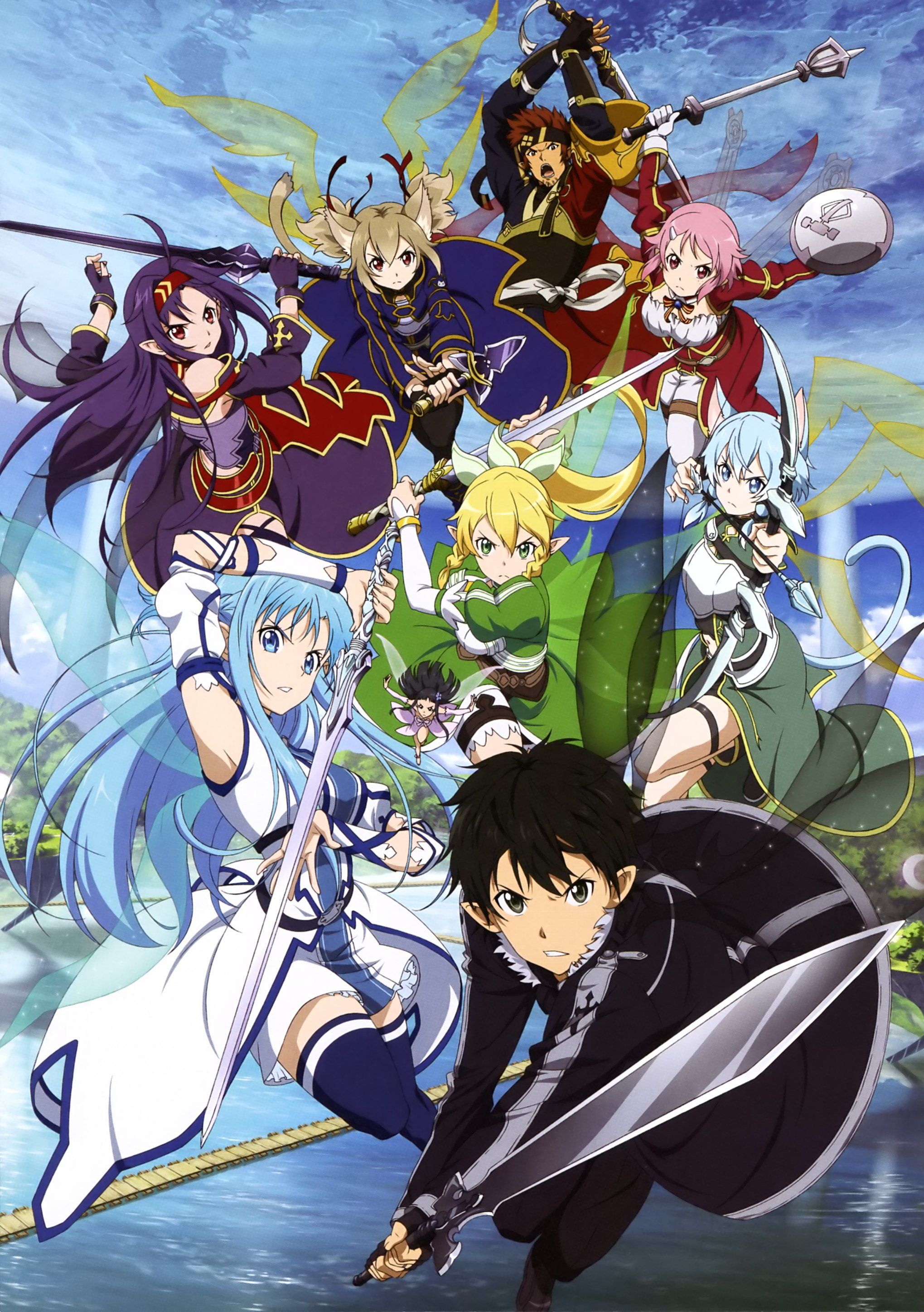 Sword Art Online (SAO), is another great story about being stuck in a VR MMORPG. This time it’s not just one person. There are a bunch of people stuck. Also, it is no mystery how: They are being held hostage by the developer until they complete the game. SAO tells the tale of how Kirito and his friends spend their time living in this game and their journey to get free.

I love this anime as it takes the problem of being stuck and multiplies it to everyone. It explores the consequences of dying in the game and that it means you die in real life as well. Seeing how characters come to grips with the decisions they make in the game and what it means for the real world leaves an impact. This anime also spans many games. 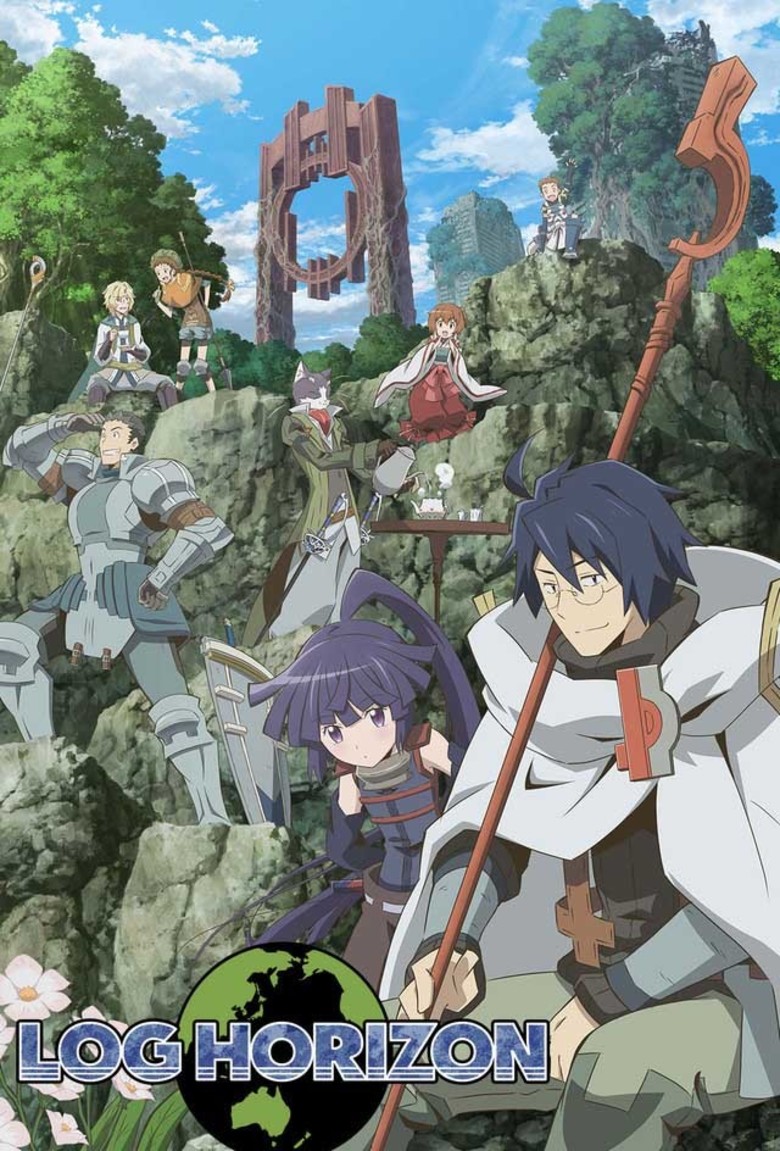 Yep, you guessed it: This one is another where characters are stuck in an MMO game world. This time, not VR though. The story follows a character named Shiroe and his friends as they end up getting stuck in the game after an update. This anime has two great seasons so far.

Log Horizon is different from the previous two in the way that characters are stuck. They are looking for a way out but they are making a life within the game that has become real. NPCs are living breathing characters with thoughts. The series is wrapped in mysteries that the characters must discover. 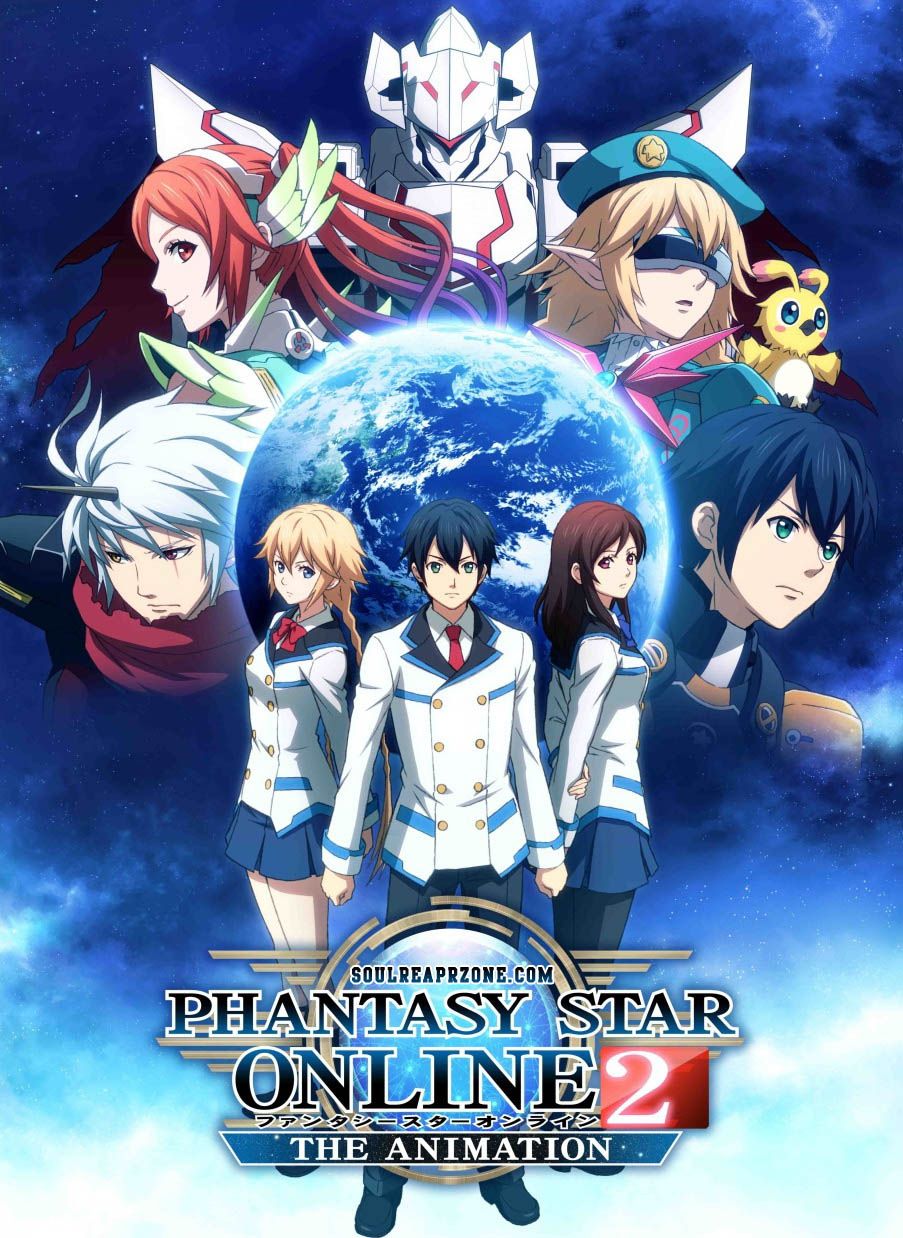 Phantasy Star Online 2 shares a similar story with the game. A player of the game on Earth starts to play the Phantasy Star Online 2 game and comes to find out that it is an actual real world. After a friend disappears in-game it is up Itsuki and friends to find and rescue her. A lot more happens, but it is a good story and anime. If you have never given the game a try, you can when it releases next year for the west in 2020 or you can hop into the Japan server through other means.

Phantasy Star Online is another thing from my childhood that had a big impact on me growing up. 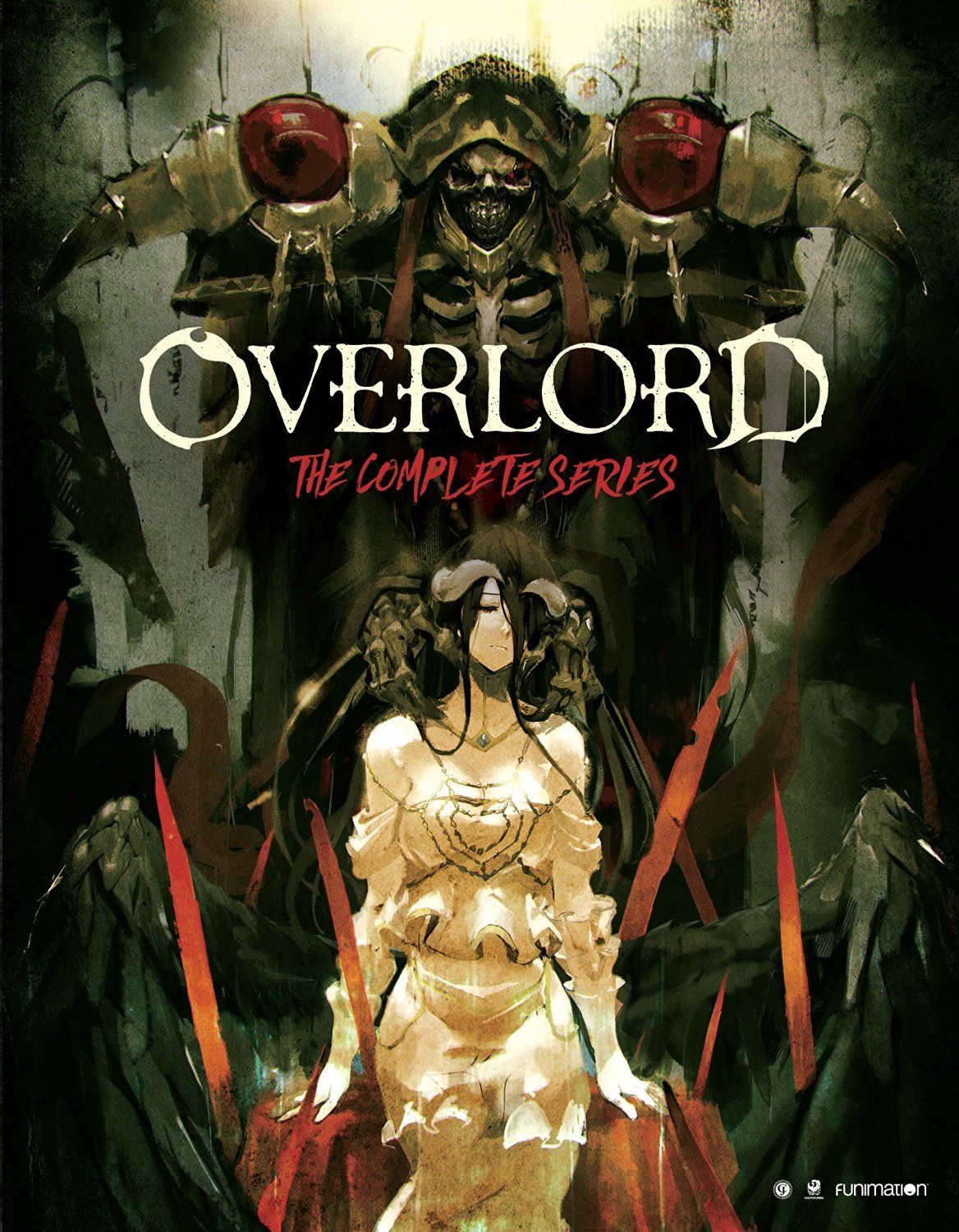 Like the others, a player gets transported to a world they thought was just a game. Momonga is transformed into his player character in the game after not logging out when the game Yggdrasil was shutting down. The NPCs in the game are now real and feel emotion, and take actions. Momonga has no desire to return to his world. Instead, he chooses to rule over this one as an all-powerful mage. It is a great anime. I love the action and characters of this one.

This is where the list will get shaken up a bit. No longer will it be characters getting transported into their game worlds. It is going to be animes with game-like settings and story or involving MMO games. Things happen as if they would in an RPG, like skill progression and such. A good change of pace. 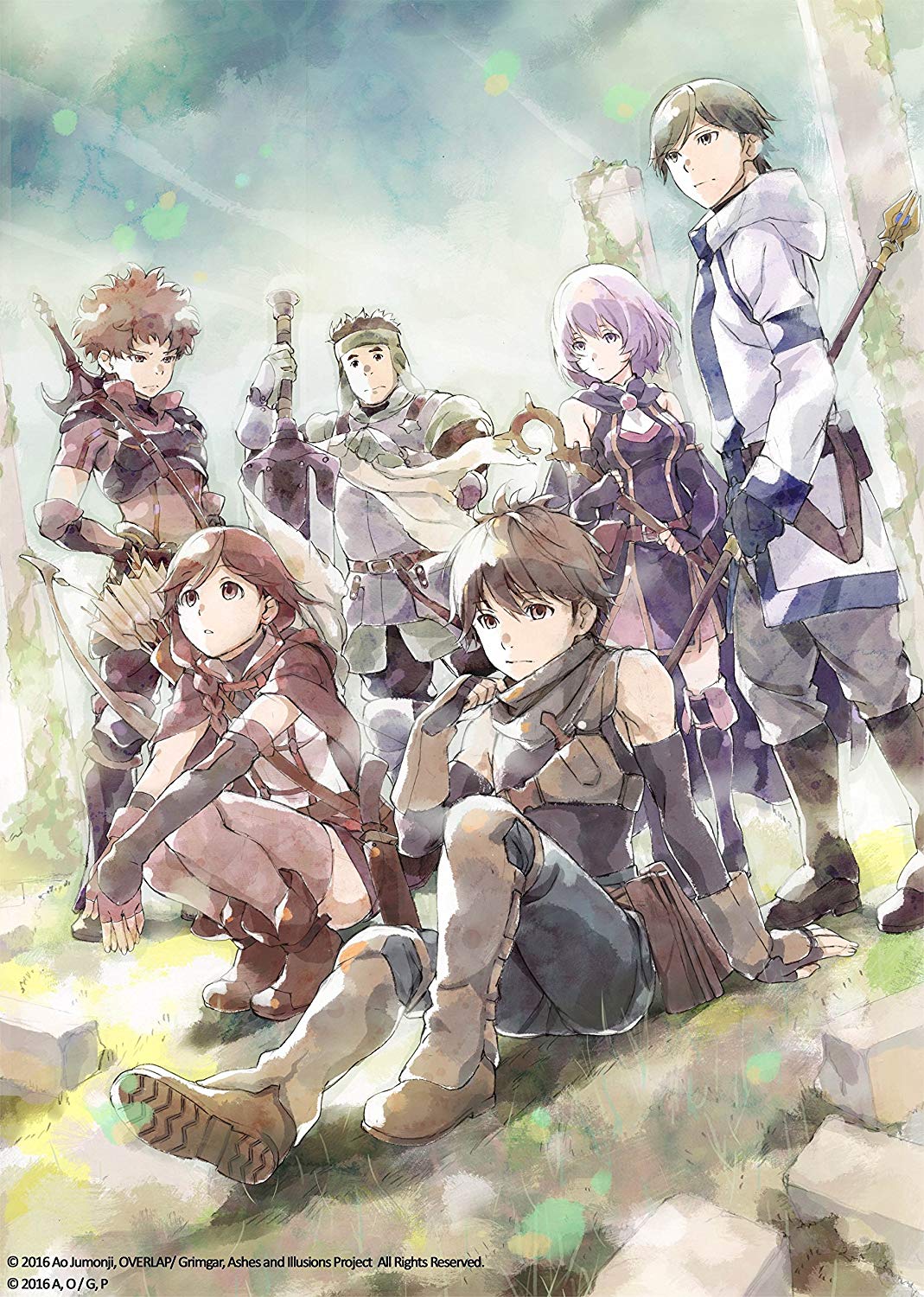 6. Hai to Gensou no Grimgar

Haruhiro and other people are transported to the world of Grimgar. They don’t know why they were sent there but they were. Their memories are but wiped except for their names. To survive they must accept the only job they can: Being a soldier and protecting Grimgar from the monsters who threaten it. In this anime, each person takes up a class or vocation. Haruhiro’s party consists of a typical sort of group including a tank, warrior, rogue, cleric, ranger, and mage. Each has skills they can learn from their trainers through the story mostly focuses on Haruhiro. You see a lot more of him with his trainer. The world has a game like feel but it is not revealed whether it is or isn’t.

This anime has a great story line that focuses on the relationships Haruhiro and his party have with each other. 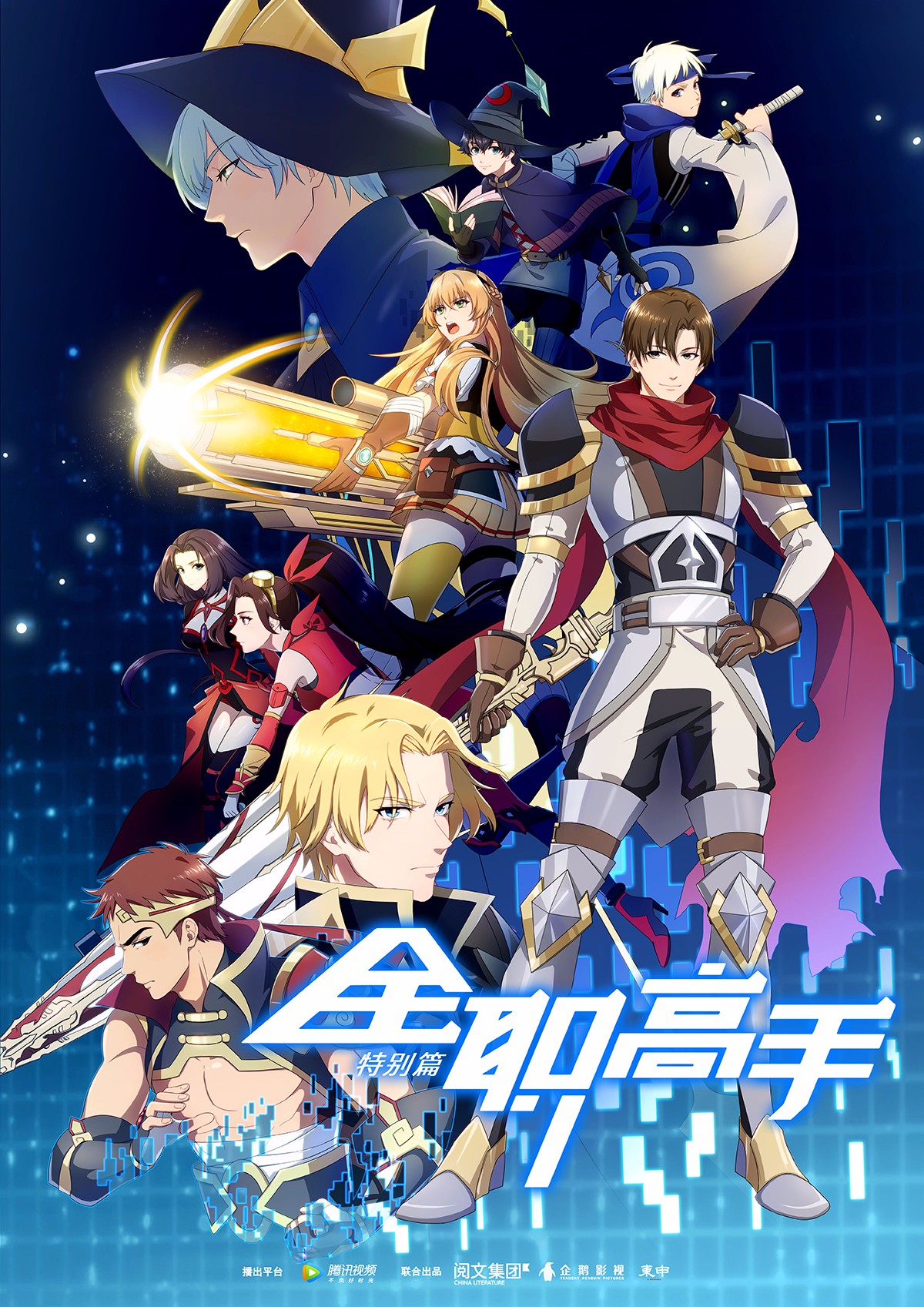 This anime is very different from the others that are previously listed. Quanzhi Gaoshou follows the story of an esports scene. Ye Xiu is a very skilled player in the MMO “Glory” and was on the top of his game in esports. Unfortunately, he was forced to retire and barred from joining any other esports team for Glory. After the 10th server opens for Glory, Ye Xiu begins to play again and dives in with a fresh start. This is a story about how the “Battle God,” Ye Xiu, playing on the new server causes many upsets in the esports scene.

The battle scenes in this anime are top notch. I’ve watched all of it and when I want to see a battle that inspires me to animate more, I go to this anime. If you are looking for an anime with good fighting from the start, this is a great one. 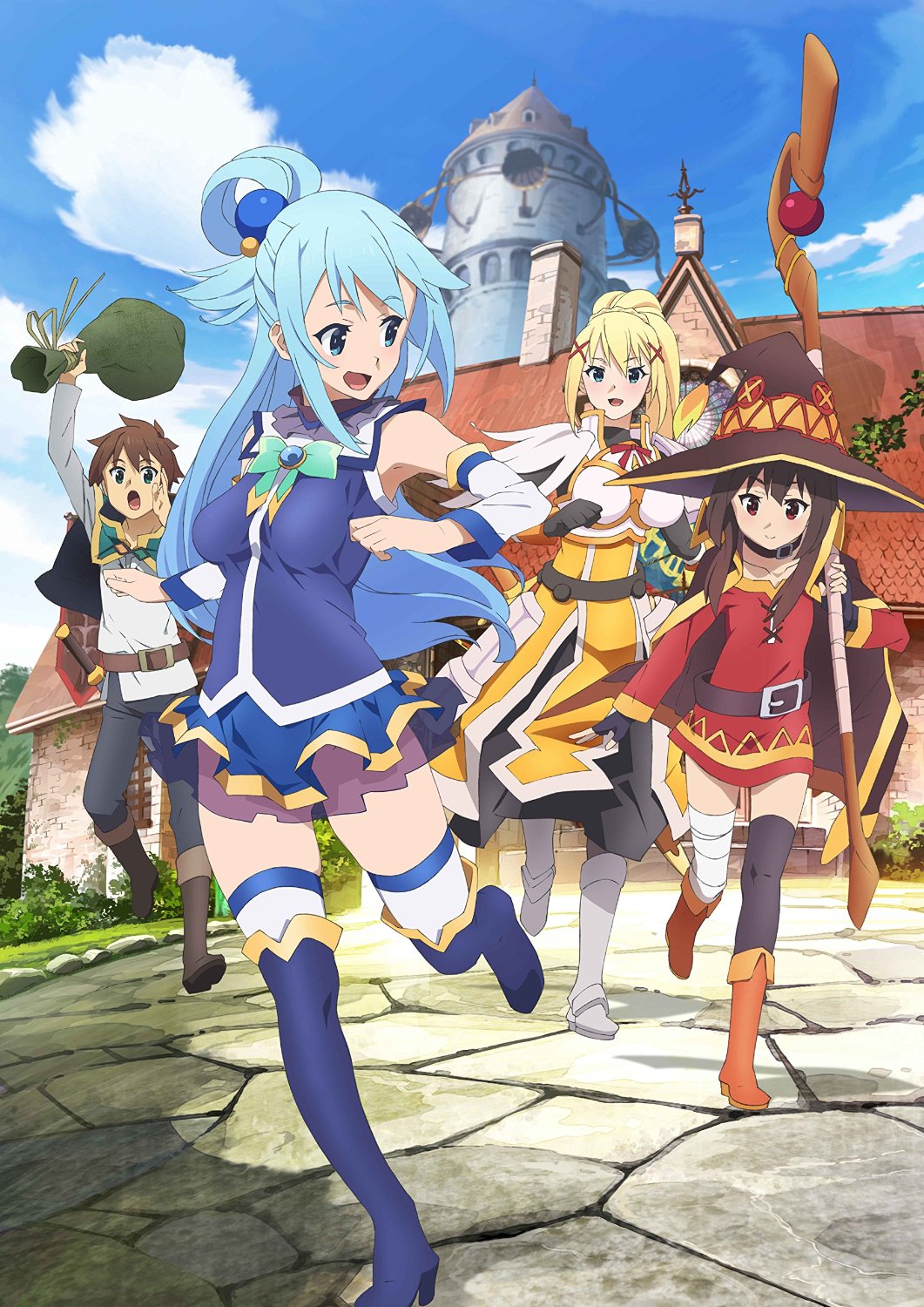 Kazuma Satou dies on his way home from buying a game. He is rewarded with the chance to reincarnate into a new world and be a hero. The goddess Aqua lets him choose any one item to bring with him and Kazuma selects her as what he wants to bring. Unfortunately, she can not refuse this and unfortunately for Kazuma, she turns out to be a lazy and useless goddess. This is only the beginning of his woes in his new life as he tries to survive in this world.

KonoSuba is a hilarious well-animated series. There are so many funny moments that make me laugh and the animation leaves me in awe. The cast of characters is colorful and wacky. As the anime is on its second season I would recommend getting in on it. There are many episodes to watch and enjoy. 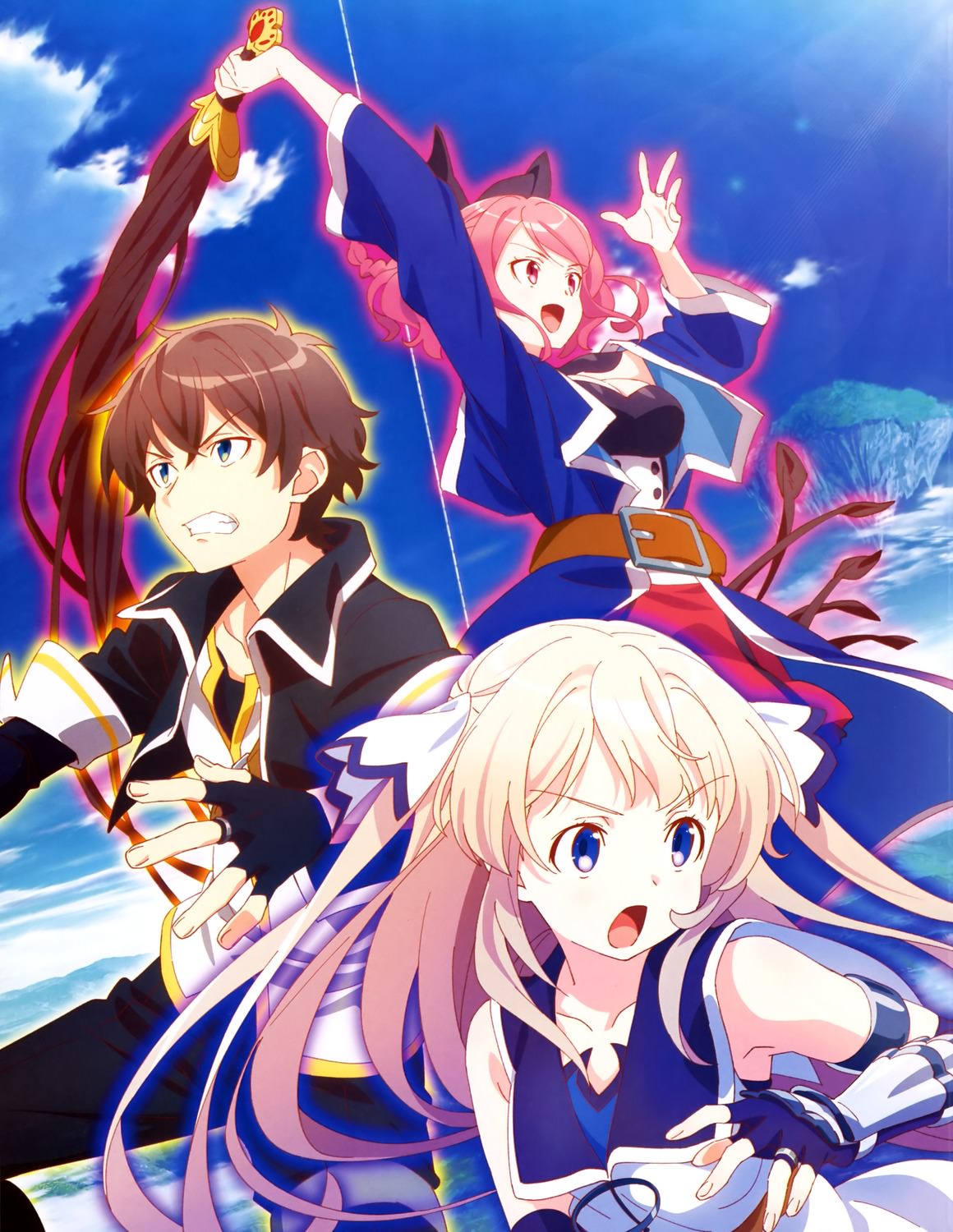 In a gamed called “Union,” there was a group of seven kids: Subaru, known to be the best. Unfortunately, when Asahi, one of the seven, dies in the game, she dies in real life as well. Her death causes the game to get shut down and their group to separate. Some years later Haruto, another member of Subaru, decides to play a new version of the game called “Re’Union” and once again meets Asahi who had died years ago still looking as she did when she was a kid. This mystery brings the group back together again to find out what happened to their friend.

Shichisei No Subaru is a good anime that is filled with a lot of mystery.  The Re’Union game is also a VR game in the anime like a few titles above. There is an equal amount of drama and action in the anime that lead to some very good emotion-charged scenes. I like this anime and am looking forward to a second season. 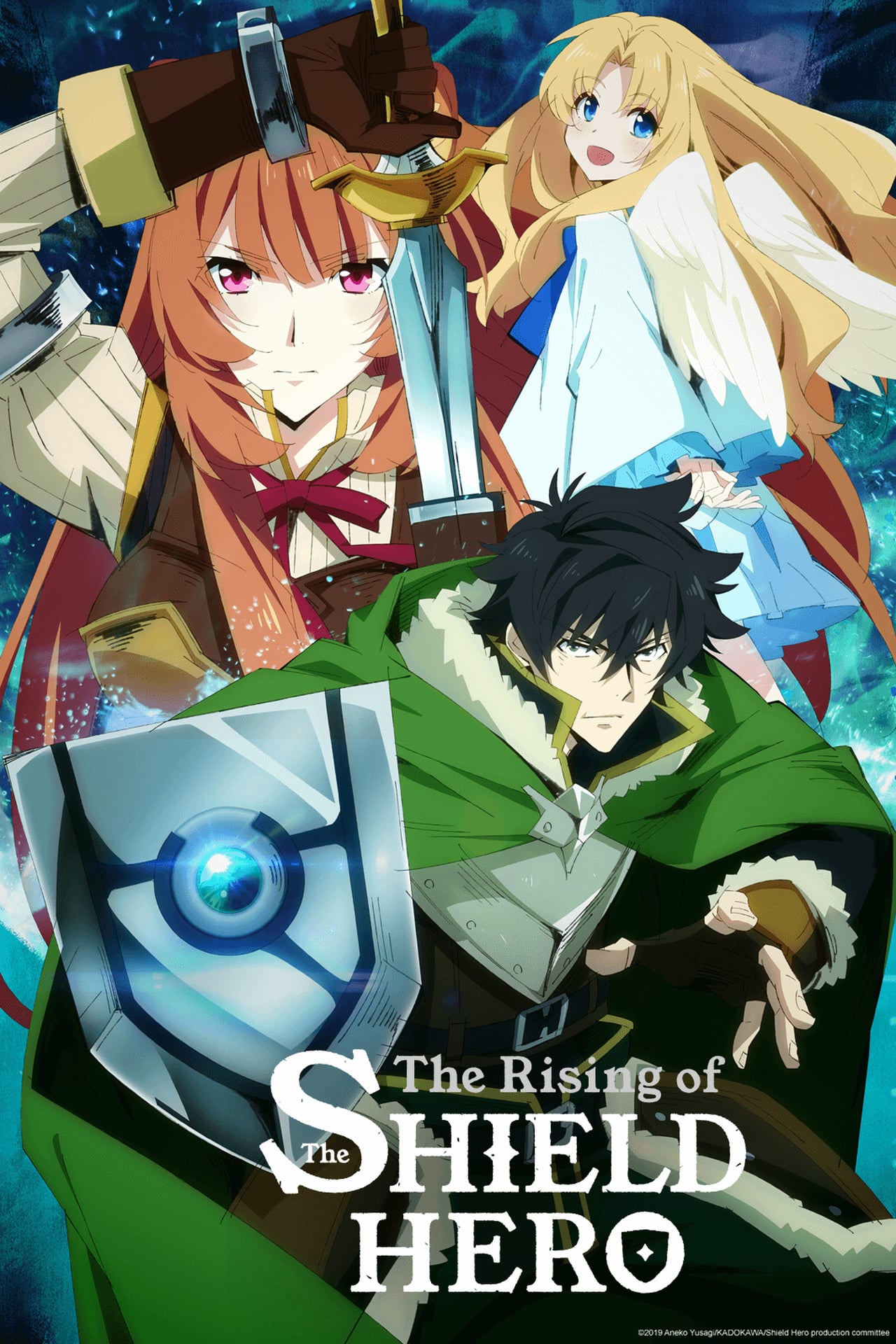 10. The Rising of the Shield Hero

Naofumi and a few others get summoned to a world to fight waves of monsters and save the world. Unfortunately, all is not equal as the Shield Hero is looked down on and said to be evil. This leads to Naofumi (the Shield Hero) being cast out and forced to learn how to survive in this world on his own. Along the way, he makes friends and begins to turn things around and change how that world sees the Shield Hero.

This is a great anime. It has many elements that an RPG and MMORPG would have. The heroes are able to fuse and enhance weapons in ways that other people can’t. Also, the concept of fighting monsters to level up is a thing in the world.  It is not a foreign concept that they bring from Earth. The animation as well is top-notch and has a great storyline. I highly recommend this anime.

All of the animes on this list to me are good. Some of them may not be for everyone, but all are definitely for me. It is highly possible I have missed some that should be on this list that are not. I watch too many anime to recall each one, there are a lot of good ones. 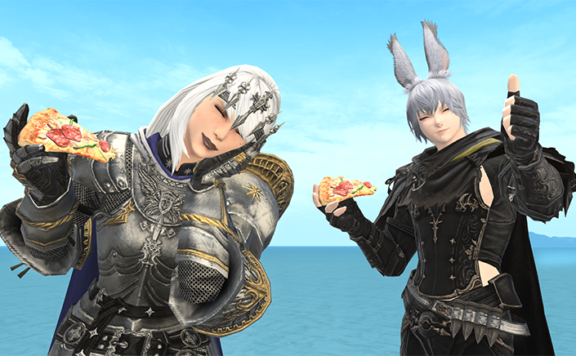 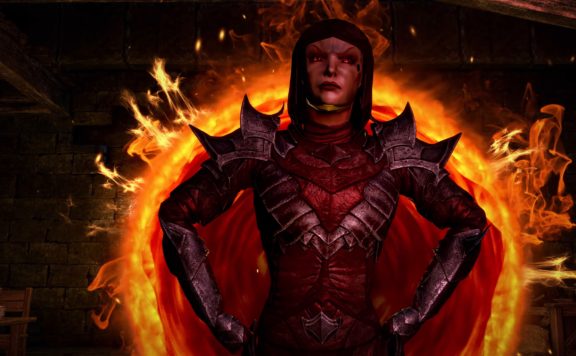 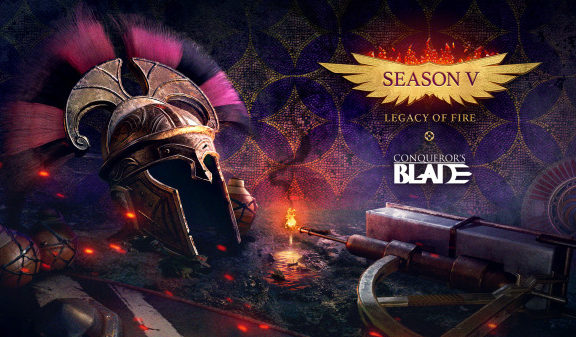 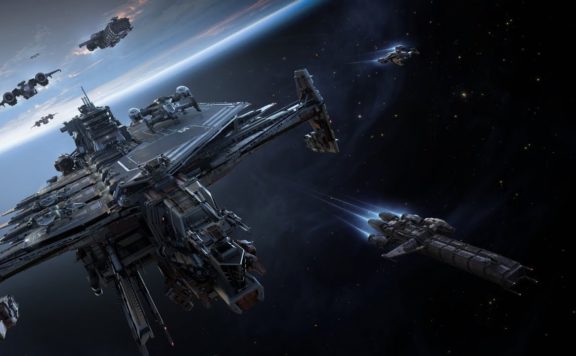