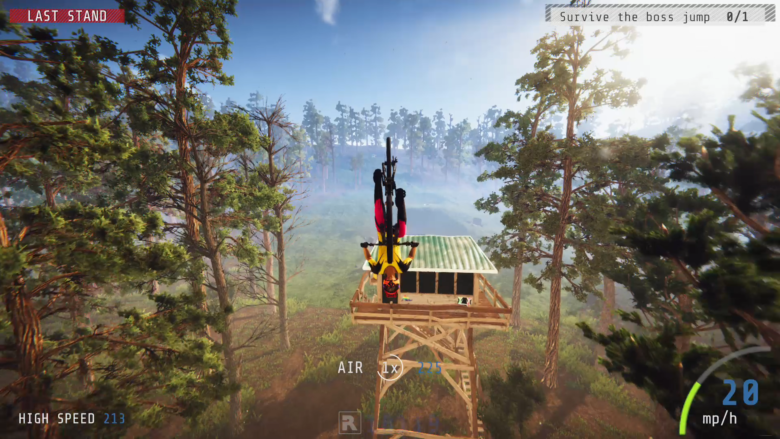 Developer RageSquid recently launched Descenders, a freestyle downhill racer, into Steam Early Access. I grew up during the BMX craze of the 70s, where every kid in the neighborhood had a bike, and we spent many a summer jumping off ramps, the bigger the better, for the thrill of big air. That was a long time ago, and somewhere along the way, the belief I was indestructible got replaced with a sense of mortality. Now I get my extreme sports thrill through video games, so when the chance to check out Descenders came up I jumped in to see what it had to offer.

In Descenders, there is only one goal when you start a trail: get to the finish at the bottom. Each trail is procedurally generated with three variables: steepness, curves, and stunts.  Depending on how the RNG works out, you could have a leisurely ride down a fairly straight course or an extreme thrill ride where even your brakes won’t be able to stop your descent down a steep hill. You will have ramps to fly off, giving you enough air time to complete flips and spins, obstacles like narrow passes to traverse, and logs to bunny hop over. There isn’t a time limit or a penalty for leaving the course, so feel free to create your own route down the hill, avoiding rocks and trees along the way. Each environment also has its own obstacles to avoid, such as the camping sites and lookout towers in the Forest zone. 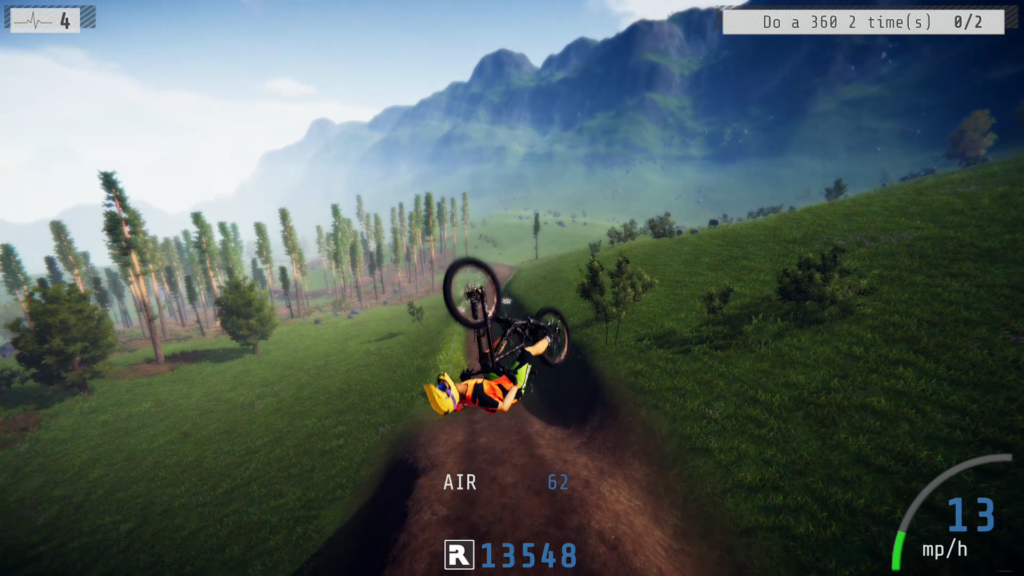 As you race downward to the finish line you will rack up Rep. Going at high speed, landing tricks, and even having near misses are a few ways to gain rep points, while crashing will give negative rep. You can take it slow and safe, skipping all the jumps, but having a couple of spills can net you negative rep for the level. There is a practice mode where you can take on trails from any unlocked zone, helping you hone your skills without the fear of losing rep. As you gain rep you will move up in rank and unlock additional gear – new bikes, helmets, and clothing, and in the future, accessories.

You start each session with 5 health, and bailing will take one away (or more if the crash is epic enough) point. There is an optional bonus objective on each run that will get you an additional health. These bonus objectives are straightforward – complete two backflips, never stop pumping your pedals, or finish in a certain time limit are just a few. Each session has five levels to complete, with the first and last being preset. Each of the other three levels has multiple trails to choose from; pick one that suits your playstyle, or double back to previous levels and complete more trails to build up lives from the bonus objectives. Pass all five levels in an environment and your session moves into the next environment. You have the option to quit between environments without a rep penalty, so you have to decide if you want to risk going to the next level to gain more rep – OF COURSE, YOU DO!

The last level of each environment also has a “boss jump” to complete. You must complete this jump once to open up the next environment, and upon three successful jumps you open up a shortcut that allows you to move straight to the new environment on subsequent sessions if you so choose. These boss jumps require high speed as well as a precise landing to compete without bailing, but all are quite visually rewarding. They are reminiscent of big jumps in my favorite adrenaline game of all time, SSX Tricky, and I wish there were more of them available at each level. 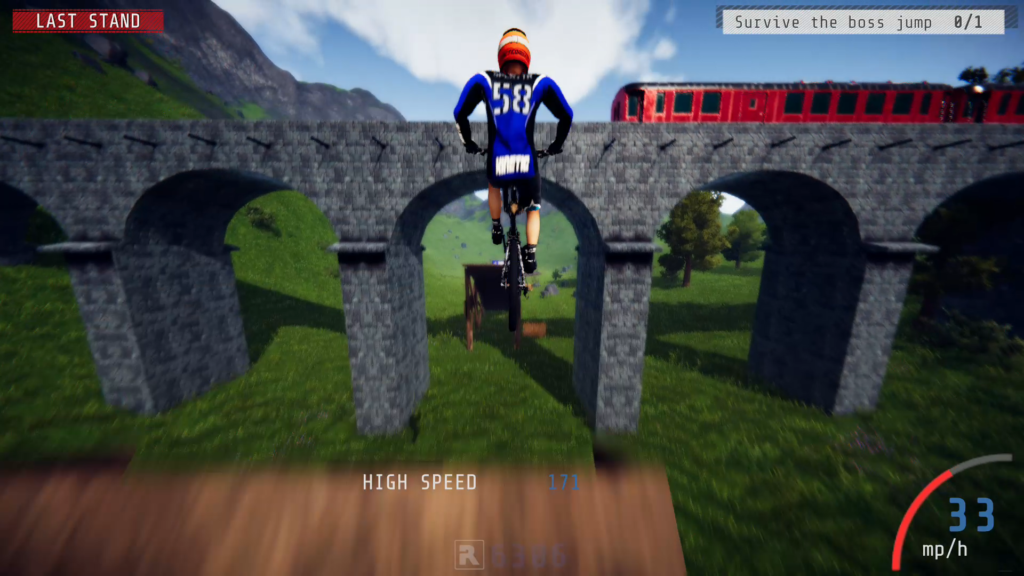 As stated above, there are currently four environments available. You start in the rolling hills of the Highlands and later unlock the steep woodlands of the Forest, desert of the Canyon, and snowy slopes of the Peak. All of these environments are beautiful and warrant spending at least a little bit of time just exploring the map to see what they have to offer. There are also weather effects and different times of day that you will get to ride through. All of these variables add a little more variety to the procedurally generated maps, but eventually, the maps start to get a little redundant. Hopefully, RageSquid creates more environments for us to ride in.

The limited number of environments isn’t the only thing missing right now. A staple of this genre is acquiring gear that not only looks good but gives you improved stats and skills. Though you are able to unlock new outfits to wear along with several paint jobs for your bike, none of the unlocks have any stat modifiers. And while increasing your Rep allows you to increase your player rank, doing so doesn’t open up any new gameplay options or player abilities.

One other thing I would like to see added – multiplayer. There is a leaderboard to show your Rep ranking within the community, but having multiplayer maps with co-op or versus challenges would be a nice addition that would give more variety to the gameplay. 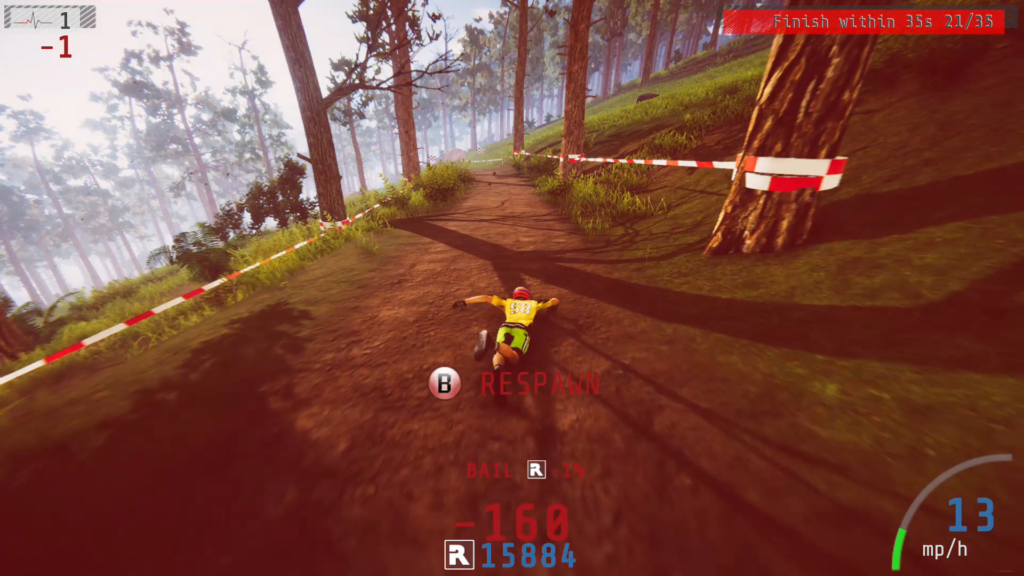 RageSquid states they entered Early Access with Descenders “because this is a game with a strong community focus, we want to bring players in to help shape the final direction in which we take the development of the game.” Currently, Descenders is a beautiful game with fast and enjoyable core gameplay, but the longevity of the title will be very short if they don’t add in some sort of stat progression, a multiplayer option, or anything other than just cosmetics to unlock. Let’s hope they listen to what players want.

Written by
Mitchell Gassner
Old enough to have played retro games when they were still cutting edge, Mitch has been a gamer since the 70s. As his game-fu fades (did he ever really have any?), it is replaced with ever-stronger, and stranger, opinions. If that isn't the perfect recipe for a game reviewer, what is?
Previous ArticlePurrfect Date Comes to iOS on Valentines DayNext ArticleMoss PSVR Gameplay Shows Off an “Impossibly Adorable Hero” 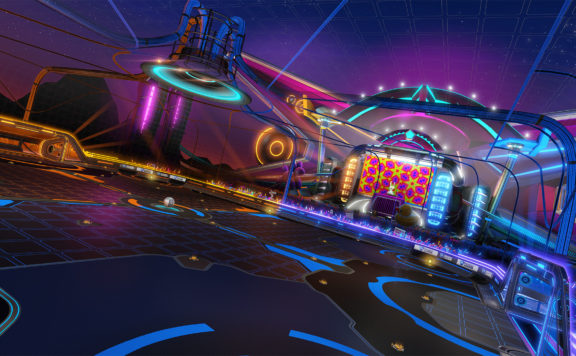 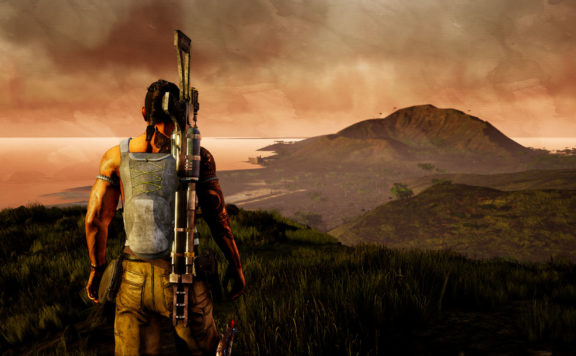