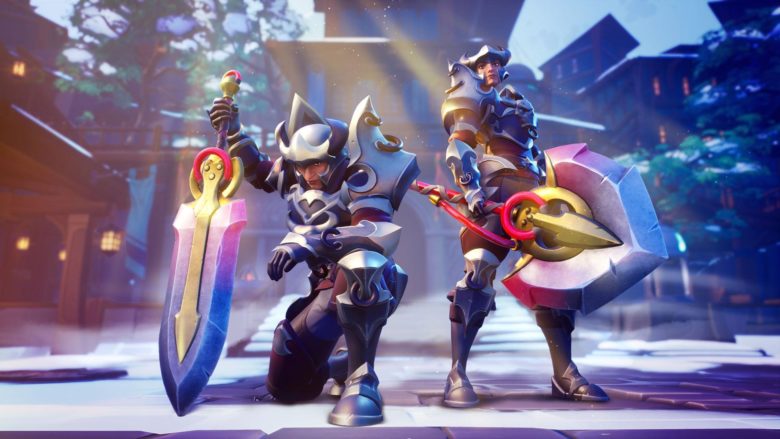 Dauntless has come a long way since it’s alpha, betas, and release. They have seen large success with bringing in newer players. Since the 1.0.0 release of Dauntless, a new weapon was introduced, as well as escalations, trials, and many other additions. There have also been significant changes to the user interface, layouts, monetization, optimization, and many other aspects. While the majority of feedback and articles have been positive from newer players or revisiting players, the long term and invested players have started to question the developers.

Just months after the release, there have been many questionable shifts deviating heavily from their original risk vs. reward focus. We have seen the implementation of Discipline and Iceborne perks, which have arguably made the game significantly easier. Strikers have been nerfed twice and currently, after 7 months of development, are still significantly stronger than any other weapon (Trial Leaderboards are almost completely filled with them). There was also an overall nerf to attack speed bonuses in the game; while this gave back some base attack speed to the slower weapons, it made strikers even stronger as they already have an internal attack speed bonus. Trials have not been touched with any rebalancing or restructure, but 4 new fights with their own issues have been introduced. Many players invested in the Trials mode have begged for weapon-specific solo leaderboards and changes to behemoth health scaling for groups. The Leaderboards have been disabled multiple times due to a Sword attack speed bug, the recent Drask Lantern spam bug, and even the return of the infamous Godhand bug. Throughout these patches things have been broken for no explainable reason with slow communication from the developers on acknowledging the issues days or even weeks after multiple reports. Overall communication has improved in pace, but the transparency has all but disappeared compared to before the release or even the acquisition. The community continues to receive cryptic patch notes with many changes not even being represented. 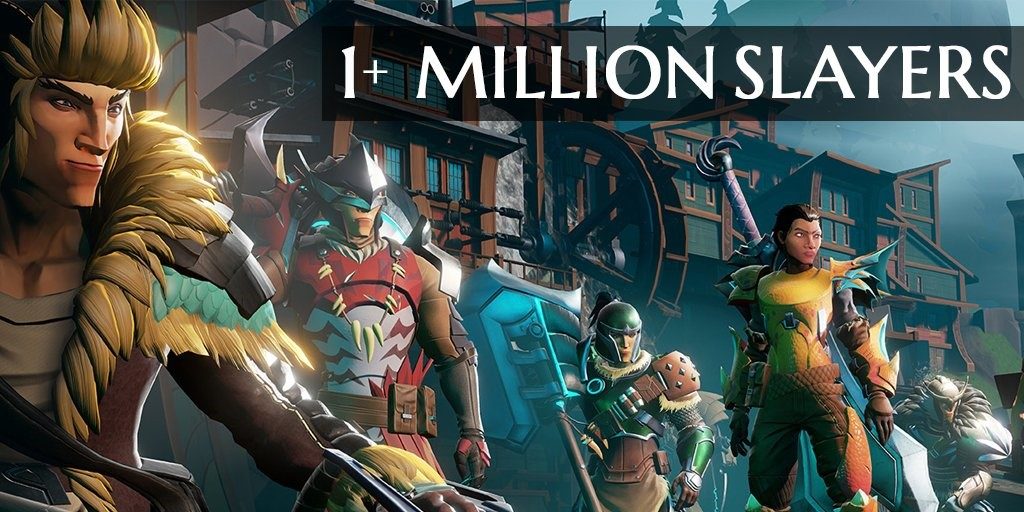 Many long term players, including myself, have spent months providing feedback. It’s not that the community team doesn’t reply back or acknowledge the feedback, but that consistent changes have been made to the game that are the direct opposite of what long term players have been asking for. This has gone so far that even players known to be part of internal testing have posted their dismay on the Dauntless subreddit (The main source of feedback and discussions since they removed their forums). Even partnered content creators can’t help but question some of the decisions made over the past months. Every long term player understands that Phoenix Labs wants to build a lasting title that brings in new players, just as much as it retains dedicated ones, but their development choices since release have led to many long term players leaving the game. Although Phoenix Labs boasts the number of accounts created for their game (1 million+), many longer-term players have noticed sharp drops in retention between content patches.

What the CEO, Jesse Houston, stated was a “partnership” in his official letter. This stunned many long term supporters of the then Indie developer. It was not the first time a partnership was announced; previously the announcement of Epic Games to bring Dauntless to full release with cross-play was quite a shock to the community, but many embraced it due to the desire for a fully cross-play title. However, when the tweet came out stating Phoenix Labs would be forming a partnership with long time investor Garena, it just didn’t sit right with the Dauntless community. What started as a partnership, was actually by industry terms, an acquisition. I myself, with 3 years invested, found it odd that they would leave their proud Indie roots behind, something Jesse Houston and all of Phoenix Labs had shown great pride in since the beginning of their journey (1) (2). This all caused a storm to start brewing in the community, to which Phoenix Labs later announced that they will maintain 100% control.  Many players gave them the benefit of the doubt or canned their emotions after some time with the announcements of full creative control. That was until more questionable trends started happening with the games development.

Long term players have greatly noticed an obvious shift in development: over-emphasising accessibility and removing barriers of entry over creating challenging content. There is a place for making a balanced game, both approachable and challenging, but Phoenix Labs has tilted the scale heavily in favor of the former. It started with the Switch release, which was very rushed. For months now, there have been numerous community posts and articles on the lacking performance with the Switch and even PC and other consoles. The current changes to the user interface is quite obviously geared towards a mobile release with its bulky placement of elements along the edges. There has also been a perpetual increase of player power, so much so that now the “hardest” content in the game for individuals or groups (Dauntless Trials) is consistently cleared in under 1 minute. The challenges that existed in the game over the last years have greatly disappeared. Even in the general progression, which used to have small gaps in player power to challenge a player’s execution, has disappeared from the game. It has gotten to a point that the developers have stated on the game’s roadmap that they are revamping core combat aspects to include weapon and cell (bonuses). 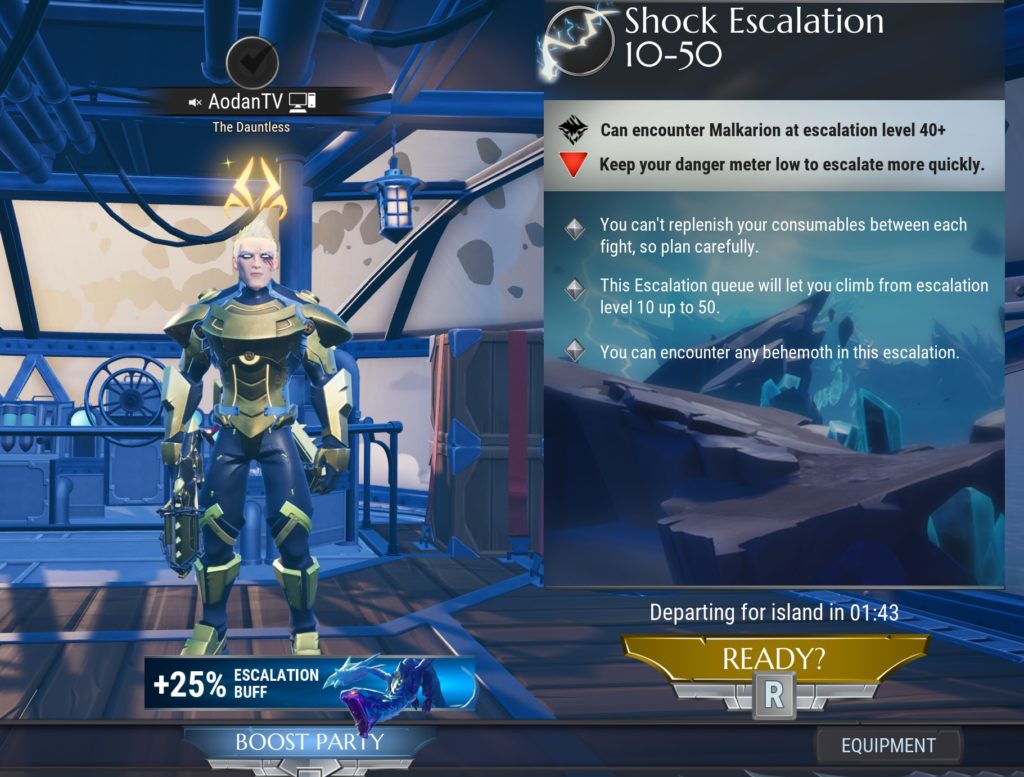 There has also been a large shift in microtransactions. Weapons previously only available through completing trials (end-game content) are now purchasable through the store. Obnoxious permanent notifications are littered throughout the menus of the game, pushing you to visit the store to buy boosters. Hunt Pass content has become less varied with the introduction of Trials currency being on the paid pass. Even their new Vault implementation to allow players to buy previous season huntpass items, requires a very heavy time investment even for those who have bought the premium Hunt Pass. They redid the way you earn points for the Hunt Pass through a Bounty system and now if you don’t have any more tokens left, you have a constant notification at the bottom of your screen to go and pick bounties, but the only way to do so, is to buy tokens from the store. Even their new Escalation mode, now has a constant banner advertising escalation XP boosters, even if you have maxed out the progression. Many of these things happened after the Garena acquisition, which many in the community stated has been a consistent theme with many of Garena’s mobile published games. Many community members, including myself, were shocked to see so many persistent notifications directing players to buy stuff. 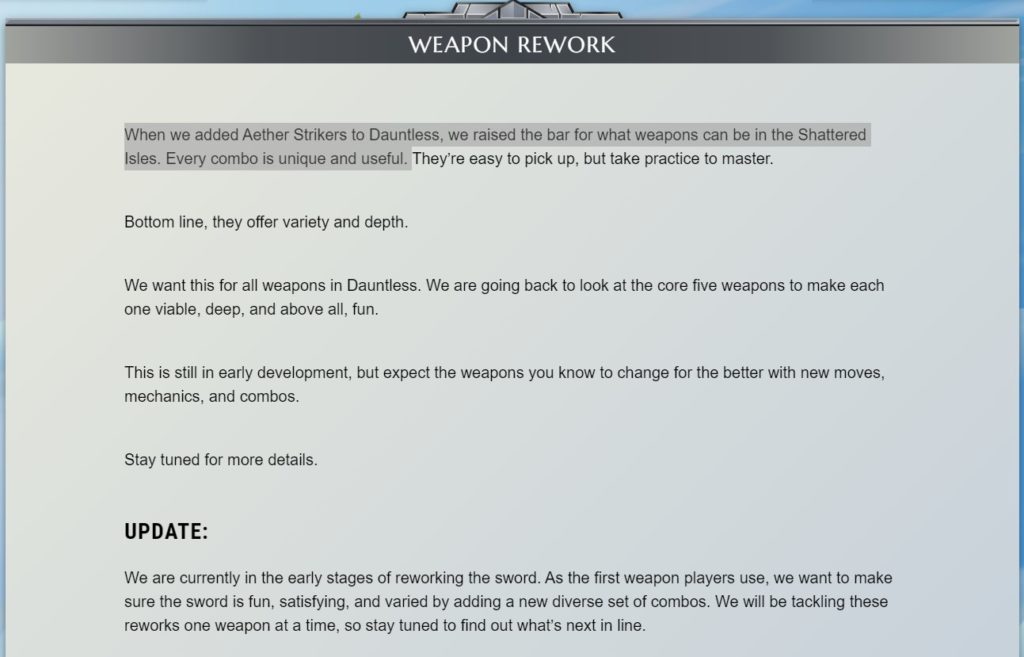 REDESIGNS AND THE FUTURE

Typically when a developer is faced with large redesigns it’s because either systems no longer make sense, or players have outgrown them. In many ways the cell system and stamina system in the game have largely been outgrown, but the developers had a lot to do with that. There are continuous implementations of cell bonuses that give up-front bonuses instead of requiring activation through execution, cell bonuses that completely negate the risk of the game, and weapon unique effects that simply increase the raw power of a player with little execution required. This has led to the forthcoming Cells 2.0, the current Weapons Rework, and though unannounced, likely an eventual rework of the armor and stamina systems.

If you read about the Weapons Rework, it was brought on by the implementation of Strikers. Previous weapons have received multiple touch-ups and expansions, including the mod and alternate special systems, which came about with how repeaters (the guns) were implemented to have a swappable design. However, all previous implementations followed a “risk vs. reward” development scheme, which kept weapons generally balanced with a few inconsistencies. This was completely flipped with strikers as they nearly ignored that previous development scheme, again to favor accessibility and ease of play. Strikers did more damage than any other weapon overall, output more stagger damage (a damage type to knock down or interrupt behemoths during fights) than any weapon, including the slower ones, and had the highest mobility with their “surge” ability. To play the strikers, you’re locked into 3 combos, which you must do in order to activate 3 mantras and progress to the finisher move. While other weapons are not locked into utilizing all their combos, it’s hard to say that strikers implementation brings variety. The developers claim that this approach was to make all combos impactful, versus the other weapons where many result in using one or two out of the various combos available in order to be played effectively. Shortly after the weapon was released, Reapeth, a long time player who no longer plays, did all the fights with strikers flawlessly and under 3 minutes, with very little practice or effort. Many top players currently in the game, known for their striker play have directly stated that strikers as a concept and implementation is leagues easier to play than the majority of the weapons currently in the game. This is further communicated by the Developers stating on Twitter, Reddit, Discord and even their official Roadmap, that they are looking at mimicking their implementations of strikers to restructure other weapons. For the average player, this sounds great, as some weapons like hammer, axe, and pike are under-utilized by a vast majority of players. For anyone who has spent significant time with the game, this looks more like the end of diversity between the weapons and possibly making the game even less challenging to play or master. 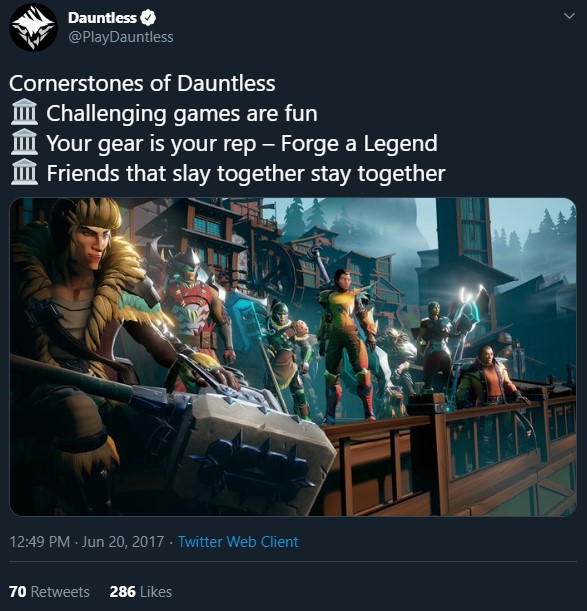 Phoenix Labs is now in a position where they need to make a hard decision that will greatly impact retention. Are they going to continue to develop the game to simply be an almost Fortnite X Monster Hunter + Paid Pass grind title or will they go back and dig into the roots that started their journey to find a balance between making an accessible game that still has challenging content which made it unique. Many games achieve this through tiered layers of difficulty (easy, hard mode, etc) even Monster Hunter has difficult content that not everyone is expected to clear. The developers need to become ok with not all content being able to be cleared by the player base, leaving content that requires dedication, commitment, and effort to clear. They need to be ok with players having to put in effort to experience their title.

As a long term player who believes in the potential this game has, it has frustrated me to see the game change in such a way, and see many dear friends made through my hunts, leave. I’ve tried to be a vocal member in the community by providing actionable feedback and feel that this article is my last-ditch effort to possibly sway Phoenix Labs focus on their current path of development.

To all you slayers that have hung in through these years, salute!