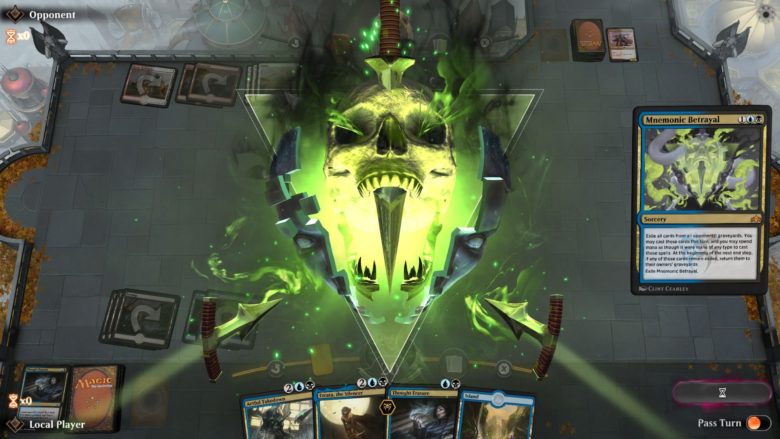 I came to Magic: The Gathering as a child in a Florida Wal-Mart sometime in the 1990s. I couldn’t tell you what the exact deck was, but there was a dragon on the cover and it was strikingly different from Pokemon, which I was and still am a rabid fan of. A relative was kind enough to help me purchase it, but because I was young and didn’t have anyone else to play with, I lost the deck. I kept playing Pokemon and put Magic on the back burner, but I was always curious about it. Dr. Richard Garfield created the game in 1993—I was four years old—so it was always in the background of my life even when I didn’t realize it. This is our Magic: The Gathering Arena review for PC.

Fast forward to 2019 and a few Twitter acquaintances are talking about Magic: The Gathering Arena, which seemed to be Magic the card game translated for a video game audience. Spurred on by my best guy friend, who’s been playing since 1996, I downloaded it and went through the tutorial. I’m happy to say it eased a complete newbie like myself into the game very easily. You’re a Planeswalker controlling magical creatures and spells in battles of strategy and wit. Friday Night Magic—weekly events at your local game store—intimidated me, but Arena’s gameplay is fast, accessible and fluid. Standard is the default mode I was playing throughout, but there are numerous other formats as well that I have yet to check out. The most recent one introduced is Brawl. Drafting is a very popular format with Magic: The Gathering players and it translates well to the Arena format, though I admittedly didn’t get to spend as much time with it. I’m new to the game and still learning. Thankfully, a helpful bot named Sparky is there to guide you through the opening tutorial and can also be an opponent while testing new decks. 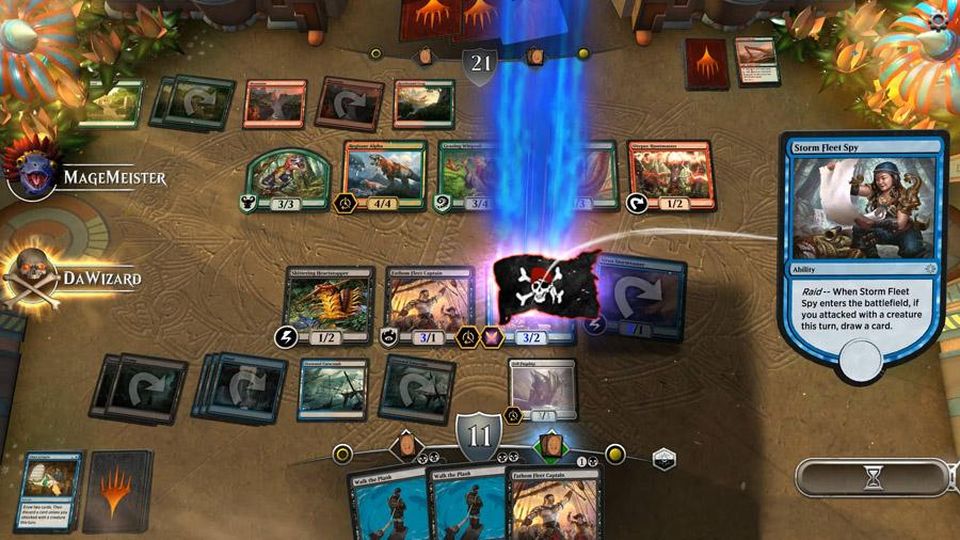 As much as I enjoy Arena—and trust me, I do—it’s not without technical flaws. The user interface could use some work and since Wizards of the Coast intend to use Arena in the esports market, the lack of an easily accessible friends list is a glaring flaw. A friends list would drastically improve the social aspects of the game and make it more fun for veterans and new players alike.  Other than that, it’s an admittedly addicting and enjoyable experience that I plan to sink a lot of time into and I highly recommend it to fellow new Planeswalkers like myself.

Game codes were provided by the publisher for the purposes of this review.