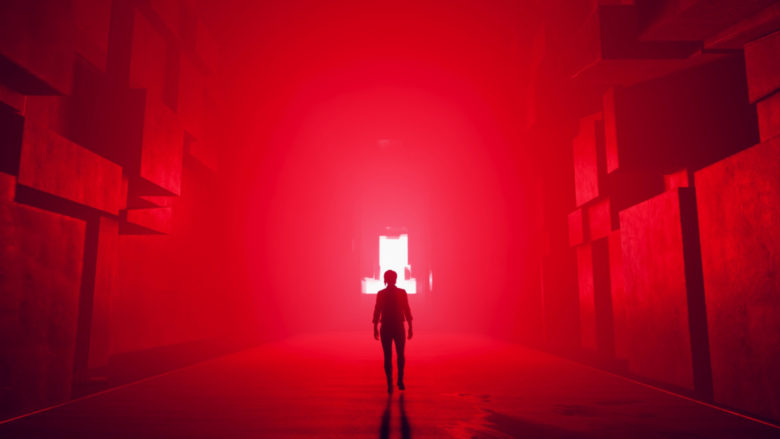 Remedy’s Control is out now, and while the rest of the team are busy moving into our own broom cupboard in the FBC HQ, I got some time to talk to the Director of Control about this brand new RPG and why it’s no normal adventure. Join us as we had our own first day on the job at last weeks Gamescom 2019 and talked Control.

Gamespace: We’re here talking to the team behind Control which is just out to find out a little more about the game and how it has progressed since we last saw it at Gamescom 2018. Could you introduce yourself to our readers?

Mikael: My name is Mikael Kasurinen and I’m the director of Control

Gamespace: Last year Gamespace had a look at control. It was a supernatural kind of thriller almost in the vein of something like X Files and it was stunning. How has it come on since then?

Mikael: When we look at the past year, we focused on demonstrating the world, the silent tone, and the environments. Gameplay was big for us. This is the world is going to get and I think the last year has been pretty much focused into crafting the different storylines, characters, and who they are. We released the story trailer roughly a month ago, and we introduce a new character as well, which we lovingly called P6 |(at the time of the interview) and so I think it was the kind of a creation of the identity and the spirit of different people inside the Oldest House that we focused on. We got to convey what they’re going through and portray on the main experience with Jesse as well.

We’ve had time to dive into what it means for her to deal with this supernatural threat called the Hiss and establish a conclusion to all of these questions.

Gamespace: In the demos that we have at Gamescom and last year we saw a lot of focus on the main protagonist of the game. The recent story trailer area has introduced a new character but is that the only character that we’re waiting to see and will we see the story flesh out in other directions outside of the main characters primary goal?

Mikael: Absolutely. So what makes this different compared to other Remedy games is that there’s not just the main plot and that’s it. Control has a lot of interesting, compelling, and weird characters that you can find. They are going through their own things in this place that might not have anything to do with Jesse and so on. You can kind of stumble upon these characters as you explore this world and then choose to help them if you want.

You will learn a lot and find a number of surprising elements in the world which define this universe. It’s not just about the Hiss, there are other things going on as well. I think this game is experienced best when you don’t know much when you go in and encountering it yourself is way more powerful compared to me, saying something about that, so I’m kind of choosing to be very vague. 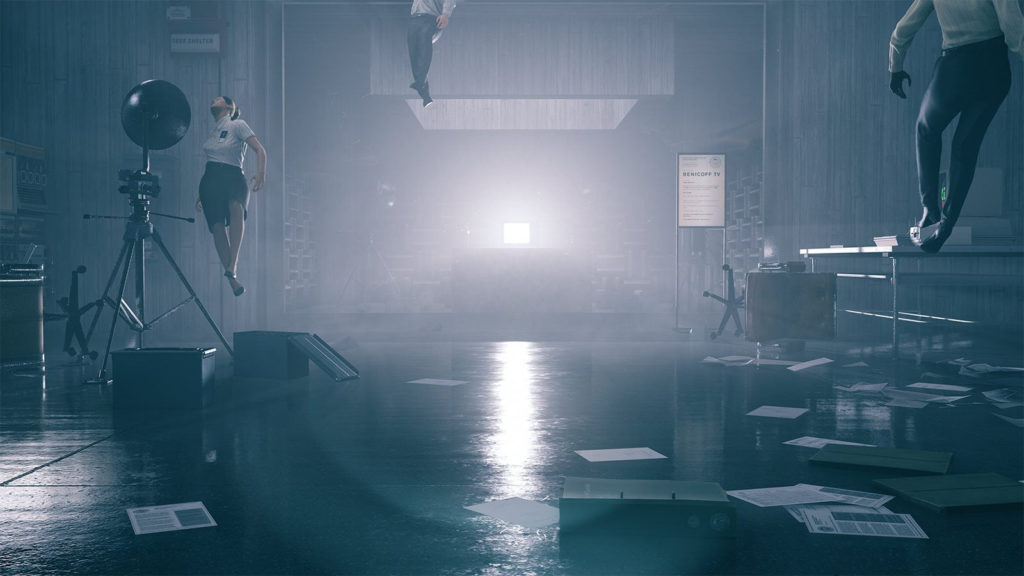 Mikael: I think it comes across when you learn things about the house. Even in the first five minutes, you will find the house is creating an environment that affects how you navigate it. There’s this definite sense of things happening around you. Just seeing the first control point that has been infected by the Hiss and watching how it pulses and shifts, the cleansing and how that changes gives the environment a feeling that it is an entity all of its own. Who knows what’s behind it, how it works, and why?

Gamespace: It has to be difficult to portray something that would otherwise be considered a backdrop almost as a character since you can’t have a direct interaction with it?

Mikael: It’s more indirect in a way. You can sense it, in a way, happening. We didn’t want to be so direct as to say this was happening and this is the reason why is happening. It is all about the mystery you are trying to create and everything is playing out inside this thing that is more complex than anything you’ve seen before.

There is this idea of the reality shifting to reflect ideals and beliefs, and concepts as you progress. When you look at the Berau and their goal of pursuing truth and understanding, it is like they want to bring order to reality but there are, of course, limits to what they can do. There is almost a reflection of that mentality in the environment itself. 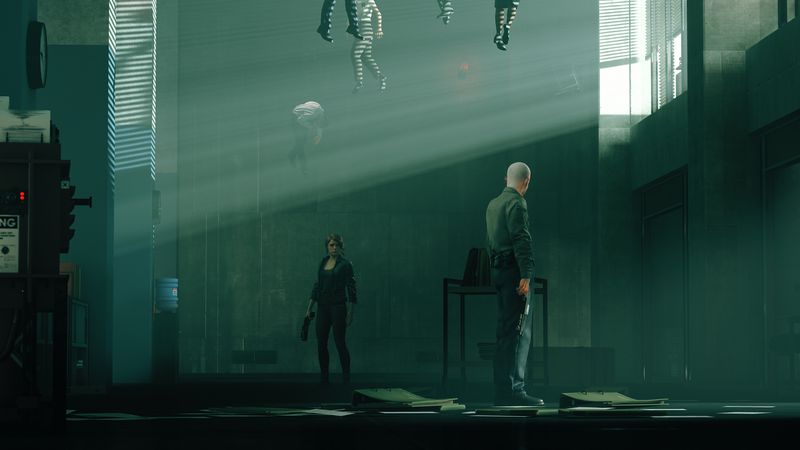 Gamespace: Are we always going to be the good guys. Our Antagonist in Quantum Break set out to bring order.

Mikael: It’s a complex world. When I look back at Remedy games I think that we always like to dabble with the grey areas more. Our villains tend to have good intentions. Tha’s almost the definition of a good villain. We don’t want to have an archetypal evildoer just doing evil things. That is why the bad guy is pursuing his goal. What is different in Control is that the definition of a villain is a bit complicated in this game. Is a disease a bad guy? Is it evil?

The reality of the situation is what it is and do we understand why it has occurred and the Bureau wants to bring order, while we might want to take that apart and understand it and realize that there is a deeper complexity to things than just order and chaos.

Gamespace: It’s a very pertinent question to ask players. What is right and what is the best we can do.

Mikael: Sure and that’s one of many questions. What should we do with this? Should we try to contain it? Should we study it? Should we try to harness it? It’s about humanity and human choices and at the end of the day, there are layers to the story and what humans want to do, including Jesse. On top of that, there’s is also the layer of the world and environment that has an almost impenetrable side to it that we don’t always understand but try to harness. That runs alongside the human story of JKjesse and her brother.

Gamespace: How much of the gameplay is focused on Jesse and her story?

Mikael: The story of Control is primarily about Jesse becoming the director of the Bureau and her first day on the job, which is not the easiest. It is almost an origin story for Jesse. It has a ton of other things going on in a complex world but that is what we are doing today. 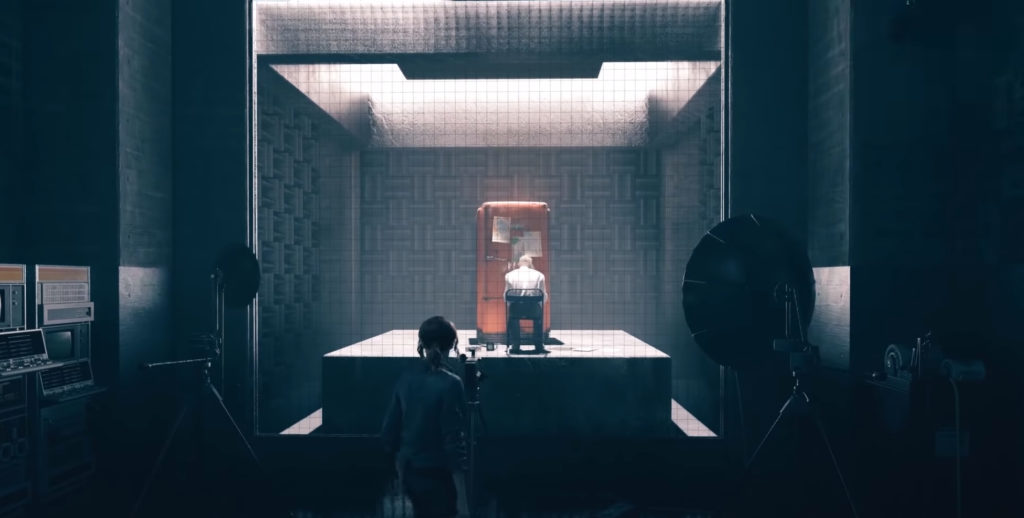 Gamespace: Moving towards the other characters, last year we saw a man trapped watching a fridge. How do you come up with these ideas that seem to touch on pop culture references?

Mikael: Pop culture can be a tricky thing to approach. You talk about Pop culture and you might think of vampires, right? Then you might talk about stranger things than even that. What was important to me from the get-go was to avoid ideas that come with a lot of established history and baggage that might define the game too much. If there was going to be werewolves in a game like this then it would be a completely new take on what they are. It was important that we avoid this and avoid defining the game from these existing tropes.

Instead, we tried to create ideas and phenomenon that were almost always unsettling. We wanted to be subtle about it and have things happen that are grounded in the world they exist in.

For the man that has to watch the fridge, it started with observation.  When you look at quantum physics there is this idea that observation changes the way things work. In understanding that it sparks your imagination. That gives you the idea that, in this instance, observation is mandatory and if somebody does not observe an item things might begin to deviate. So, it starts from this simple idea, often based on a real thing, which we twist into something interesting and compelling.

Gamespace: So as we progress through the game and we encounter these ideas, can the player fail and do we see the consequences of that failure?

Mikael: I’d say that this game treats a supernatural phenomenon as if it was real. The consequences are treated as such and when things go wrong it is not that easy. It is a brutal complicated world. Scars are left after you try to clean up after the Hiss. It;’s like an oil spill. When you clean it up you see consequences. There are no magic tricks or neat solutions in this world.

Gamespace: thank you for your time today and we can’t wait to get our first day on the job.

While we had the opportunity to dig deep into the character progressions and combat systems at Gamescom 2019, we’re going to save that for whichever member of the Gamespace team is ready to step up and take on the job of Director. If you think that you are ready to lead the Bureau then Control is out on PC, Xbox One, and Playstation 4 now. You can find out more about the game over on the official website.

Written by
Ed Orr
For those of you who I’ve not met yet, my name is Ed. After an early indoctrination into PC gaming, years adrift on the unwashed internet, running a successful guild, and testing video games, I turned my hand to writing about them. Now, you will find me squawking across a multitude of sites and even getting to play games now and then
Previous ArticleThe Most Popular Esports Of All TimeNext ArticleNiffelheim console launch trailers showcase the lure of Valhalla 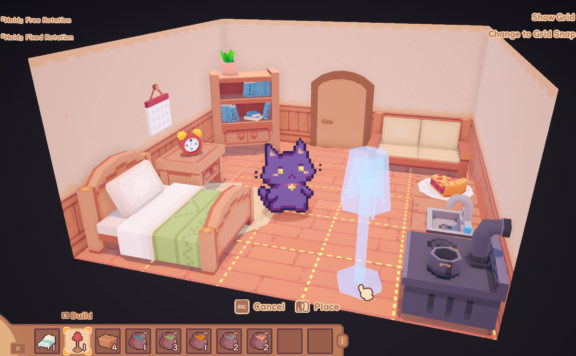