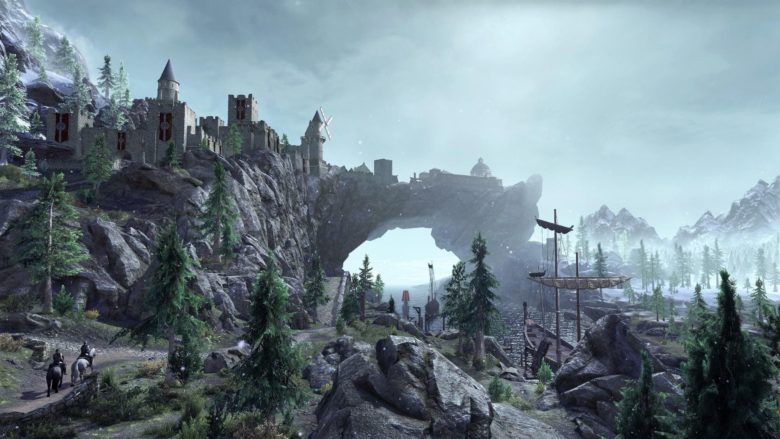 Last week Zenimax Online Studios took over the HyperX Esports Arena to share their The Elder Scrolls Online: Greymoor announcement with the world. The initial announcement painted the broad strokes on the Greymoor canvas, with the post-show filling in some of the details. With a few hundred of the TESO community present at the event, this marked the first time players were able to experience the announcement live. After his time on stage, I got the chance to sit down with Rich Lambert, Creative Director at Zenimax Online Studios, and gain some insight into how the TESO community influences the creative process behind bringing a year-long story like The Dark Heart of Skyrim to market. 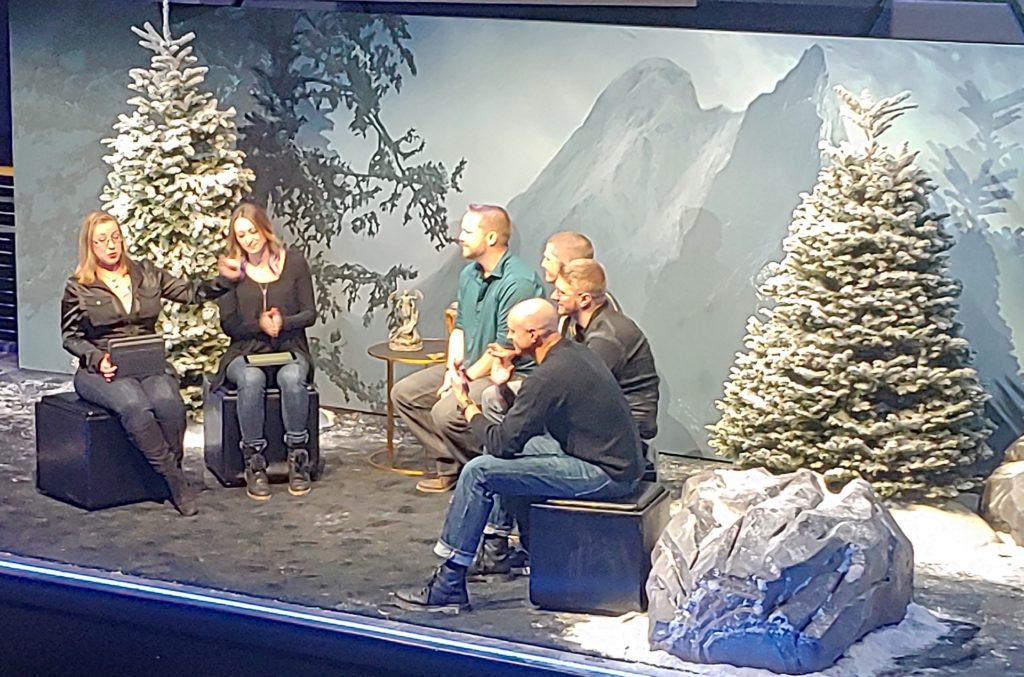 GS: How important was it to you to have the reveal with a live group present?

Rich: It’s huge. I mean, they’re the reason why The Elder Scrolls is where it’s at today. You know, they support us. As you heard, we’re loud and rowdy and having a lot of fun. This is a big year for us. And this is a hugely exciting thing, especially with the addition of this all-new style of gameplay in the antiquity system. So having them here was huge for us.

GS: You talked about community involvement several times during the presentation. How instrumental is it during creation that you’re taking the feedback that they have? How do you decide, ‘Yeah, we can do that,’ or ‘No, let’s move somewhere else’?

Rich: It’s it’s definitely something that we use to help us make decisions. It’s not the only thing that helps drive decisions, but listening to what your players are telling you is a big part of making a good game. Sometimes, you know, they might not necessarily have the answers to the problems, and what they’re complaining about might not necessarily be the problem, but it gives you a really good insight into how they play the game and either what’s bothering them or what they want more of.

GS: With bringing back characters like Lyris and other characters like her, how do you guys decide, ‘Which ones are we bringing?’ because somebody is going to be mad you didn’t bring back one of their favorites.

Rich: That happens internally too, it’s a battle. It’s hard because when we do our jobs right the characters that are in the game are memorable and people fall in love with them. And sometimes characters that we don’t really intend to be these over the top crazy memorable characters turn out that way and they kind of surprised us. So what we try to do is think about who our personal favorite characters are and then how that relates to the characters that the community really loves and likes. Then we kind of duke it out over the ones we wanted to bring in. For this year, because we were going to Skyrim and Lyris has this really cool, interesting background story about being this half-giant, and her mother was a Nord and her father was a half-giant, and we wanted to tell some more about her backstory and who she is, and really explore more of that, because we didn’t get to do a lot of that in the main story. 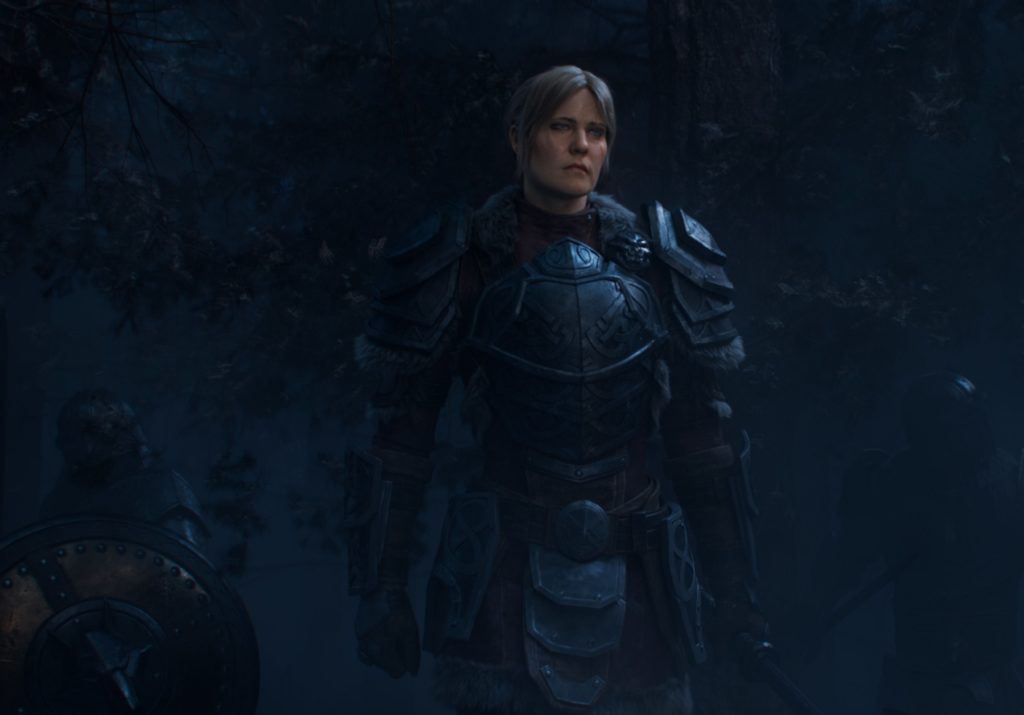 GS: Do you already have the narrative and then fit the characters in or do you bring Lyris and then make the story go that direction?

Rich: So when we’re coming up with kind of where we’re going next in the stories we’re going to tell, it’s a pretty intricate process. We look at the map and kind of where we’ve been. We look at the types of locations that we’ve been to. And then we also look at kind of the feelings that we’re having in those areas. So when we compare and contrast Elsweyr with Skyrim, they’re almost polar opposites, right? You know, Elsweyr is a desert, obviously. The Khajiit are a very kind of happy go lucky, weird, quirky people, and the Nords are serious and harsh, and you know, you’re in the ice and snow. So it feels very different. And those are the things that really go into what are the stories and where do we want to go next.

GS: The Elder Scrolls Five has been very popular. Some of us older gamers remember way back before that but for some players, it’s probably the biggest foundation, with a number of years and all the mods and everything they’ve put into it. How do you figure out how you’re going to make the area? There’s a time gap there, and you talked a little bit about a twisted, darker Western Skyrim than we’re used to seeing. How do you try to blend that together? And try to keep everybody happy with that type of change in the setting?

Rich: We’ve definitely learned over the years you’re not going to make everybody happy. We always want to go and kind of forge our own path and tell our own stories. You know, the Bethesda team knocked it out of the park with Skyrim. Like, they told that story. That story was amazing; that world is amazing. So we don’t have to rehash that; we don’t have to redo it. We can go and we can focus on our own things. But there’s an expectation there when you say you’re going to Western Skyrim that it’s gonna feel familiar. So we wanted to make sure that that was there while we were still telling our own story. That’s why we don’t have dragons; it’s werewolves and vampires and weird storms. Going into Blackreach and making Blackreach a larger focus flips the narrative on its head and really makes it our own.

GS: Speaking of lore, we’re getting the Antiquities system. I’m guessing you’re pumped about being able to add another layer to the lore gathering. The completionists out there are probably going to love that a lot.

Rich: They are because as they are kind of going through and collecting these items, not only are they ticking off the checks in their sticker book with, ‘Hey, I got this item, I got this other item,’ but there’s also a lore collection component to it as well, where you actually have to dig up multiples of these objects to learn more about them which is cool.

GS: I think during the presentation you said you have to be CP 160 to use the mythic items?

Rich: For the mythic items only, they only drop at higher levels. But that’s not going to be a huge huge problem because they are the rarest in terms of quality level. So you have to actually level your way through the Antiquity skill line and put skill points into there in order to unlock even the ability to start to find those at that quality of antiquity.

GS: With Harrowstorm, you said that it lays a found a strong foundation for the rest of the year. What about for the players that don’t wish to purchase that?

Rich: They’re not going to miss any of the major beats. Kind of like last year, and we took a step up with that, they’re going to provide a lot more back story and context for the events that are going on.

GS: I love ‘revamp the vampire,’ it’s such a dad joke. With that happening, are we going to see any other possible new skill lines coming out besides Antiquities this year?

Rich: We’re in the background working on combat and whatnot. The last couple of updates have been working on establishing baselines and there’s been kind of a lot of change over the last couple of updates. With this year we wanted to focus a little bit more on slowing that pace down so players don’t have as much change, but also focusing on improving the overall performance and improving the overall experience of combat and the vampire skill line was a big part of that.

GS: I have another player asking about changes for the CP system. Do you have anything in the pipeline?

Rich: It’s something we are actively working on. We’re not quite ready to talk about it yet, but we’re getting close.

I would like to thank Rich for taking the time to sit down with a filthy casual such as myself and share some insight into the creative decisions behind The Elder Scrolls Online. The new Dark Heart of Skyrim adventure begins its year-long journey with the release of the Harrowstorm DLC dungeon pack in March, followed by the release of Greymoor on May 18 for PC/Mac and June 2 for Xbox One/PlayStation 4.

Written by
Mitchell Gassner
Old enough to have played retro games when they were still cutting edge, Mitch has been a gamer since the 70s. As his game-fu fades (did he ever really have any?), it is replaced with ever-stronger, and stranger, opinions. If that isn't the perfect recipe for a game reviewer, what is?
Previous ArticleThe Walking Dead: Saints and Sinners Behind The Scenes Shuffles OutNext ArticleMHW: Iceborne Presents 2020 Roadmap 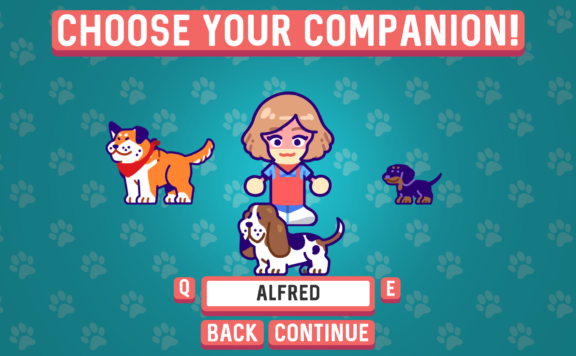 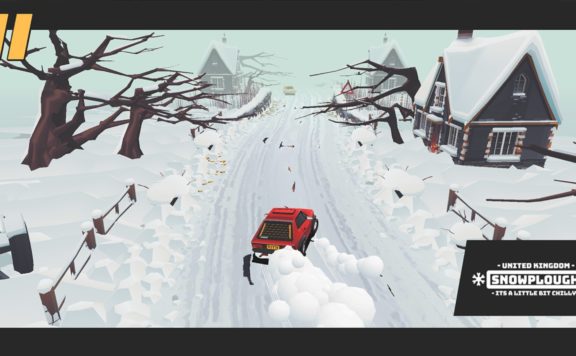