It is the place where I experienced the nightmare that every first-time on the slopes has: falling at the ski lift. Sparing you all of the details, I will simply say this: I fell, the lift dragged me a bit, and they had to stop it. It was just plain awful. The review I am about to share with you brought me back to that place. Not the “I am going to die” place, but the place after where I marveled at the engineering feats that made the lift possible… followed immediately by reinforcing my crippling fear of plummeting to my death. This is our review When Ski Lifts Go Wrong.

When Ski Lifts Go Wrong is a physics-based construction simulator from HugeCalf Studios and Curve Digital that entered Early Access in 2017. Your objective is to make sure that your patrons have a safe and fun time on your slopes, but how you achieve this goal that may very. While the aim may include getting skiers onto the slopes, skiers are not the only ones to occupy these hills. 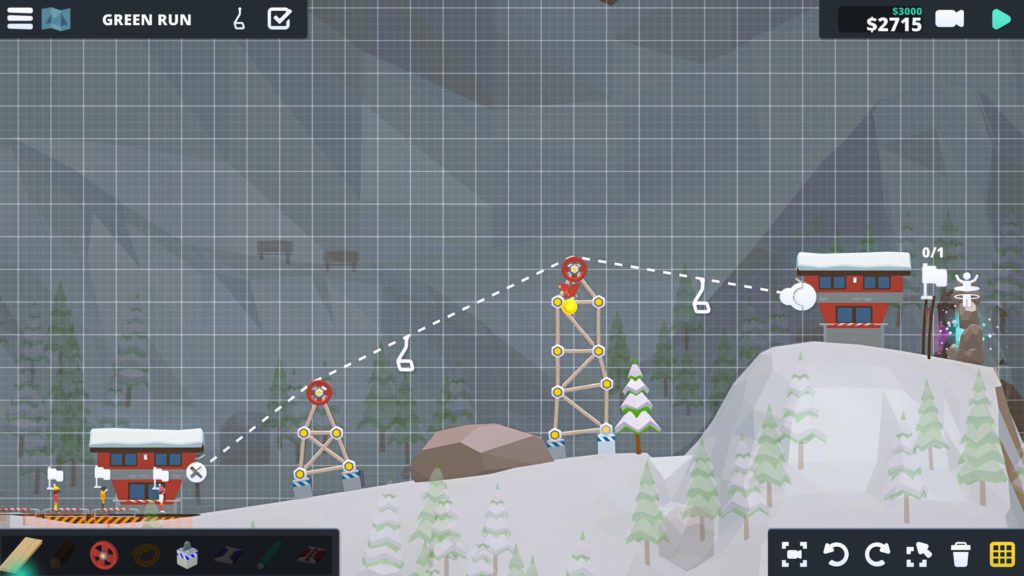 In When Ski Lifts Go Wrong, you will build ski lifts, but you will also build ramps for snowmobiles to jump, help BMX bikers traverse mountains, and  erect gondolas to transport patrons from one end of the course to another. Each course caries with it a main object along with a series of bonus objectives. These objectives include keeping your course under a certain budget, grabbing medals through the levels, and making your structures withstand the stress of their task.

While this may sound simple, remember: this is a physics-based challenge. Your structures are beholden to gravity and the weight that you put on them. A tower may stand on its own, but that extra stress from operating a lift pulley may just be the thing that tilts the tower. The good news is that each component can give you a live readout of the stress they are under and you have a 3D camera to adjust your field of view for better insight. These features can help you identify weak points with your structures and accommodate… or you could just keep sending your poor patrons to their bloody, bloody deaths. 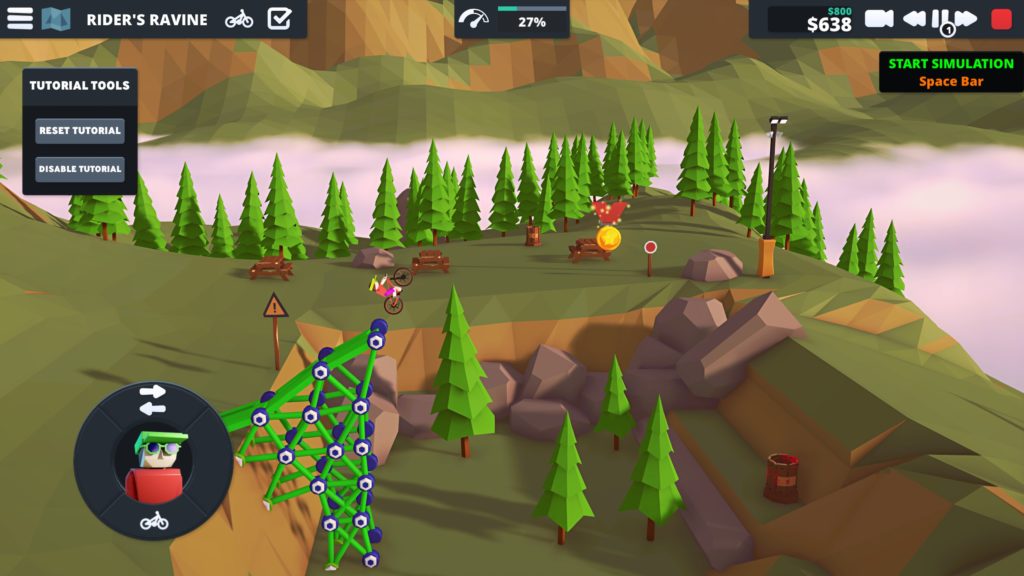 It isn’t all tipsy buildings and precariously place pulleys. There are some tracks where the goal is to control a skier, biker, or snowmobiler across a course. Using WASD keys, you can lean, crouch, accelerate, and decelerate – all dependent on what you are controlling. Controls within these moments are fairly basic.

If you want to take the mayhem beyond the 104 levels of its campaign, When Ski Lifts Go Wrong has a robust Sandbox Mode which will allow you to craft your own obstacle. There is also a Workshop Mode which allows you to share your creations and experience the creations of other players. If you find a map maker you like, you can subscribe to them and filter maps by your subscriptions.

One of my biggest frustrations with When Ski Lifts Go Wrong is its use of the 2D and 3D space. While you can manipulate the camera as the course is running, objects like tree behave as though the course in 2D in a 3D space. This means that you will always collide with trees and you are never able to build around them even though they are clear from other objects in a 3D space. It’s a minor quirk, but it does negatively impact the game, albeit does create some pretty humorous death-by-Douglas-fir moments. 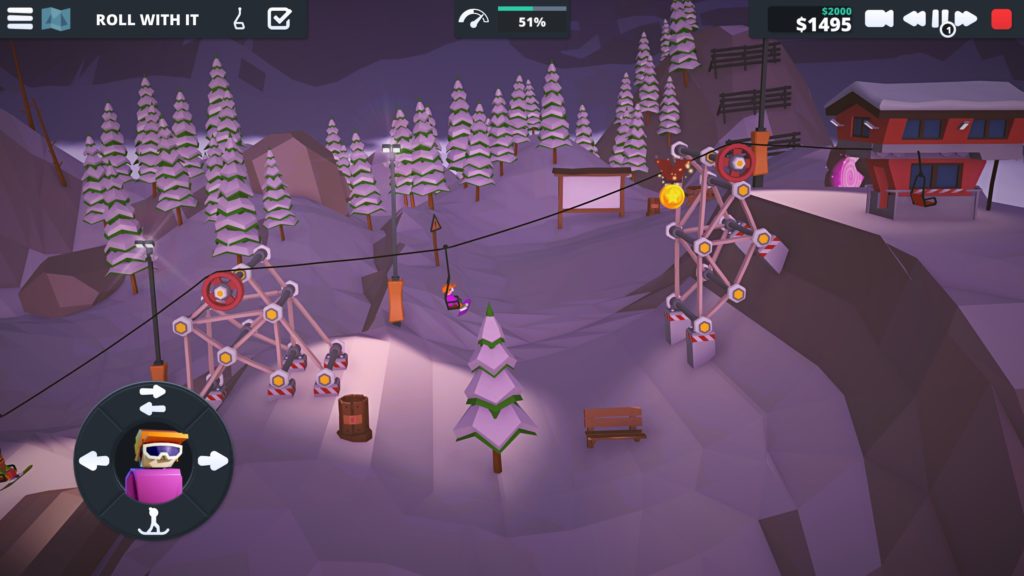 If you enjoy construction games with a comical twist, you can’t go wrong with When Ski Lifts Go Wrong. Its peppy soundtrack as well as its pastel color scheme will have you sending skiers to their untimely doom as you figure out the best ways to balance safety and stability with a budget.

When Ski Lifts Go Wrong is available on Steam for MacOS and Windows for $14.99. There is also a Nintendo Switch version which is slated to release in 2019 as well.

Tags: construction, indie, multiple objectives, physics builder, sandbox, When Ski Lifts Go Wrong
Summary
When Ski Lifts Go Wrong is a brightly colored exercise in balancing creativity and gleeful devastation. You get to choose how your patrons get from one end of a course to another by choosing the most elaborate or elaborately janky means to achieve your goal. For the adventurous parents who want to build with their kids, When Ski Lifts Go Wrong does have a gore filter to keep the bloody mayhem at a minimum.
Good
Bad
8
Great

Poley Mountain.  It is the place where I experienced the nightmare that every first-time on the slopes has: falling at the ski lift. Sparing you all of the details, I will simply say this: I fell, the lift dragged me a bit, and they had ...
9.8
Average User Rating
2 votes
Have Your Say!
Your Rating: 0
Submit
Write A Review