I remember back when I was around 14-years old. As the youngest child of divorced parents, both my mom and my dad tried to find ways to “connect” with me. At the time, my dad was an avid golfer and it was here that he chose to create a bond. He bought me a sweet set of clubs, a bleached canvas bag and white golf shoes with that flappy thing over the top. I was a softball and volleyball player so I figured that golf couldn’t be that hard before learning to my chagrin that golf is hard. I’ve had to learn the same lesson while playing The Golf Club 2019. But that’s not as bad a thing as you might imagine. This is our The Golf Club 2019 review.

I’ll start right off by saying that I am terrible at The Golf Club 2019. Even “very easy” mode is challenging because the game mirrors real life in real ways. In other golf games that I’ve played, there’s a handy meter along the side that helps guide shots and a target to shoot for that can be moved both laterally and vertically. In short, there are things in those games that help the golfer along that won’t be present until someone invents sunglasses with all sorts of data scrolling along the edges. So, while TGC19 does offer some assistance to the player, it’s not quite as blatantly “in your face” as other games. In addition, while a club is auto-selected before every shot, it’s not necessarily the best club as I found out to my double-bogey-prone chagrin.

Yet even saying that I’ll say again: None of this is a bad thing. In fact, it’s probably one of the more realistic golf games that you will ever play, though it does have its shortcomings. More on that in a bit. 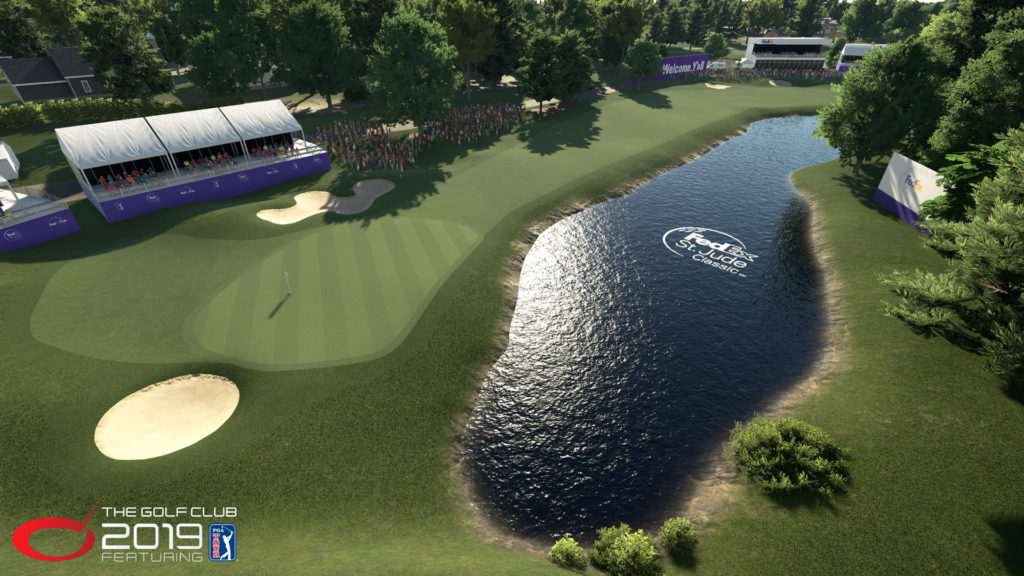 You start the game by creating your golfer. You have an extensive list of customizable options including gender, facial features, body dimensions, hairstyle and so forth. As an avid RPG fan, this really appealed to me, though I have to say that the models are…um…not up to par. *bum tiss* Yet even saying that I’m not playing TGC19 to look at my golfer anyway so it’s forgivable, if less polished looking than I might have wished.

From there you’re off to the practice range and it’s there that you really see how lousy you are at the game (or how great!) using a mouse/keyboard set up or by using a game controller. Honestly, I finally gave up on the range in a huff because I simply couldn’t get the shots done in the precise way that was expected.

PRO TIP #1: Turn off the voiced commentary. It’s not bad exactly, but it can get on your nerves if you’re struggling.

But get used to the driving range because you will ultimately spend a lot of time there because you’ll actually need to. The thing about The Golf Club 2019 is that, as in real life, there’s no one way to accomplish any shot whether aiming for a specific spot on the fairway or trying to hit the long ball or chip the perfect approach shot. It’s a game of “hit or miss” and it will take a long time to perfect your game. 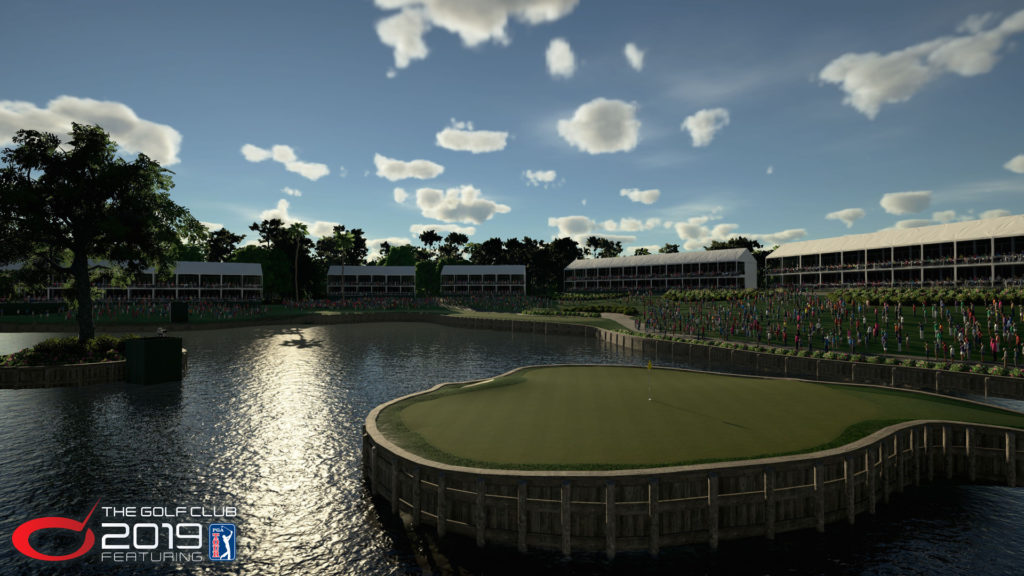 The most frustrating thing about the game is the inability to even try to understand the best way to approach any given shot. While practice will help and, as in real life, the more you play, the better you’ll get, it’s still tough to wrap your head around sometimes. Backswing and follow through must be timed perfectly to have the ball land where you want it to. Additionally, you can’t move the target circle vertically, only laterally. I can only surmise that it’s because the game wants you to think about the club your using, the weather conditions, wind speed and direction and so on. Being able to move the reticule vertically would “auto choose” another club.

But I digress: The most difficult shots to make are chip shots – you honestly have NO idea where that ball’s going to go. Sometimes it’s spot on. Sometimes it dribbles about three inches. Sometimes it hurls itself through the air like the cow in the Wizard of Oz tornado. The key is timing and timing and perfecting the half- or two-thirds swing to make the ball go where you want it to go. When it works, the angels sing. When it doesn’t it’s enough to make you want to hurl your virtual club at someone’s head — or toss your mouse out the window. But again, the name of this game is realism and these experiences mirror golf in all its frustrating and exhilarating ways.

PRO TIP #3 – When you feel frustrated, stop playing for a bit. Progress is retained!

Probably the biggest change in this year’s version of The Golf Club is the new partnership with the PGA Tour and 2K Games. The former led to the addition of official courses like TPC Scottsdale Stadium, TPC Sawgrass, TPC Boston and others. Each is recreated to minute detail and they are gloriously rendered. You honestly feel as if you’re playing on a professional-level PGA Tour course. The only problem is that there simply aren’t very many….yet. Hopefully, more official courses will be added over time. 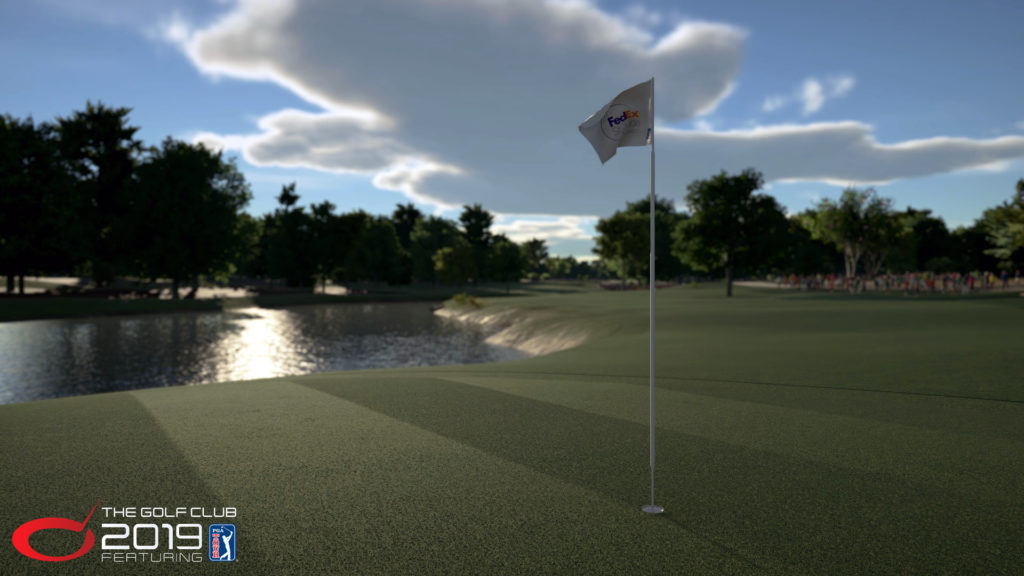 Most of the time you’re in Career Mode trying to qualify for the PGA Tour, you’ll be playing on courses created specifically for the game. As with the PGA Tour courses, these are also created with loving detail, though not having a real-world course to compare them to makes them a bit less thrilling, though certainly not less challenging.

The star of The Golf Club 2019 and the games that came in years past is the ability for players to create and share their own courses by using the editor. It’s a completely standalone feature of the game so even those who might not like to play but who love to create will find a lot to do. The bottom line is that you can play for days…weeks…months…heck, maybe even years without ever playing the same course twice.

PRO TIP #4 – You can create & share your own courses! You can download hundreds of custom courses too!

There’s a robust multiplayer component too. Players can challenge one another via the matchmaking feature or they can create private matches with friends online. Those with a collegial bent can band together into something called a “society” that allows leaders to set up events like tournaments, duels, or just friendly matches within the group. 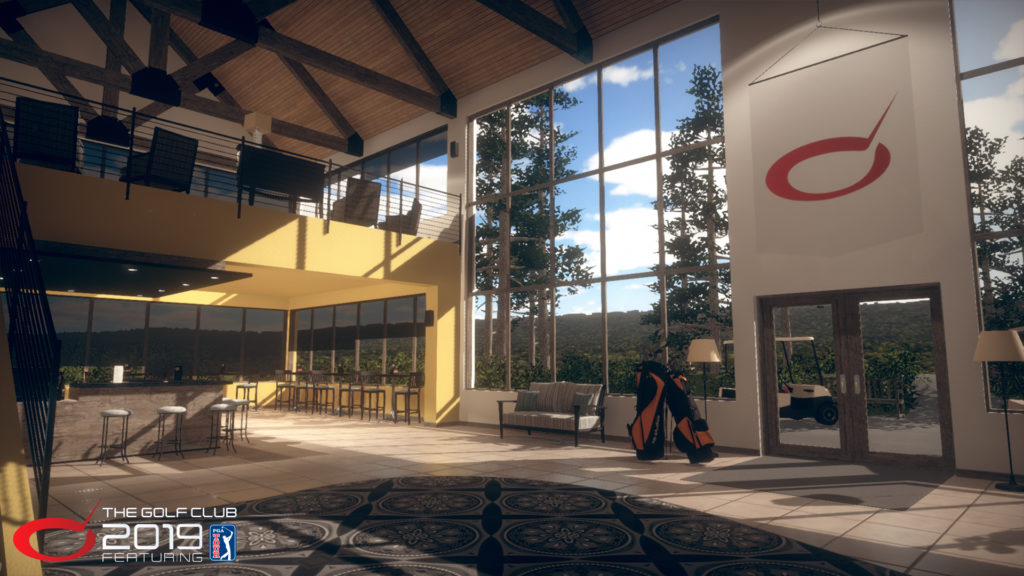 PRO TIP #5 – Did I say practice!? The more you do, the better the controls feel thanks to muscle memory for precision shots.

Our review of The Golf Club 2019 was completed thanks to a Steam PC key from the publisher.

The Golf Club 2019 is available now for PC, PlayStation 4 and XBox One.

Tags: 2k games, golf, HB Studios, pc, PGA, playstation 4, review, sports sim, steam, the golf club 2019, xbox one
Summary
The more you practice The Golf Club 2019, the better you’ll get. Not only will you feel better once you hit the links, but you might also find yourself competent and skilled enough to actually finish (and hopefully win!) an entire round! From there, the rest is history. The Golf Club 2019 is a winner in my book and certainly a game that fans of golf sims and realistic sports games will treasure for years to come.
Good
Bad
8
Great 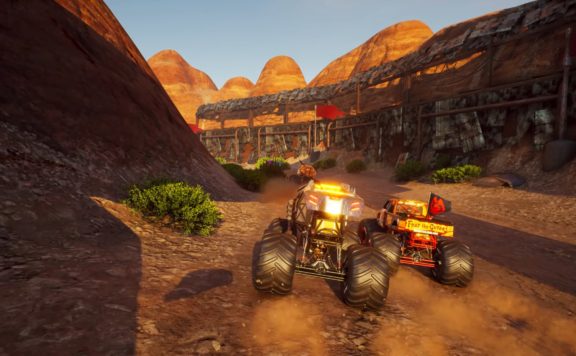 I remember back when I was around 14-years old. As the youngest child of divorced parents, both my mom and my dad tried to find ways to “connect” with me. At the time, my dad was an avid golfer and it was here that he chose to create a bond...
8.3
Average User Rating
6 votes
Have Your Say!
Your Rating: 0
Submit
Write A Review