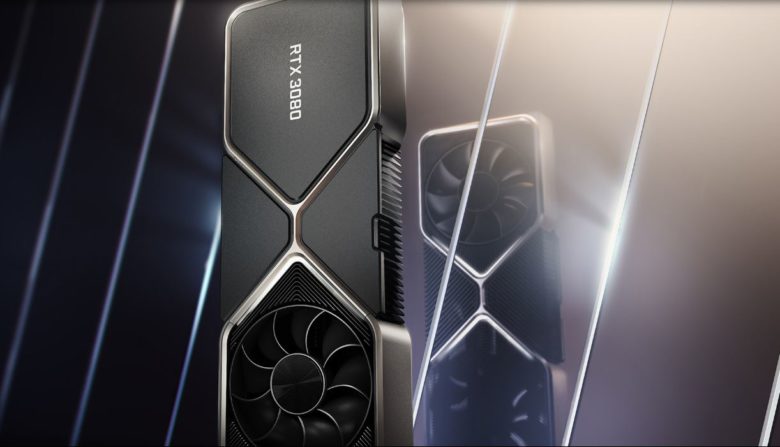 As of today, September 17, 2020, there’s a new sheriff in town and its name is the Nvidia RTX 3080. The new flagship graphics card from Nvidia is toting some serious firepower, with 8704 CUDA cores, 10GB of GDDR6X memory, and a 1.7GHz boost clock. For any non-techies out there that simply means it’s by far the most powerful video card on the market. The 3080’s price tag of $699 may sound like a lot to spend on a graphics card, but considering it outpaces yesterday’s king of the hill, the RTX 2080Ti, for $500 less, you can expect the shelves to be empty rather quickly.

More and more games are bringing my current card (AMD Vega 64) to its knees with sub 60 frames per second performance at WQHD resolution (3440×1440), and I wouldn’t even think about moving to a 4k monitor without an upgrade. It’s a first-world problem for sure, but an upgrade to a 3080 will get me back over that 60fps target for quite a while. An upgrade will also give me the ray tracing treatment that I have been drooling over for the last year or so. Both next-gen consoles coming out with ray tracing packed inside gives developers that much more reason to include ray tracing in their games (face it PC gamers, we aren’t the driving force in the gaming market) so the number of ray tracing enabled games coming out should finally start to warrant paying for the tech.

I don’t even have the card yet, but I do have a list of games that I plan on playing once I do. Some of the games have already spent time on my hard drive but had to be played at a lower resolution or quality settings. With others, I will be taking my first run through in all their visual glory. So, if you’re like me and plan to put your $699 purchase through its paces as soon as it’s installed, here are 10 games that deserve a playthrough on your brand new RTX 3080. And be sure to let us know in the comments below which game you plan on playing first when you install your new card.

What better way to showcase the supernatural power of an RTX 3080 than with the supernatural events of Control. Control wasn’t the first game to feature ray tracing but it was the first title that made people sit up and pay attention to what the RTX cards had to offer. I haven’t been able to confirm this theory, but I believe the design of the 3080 Founders Edition is the end result of the R&D team at Nvidia getting their hands on one of Control’s Objects of Power.

Death Stranding is one of those rare games where turning all the graphics settings to Ultra doesn’t require a cutting edge PC. Even on the PS5 – it was exclusive to that console for 8 months – the visuals are beautiful. Given that the RTX 2060 could top 60fps@4k with DLSS on, the 3080 is absolute overkill and should peg the framerate at your monitor’s maximum threshold. Doesn’t that just sound delicious? It does to me.

If you’re looking for a game where humanity screwed everything up and you’re one of the unfortunate souls that must try to survive in the post-apocalyptic aftermath, then Metro Exodus is right up your alley. Or a subway tunnel in this case. Using a 3080 I will be able to experience Metro Exodus with a darker, scarier treatment that only ray-tracing can provide.

I honestly don’t remember the last time I finished an Assassin’s Creed game. Not because they are bad but because I always get engrossed by the immersive worlds that Ubisoft creates and begin exploring all there is to see, never to return to the main storyline. AC: Valhalla may be the game to change that, but I really doubt it since the 3080 should give me a world the likes I have never seen before even without the bonus of ray tracing and DLSS. Funny thing is I’m perfectly fine with it.

Cyberpunk 2077 has been my most anticipated game this year. Each time CDProjekt Red announced a delay it was as though someone had punched me in the gut. But I’m told that all things happen for a reason, and Cyberpunk being delayed until after the RTX 3080 launch is proof of that. Now I will (hopefully) be able to immerse myself into Night City without worrying about which settings I have to turn down to maintain a decent frame rate.

If you think your older video card is “doing just fine, thank you very much” then I have a challenge for you. Take your copy of Total War Saga: Troy – you did pick up your free copy from the evil Epic Games Store, right? – and try to run the included benchmarks at the Ultra setting. Heck, don’t even worry about trying it at 4k, just run it at 1440p and see how well your card handles it. Odds are it will fall to its knees begging for mercy faster than a warrior staring down the receiving end of Achilles’ spear. The RTX 3080 may just be the gift of the gods you need to conquer the battlefield.

Watch Dogs: Legion is one of those games I would get around to when I had the time but wouldn’t normally be a day one purchase. Legion immediately moved its way up the list of games to play when Ubisoft announced that WDL would be bundled with the purchase of an RTX 30 series card, meaning I get to take back London for free.

Before MSFS launched last month I hadn’t played a true flight simulator for several years. Since its release, I have been making up for lost time. The game is mostly beautiful, but I haven’t been able to run it at maximum settings without turning it into a choppy, stuttering mess. With a 3080 under the hood, that won’t be a problem any longer.

A few months ago MechWarrior 5: Mercenaries added ray tracing and DLSS 2.0 to its arsenal. Just like adding some heatsinks to your mech will help you survive the battlefield, the upgrade to DLSS 2.0 has given an fps boost to the game without the blurriness tradeoff that 1.0 had. Blowing up mechs should be even better with an RTX 3080 in your mech.

Red Dead Redemption 2 is another one of those pesky games that gave me so much to do and see that I never finished the story. Sort of a recurring theme, huh? My original playtime was on an Xbox One S so I have never experienced what the wild west looks like with the power of a PC rendering it. I do know that even a 2080Ti couldn’t give a buttery smooth 60fps with the graphics settings turned all the way up, so here’s to hoping the 3080 will have that extra oomph to get the job done. I’ll have to follow in Arthur’s footsteps and resort to a life of crime to afford the 3090 if it doesn’t. 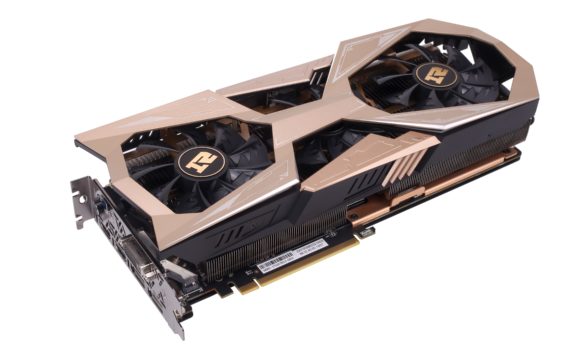 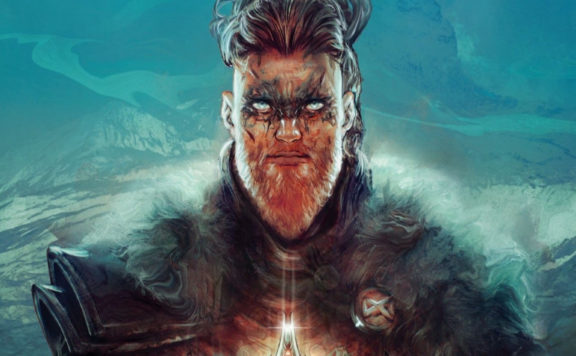