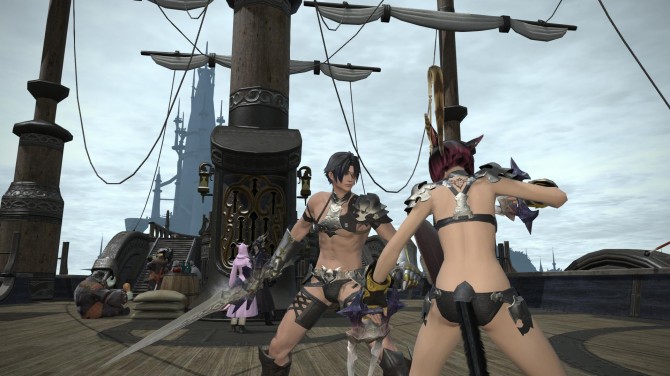 Now that we’ve got the eye candy rant out of the way-let talk about something eye candy adjacent-armor. Specifically, the unrealistic silliness that is video game armor. No, we won’t start with the cheese/beefcake factory that is Tera. I think we can all agree that shiny metal stickers (because most it has *got* to be adhesive) do not constitute armor, and bare chests aren’t exactly great protection for oncoming blows-even with chiseled pecs and a six-pack that looks like it was carved out of granite. Points are given, though, to the Tera animators for upping the bar for equality in eye candy-even if the men are still better covered than the women.

To be fair, equality isn’t all it’s cracked up to be in some cases, vis a vis:

Yeah. That’s so not the case. And probably for the best. I expect the chainmail would catch on chest hair pretty bad. When we do get armor equality, we often end up with things like this, instead (props to the Division 2 folks): 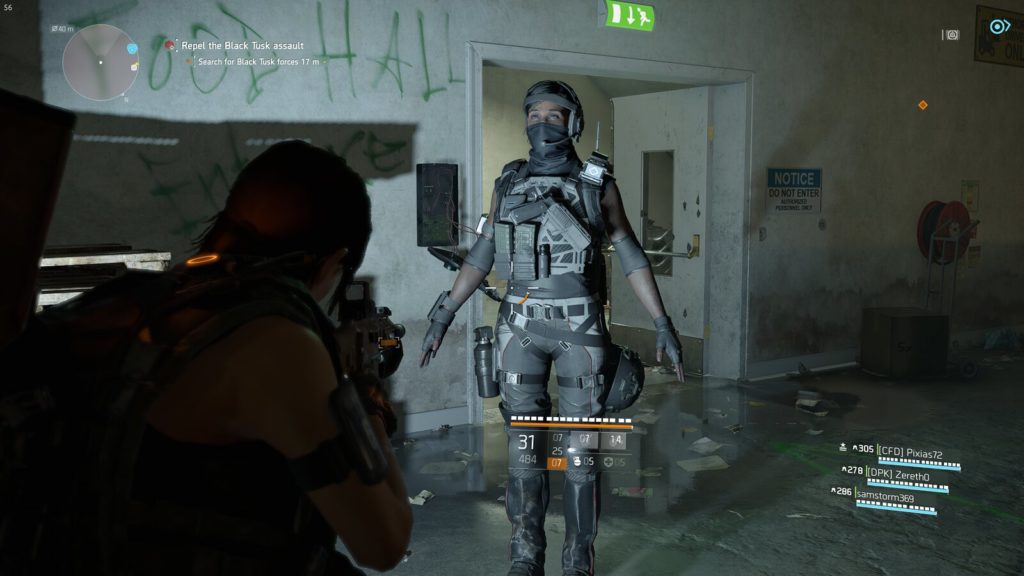 Sure, that’s nicely equal, but eye candy, it ain’t, still Ubisoft has done a good job on maintaining equal levels of armor for men and women. It’s largely functional and similar to modern equivalents, though in a near-future situation, I can’t see why we wouldn’t have something more effective than massive bulky vests and knee pads, but hey, I’m not Tom Clancy, and maybe that’s his thing. Though the really baggy crotches on pants make me wonder if the agents are also stuck wearing diapers for..uhhh…tactical reasons.

Most games, however, are not so heavy on the equality and even some which do over a decent amount of coverage fall into the dreaded (and lethal) trope known to women gamers everywhere: The Boob Plate. 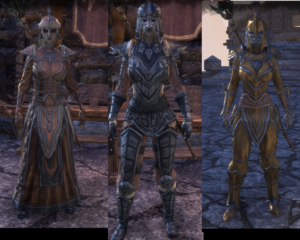 Come on! Even Orc women can’t get away from this???

If you are not a boob-haver, I expect you have a problem seeing how this is an actual issue. Enough of an issue, in fact, Google can enlighten you with many lengthy diatribes about the perils of the lethal boob plate, since you’re here, though, I’ll give you a heads up, as your resident boob haver (one of a few around here).

Okay, now relax and imagine yourself on a battlefield. Gronk the Dumb is about to hit you with his massive blade of overcompensating, right in your chest. At this very moment, one of three things will happen:

One: Gronk hits you in the chest, your boob deflects it to the side, causing your lovely funbags of fat and skin to skip around and slap around inside of the metal. Bruising, lacerations and possibly chafing ensue. Ow.

Two:  Gronk hits you in the chest, it slides off your boob into the center of chest (because of that lovely indent between the girls-forever separating them in cruel prisons of steel) and the plating over your chest thumps into your sternum, not only damaging the girls as they dance maniacally for freedom from the reverberations, but also into your sternum, a thick piece of bone only covered with skin. It probably hits hard enough to give you a stutter in your heart rhythm and a hell of a bruise to the main piece of bone holding your ribs together. Also really ow.

Three: Gronk hits you in the chest, your steel-clad girls helpfully slide his blade right into your sternum-freeing them from terrible thumping, but also cracking you right over the heart, stopping it and possible caving in the metal over it, digging into your chest. Not that you’ll care, you’ll be dead. Probably won’t hurt though, on account of sudden heart stoppage.

Needless to say, none of these are fun options, and except for the last one, I have it on very good authority, they actually happen. I know girls who wear armor to go out and beat other people with sticks, plumbing supplies, and other sundry semi padded items. Bruised boobs are good for no one. They make no one happy. A bruised sternum is worse. While it may not get as much attention as the girls-show stealers that they are-it’s kinda really important. Boob plate is lethal, folks. Don’t do it. It serves no purpose but to reassure that the wearer does indeed, have rounded chest appendages they may or may not refer to as “the twins” (or have individually named), and isn’t really all that attractive in video games, considering most games don’t even bother tailoring their armor textures properly so instead they end up all twisted and weird-looking on female models (looking at you, early WoW).

And before the nonboob havers start, yes, codpieces were a thing. Codpieces were, however, pillows for male genitals. They’re almost entirely padding, and usually, pretty dang roomy. And have some sort of historical precedence. Codpieces were not, however, vacuum seal molded to your junk. Take moment, just consider, before you mention it, if they were, in fact, molded, unpadded metal cups for your testes to bounce around in every time you got dinged. Yeah, we all just saw you cringe.

Realistically, women’s armor should look like men’s armor (if you’re not going full Tera in the pandering department, and then you’re really about fanservice, there’s no hiding that-at least not under those stickers for armor). You might get away with a little more room in the chest for particularly busty women, but generally, the only real difference in armor should be in the hips, since the waist-hip ratio from men to women can cause issues. Enough issues, in fact, that modern body armor manufacturers are now taking it into account. It can still look like female armor though. We have rounder hips which make our waists look smaller. There are adornments that are still, even today, seen as feminine in the traditional sense. It can be done. 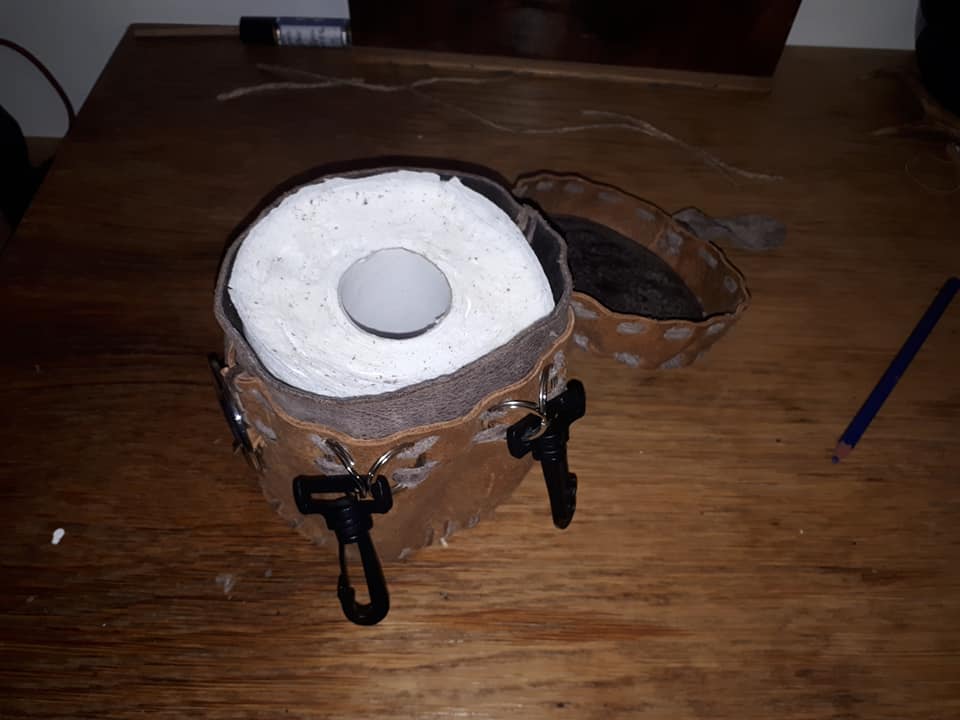 Image courtesy of Pawel Wasielewski-artisan and adventurer who understand the true perils of adventuring.

On second thought….don’t tell me, I probably don’t want to know. You can keep your dirty filthy hygiene secrets. 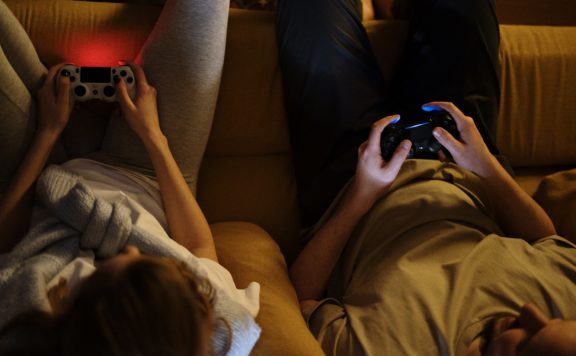