Casey Donnellan Games and tinyBuild have announced that Kill It With Fire is making its way to iOS and Android mobile devices as well as PlayStation 4, Nintendo Switch, and Xbox One on March 4th. Exterminators can fire up the game to hunt spiders with extreme prejudice. Players can preorder KiwF for $14.99 with Switch and Xbox players able to leverage an additional 20% off preorders. Mobile gamers who preorder will be able to download the game on launch day complete with a number of additional in-game unlocks.

The spider is mankind’s most ancient and deadly nemesis. As a licensed Kill It With Fire exterminator, it’s time to fight back! Gather your arsenal and pursue the eight-legged menace on a journey across time and suburbia.

To defeat spiders you must exploit their one weakness: FIRE. Or bullets. Or explosions, throwing stars, gettin’ smushed by stuff… pretty much anything, really. But that doesn’t mean it’ll be easy – first, you’ve gotta find the spiders. Use state-of-the-art arachnid tracking technology to pinpoint your quarry’s location among hundreds of potential hiding spots – then, torch everything and smash the spider with a frying pan after it runs out. It’s the only way to be sure.

Check out the Kill It With Fire official site to learn more.

Written by
Suzie Ford
Suzie is an avid gamer and has been since 1995. She lives in the desert with her own personal minion while dreaming of pixel worlds beyond Earth.
Previous ArticleHow Gamers Make Money from StreamingNext ArticleRelive Dodgeball Nightmares in EA’s Knockout City 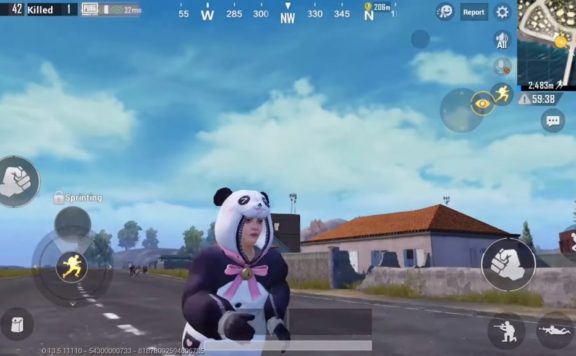