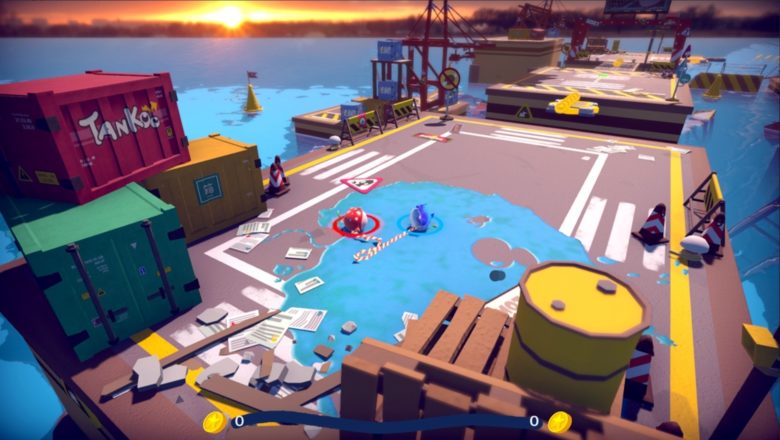 To say certain games are non-traditional is a bit of an understatement. Never Breakup is as non-traditional as it gets. Your character is an animal that is puffed up into a ball and tethered to another similarly shaped animal. Wobble your way around and through obstacles of all kinds in this platformer from Indienova.

There are a few really good things about Never Breakup. The first thing I like about this indie game is how your characters are setup. You can play solo or with a friend as both of your characters are tied together by a realistically stretchy elastic band. This is both good and bad. If you are playing solo then you will need to control both of these characters at once to figure out the puzzles and levels, however, you might have an easier time doing certain things with a friend. On the other hand, having a second player may complicate specific tasks. It is a good conundrum to have because the difficulty level of each level is determined by you or the combination of people playing.

Level design is the second thing that is good about Never Breakup. Maps range from cities to mountain ranges, and all other sorts of places that you could imagine to visit. Each level type, and each level, will be more and more difficult but each will be more and more fantastic to look at as well. Having to jump from one height to another within a level whether you are pulling a box to a location to assist you with moving on or avoiding falling floor pieces will test your capacities for sure. Completing levels and finding coins within each level will allow you to also open up alternate forms for your character and other visual items that you can look at as the game progresses. 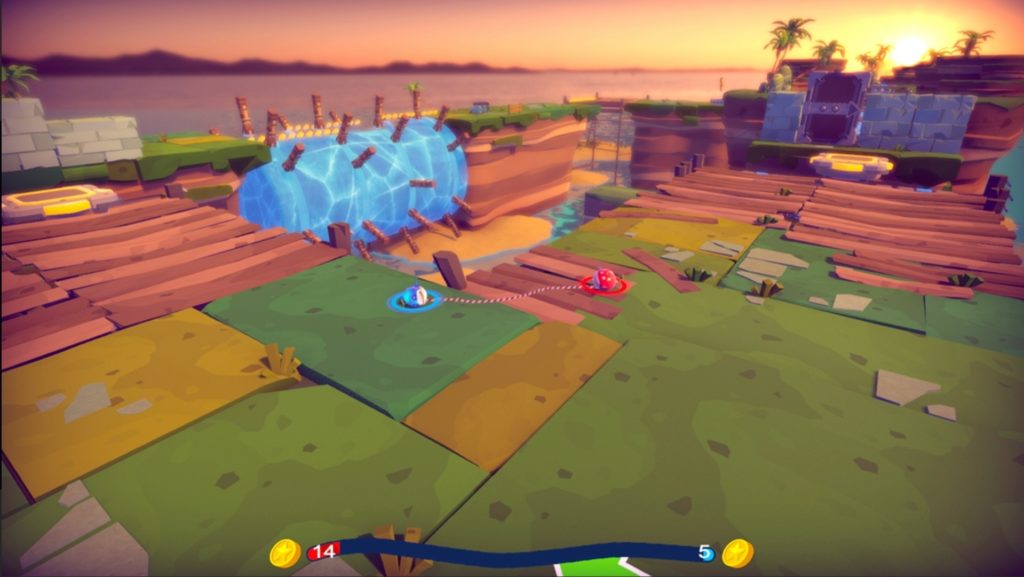 The one thing I dislike about this title is the one thing that makes it unique, the elastic band. I get that this is an item that is to help make the game easier and more difficult all at the same time, but if you are playing solo things just get harder and harder for you. Trying to grab onto the floor and then switch to your other character to pull yourself to a different area is difficult enough. There were times where I spent several minutes knowing what I had to do, but not being able to do what I needed to do quickly enough and this gets very frustrating quickly. The designers took their time to craft a great system of levels that have their challenges, but this is supposed to be a game that all people can play and it seems like it may be too difficult for some. My children, ages nine and three, both played the game for a little bit and couldn’t get very far into the game because of the growing difficulty of each level and path.

My overall impressions with Never Breakup is that it is a fun, and equally frustrating title to play. It claims to be made for young and old but my kids and I both have been having issues with completing levels. The overall difficulty may be more than the developers thought it would be. I have played platformers all my life all the way back to the Atari and NES systems so I know how these types of games can get. I don’t know that my kids or I will spend too much more time in this title based on how difficult it is.

Written by
Chris Bowman
Long time game enthusiast and writer. I have beta tested a lot of Mmorpg's since I was thirteen including Star Wars Galaxies, Lord of the Rings Online, and Star Wars The Old Republic. Currently attending The Art Institute of Pittsburgh for a degree in Game Art and Technology.
Previous ArticleForza Motorsport Announced for Xbox Series XNext ArticleDestiny 2 is Coming to Xbox Game Pass and Xbox Series X 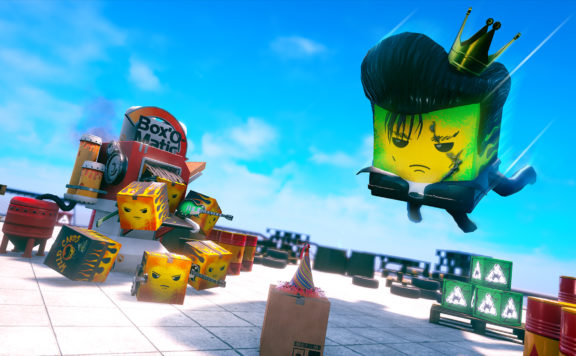