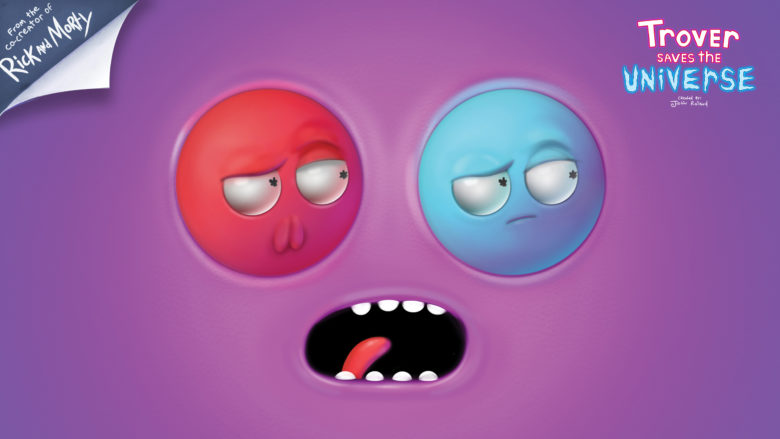 It seems like a while since we’ve had a great comedic adventure game. The most recent that comes to mind is South Park: The Fractured But Whole game released back in April 2018 and that was a Nintendo Switch port. One classic from back in the day that stands out in my memory is Viacom’s Beavis And Butt-Head in Virtual Stupidity released on PC and PlayStation back in 1995. The latest entry by Squanch Games could potentially be added to the rank of those prestigious titles. This is our review of Trover Saves The Universe on PC!

Trover Saves The Universe is a bizarre comedy adventure game that is part adventure, part 3D platformer, part combat and part puzzle game. The humour and characters in-game are offbeat and hilarious. It’s no wonder that the game was created by Justin Roiland who is co-creator of Rick And Morty. Right away from the opening scenes, this game slaps you in the face and you realize you’re about to step into something quite different.

The story involved in Trover Saves The Universe is quite straightforward. Your two dogs have been dognapped by a beaked lunatic named Glorkon who stuffed them into his eye holes and is using their life essence to destroy the universe. Then all of a sudden Trover is thrust upon you and demands, annoyingly so, that he becomes your partner to save the universe. Trover is a little purple monster who has baby squishes, called Power Babies, for eyes. He also isn’t a huge fan of laborious work or even saving the universe and he’ll be sure to remind of you that throughout the game. 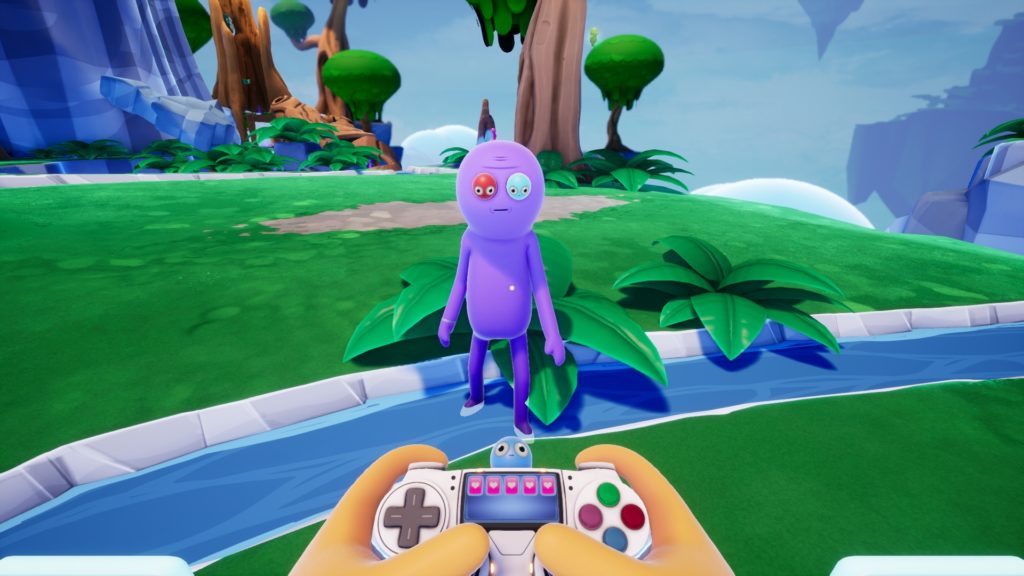 The game supports VR but we played it non-VR on PC. Trover Saves The Universe also has support for four different controllers but we stuck with mouse and keyboard. The game is played from a first-person perspective. You are a Chairopian, an alien attached to a floating chair and all we ever see of you is your hands holding and playing a controller and once in awhile your legs if you elevate your chair high enough. Your avatar doesn’t actually move in-game like in most traditional first-person games. Instead, you guide Trover, in a three-dimensional space, to portals. Trover activates these portals then he can summon you to his/their position.

Throughout the game, Trover is constantly talking at you, which sometimes can get annoying if you’re trying to solve a puzzle or are retrying a jump sequence for the third time. In one section I had tried a jump sequence like five times. Trover made sure that I knew that he thought maybe I shouldn’t be playing video games! Be forewarned, there is a lot of profanity spoken. Thankfully for the weak-eared, or those around children,  there is a censorship setting at the start of a new game. We chose to go full throttle without this enabled.

Eventually, your chair and Trover will get power-ups and new abilities. Another aspect of Trover Saves The Universe is collecting all the sparkly “Power Babies” hidden throughout the game. This is an aspect of the game that will gnaw at the completionists. In order to get a lot of these collected requires some timely three-dimensional jumps as well as some backtracking. 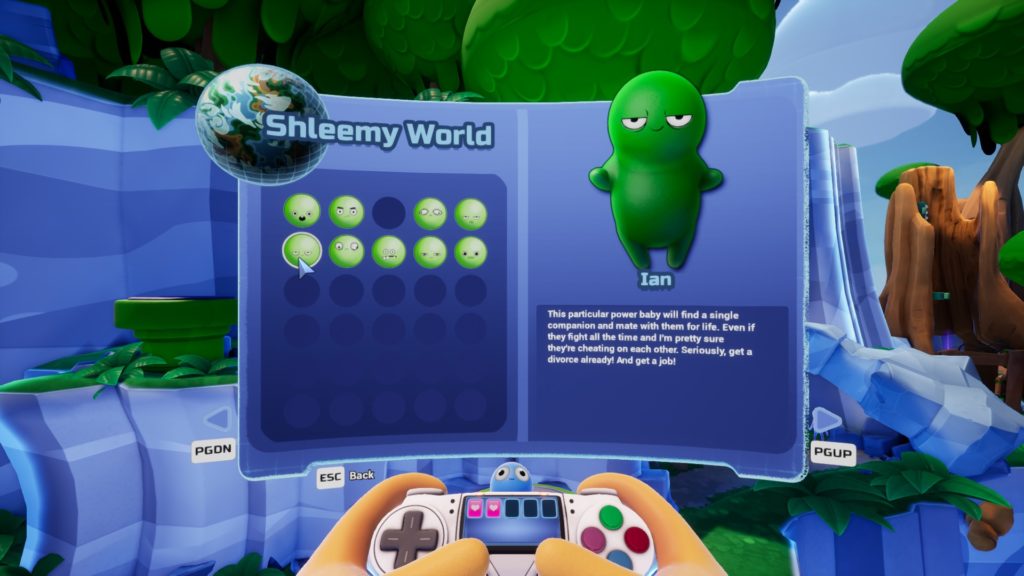 The game also wraps in some basic combat as Trover does carry a light-sabre stick thing. Controlling a character in a 3D aspect does take some getting used to but after a while even with WASD, it was fluid. There will be times where Trover dies but death really didn’t seem to have consequences. There is no save on demand feature. Saves are based off the last checkpoint you hit.

Note: Our review copy was provided by PR with an Epic Games code.

Tags: Squanch Games, Trover Saves The Universe
Summary
Though Trover Saves The Universe is a short playthrough, clocking in around six hours, it's still worth taking a stab at it. The 3D control aspect is refreshing and the dialogue is hilarious (assuming you're not easily offended). Gameplay was fun and finding all those Power Babies is a reward in itself. Trover Saves The Universe is definitely a comedy adventure game that is fit to sit on the shelf with those other iconic titles in the genre!
Good
Bad
8.5
Great
Previous ArticleKlondike: A thrilling farming adventureNext ArticleUnderworld Ascendant Ventures Onto PlayStation 4