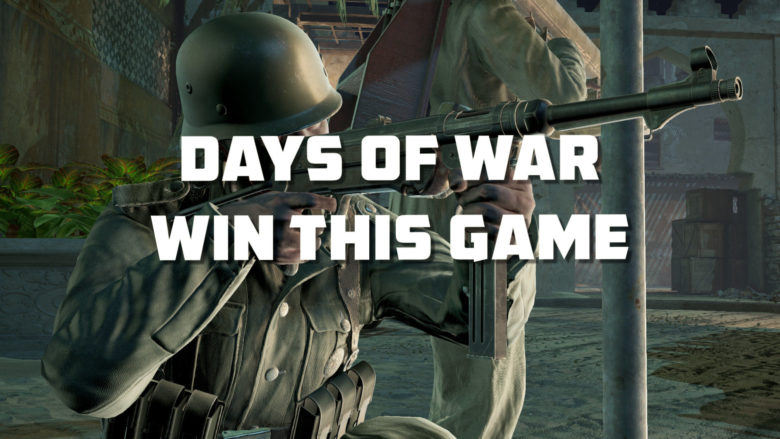 Days of War, the superb looking new WW2 shooter is out now and you can win Days of War. We have 5 copies to give away to lucky readers.

Developed by Driven Arts and Graffiti Games, Days of War stood out when it raised its head above the parapets in 2017 and we’ve been quietly waiting in ambush ever since. Available now on PC, via Steam, the online multiplayer FPS is set to reclaim the competitive shooter experiences for fans of WW2 shooters of the early 2000s. Close quarters encounters, skill-based combat, and team-centric combat all come together across some gorgeous looking maps in this title.

The full launch finds this game escaping Early Access and adds a whole host of new features for fans of World War Two shooters to indulge in, detailed below.

To win, just enter our competition using the entry form at the bottom of this post. We will hold the line until 2 February at 12:00 PM Eastern Time. If you are ready to take on this awesome looking FPS then gather your team and win Days of War.

Written by
Ed Orr
For those of you who I’ve not met yet, my name is Ed. After an early indoctrination into PC gaming, years adrift on the unwashed internet, running a successful guild, and testing video games, I turned my hand to writing about them. Now, you will find me squawking across a multitude of sites and even getting to play games now and then
Previous ArticleMagic: Manastrike Cast Onto Mobiles NowNext ArticleThrow Anything On PSVR Next Week