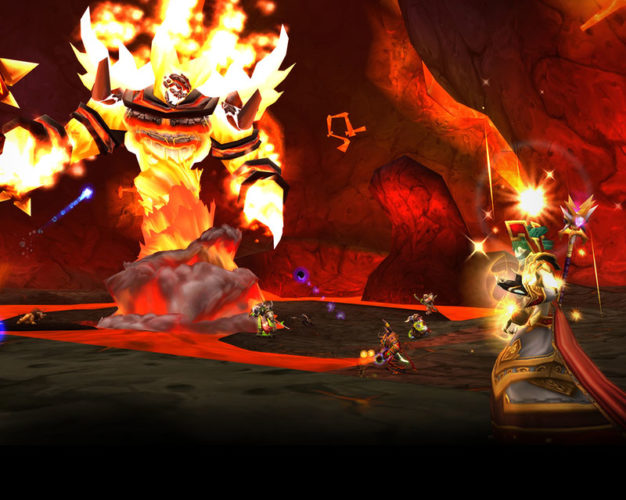 WoW Classic is set to be a masterpiece of old and new, bringing back that early 2000s gaming experience including 10,000 player log in queues!

In a statement over on the WoW forums, World of Warcraft community manager Kaivax confirmed that we can expect the login queues of old Players who have begun to pre-select their character traits are showing a particular affinity to one realm that is going to cause some severe headaches for anybody desperate to get into Azeroth again. After name reservations opened up last week, it appears that layers are now stacking on the Herod Realm in huge numbers. It is so concerning that Blizzards has already opened up another realm named Stalagg. Blizzard has confirmed that while they have the ability to increase the capacity on various servers far in excess of the original launch, this will not fix the underlying problems that an unbalanced population causes. As a result, anybody who wants to avoid a 10,000 player queue might want to transfer.

Based on name reservations so far, the Herod realm is looking to be massively overpopulated. If all existing players on this server remain there, login queues in excess of 10,000 players are a certainty, and possibly much higher than that.

We recently opened up the Stalagg realm, and we urge players on Herod to consider moving there. There are a lot of players currently on Herod and we want Stalagg to fill up before we open any new PvP realms. This is so that player population is spread as evenly as possible before launch, in order to provide the best play experience.

For those of you from the console generation, WoW classic is an iteration of Blizzards World of Warcraft that takes the very first release of the long-running MMORPG and updates it with new bells and whistles. New tech and lost stories await players as they enter a faithful recreation of the original game. The very first talent trees, character classes, combat, and raids are all available once again in this release, due out on 27 August.

While I know I’m British, the thought of queueing behind a stadium-sized mass of people is not something I’d ever want to do again. If you are itching to get back into those queues or find somewhere a bit quieter to experience the way MMORPGs used to be played then you can find out more about WoW Classic over at the game’s official website now.

Written by
Ed Orr
For those of you who I’ve not met yet, my name is Ed. After an early indoctrination into PC gaming, years adrift on the unwashed internet, running a successful guild, and testing video games, I turned my hand to writing about them. Now, you will find me squawking across a multitude of sites and even getting to play games now and then
Previous ArticleBlack Desert Online Begins Early Access on PS4 TomorrowNext ArticleThe Dark Pictures Anthology: Man of Medan Co-Op Preview