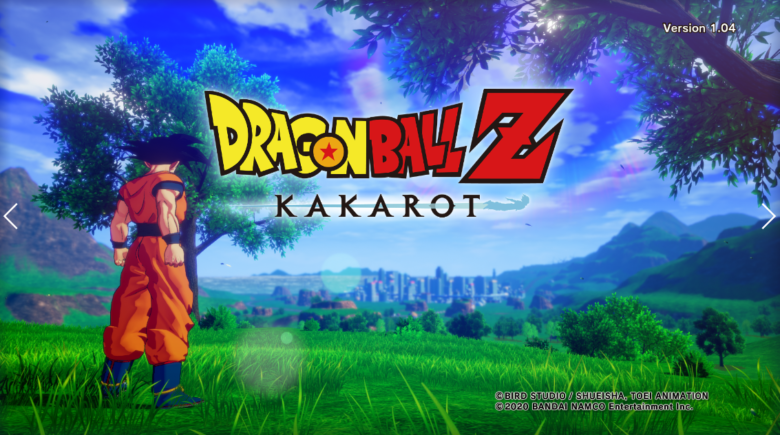 I’ve been a fan of anime and gaming since the good old days. If there is one thing that brings back some memories it would be the dragon ball series. When Dragon Ball Z Kakarot was introduced every nostalgic bone in my body was screaming to give this one a test drive. Will it live up to the hype or will it fall the way of the dodo, you will have to read and find out. Here is our review of Dragon Ball Z Kakarot for PC via Steam. 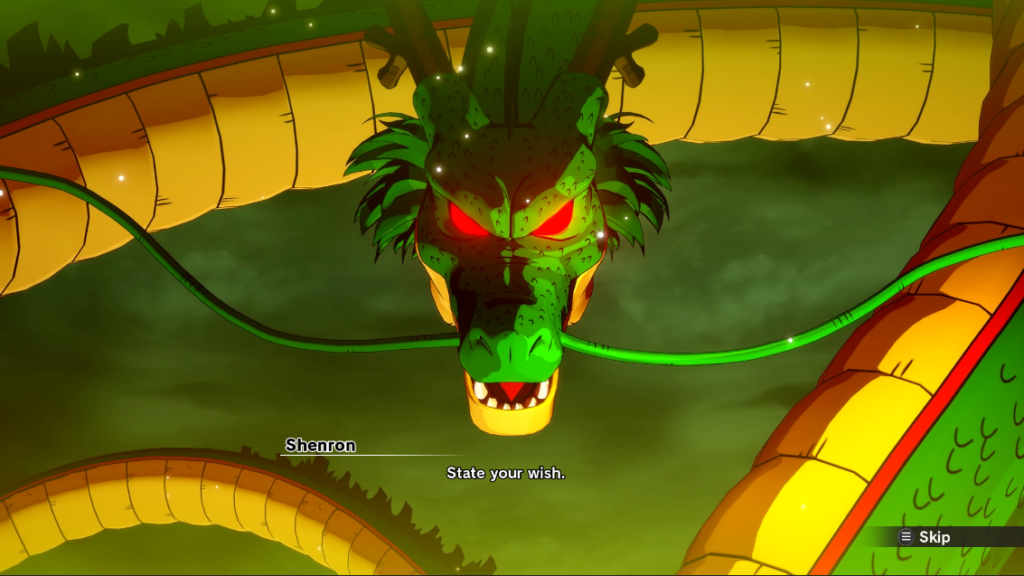 Dragon Ball Z: Kakarot was released on Jan 16th, 2020 by publisher Bandai Namco Entertainment. This title focuses on the story of Goku and the Z Fighters. Players are able to experience epic battles and the very life of the Dragon Ball Z world. Players experiencing these events by way of playing as Goku, Gohan, Vegeta and others while performing various tasks such as Fighting, Fishing, Eating and of course training. Various games have been released throughout the years and each, of course, had a different take on the series. Way back I remember playing Dragon Ball Z: Ultimate Battle 22, this was a simple fighting game that allowed the player to pit different characters against each other such as Goku and Perfect Cell. These games did little to allow you to experience or relive the story, admittingly it was still fun to play these characters in a street fighter style beat down. 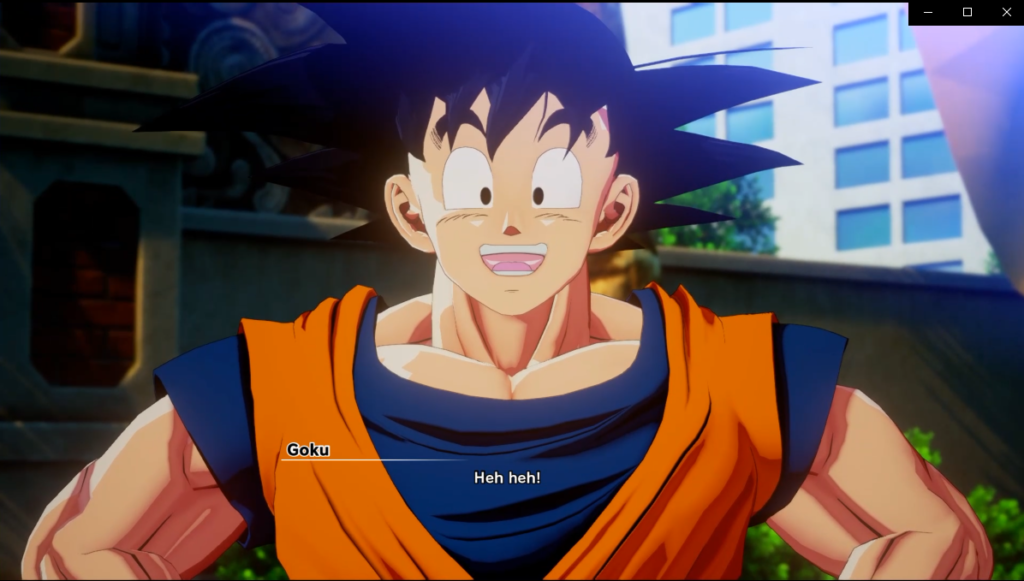 Later on, as technology improved, we did get newer games like Dragon Ball Z: Budokai which has elements of the story mixed in with 3D modeled characters and battles that defiantly elevated the scene. I always felt as though they were lacking in the story department but this of course was done to keep total game size and development down.  Do not get me wrong fighting is, of course, one of the key aspects of the series as without it would be nothing but dialog. Thankfully later we received newer featured games like Dragon Ball Xenoverse that allowed players to explore more of the world with a twist. That being time-traveling police attempting to repair the timeline. Games of this sort tend to burn out quickly for me. Now let’s get into what we are here for, Dragon Ball Z Kakarot, this game for me was one of the most enjoyable games in terms of a Dragon Ball game I have played in a long time. I fully enjoyed playing through each saga and reliving my childhood along with having some pretty epic battles along the way.

For the graphics, DBZK hit the ball out of the parkas this is a vital aspect of the playing experience. The visual appearance of the modeling was spot on, every scene looked like it was taken straight from the anime and the artist who drew them. The animation was fluid and smooth, shadows and attention to detail were right on point. Right from the get-go, I would give the graphics a nine out of ten. The visual effects, however, are what really spiced things up for me. The lighting and flashiness of the special attacks and well even the simple attacks tickled the inner raccoon inside me. Yes, I love shiny things that light up and are flashy, what of it lol.  DBZK played very well on my slightly older steam machine. Running at around 40-60 FPS and only noticed very slight frame rate issues that honestly could be more related to the game running off a mechanical 7200 drive. 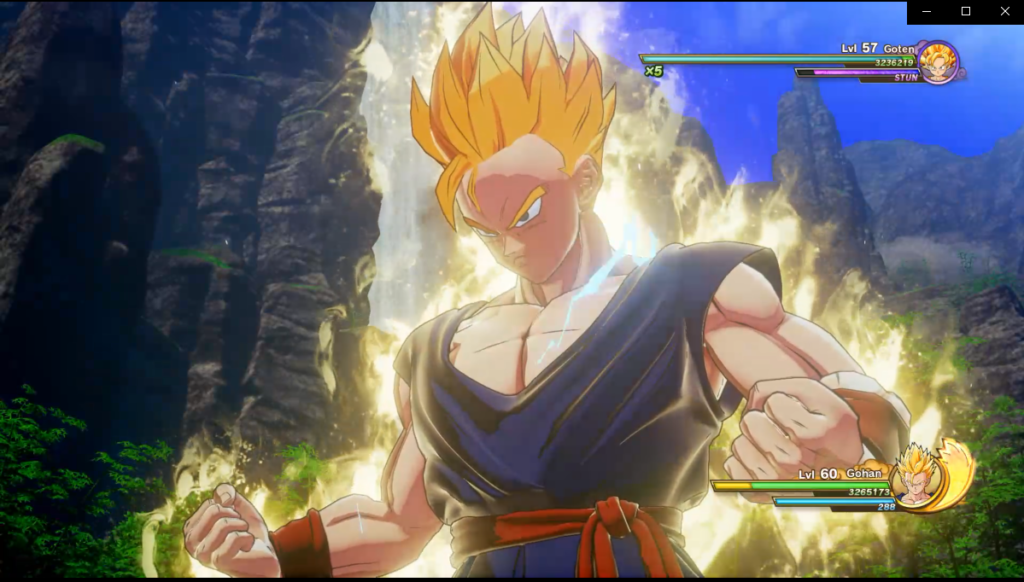 I am defiantly not an audiophile but from what I have experienced I will mention the audio in this game is just about perfect, I felt like I was experiencing the English dub with Japanese audio/music that would be typically present. I will say it would have been nice to hear some of the DBZ American rock music and sounds but I will digress. Voice work matched up for the most part seamlessly with the visual tracking and for me, that is part of the whole package. I can, of course, give some leeway as even the dub of the anime was not 100 percent.

The Story, as I have mentioned a least a few times already, is one of the important parts to this title for me. To my surprise, the developers did take some liberties with the story that I for one enjoyed as it added more content to explore. Starting off the game with a bonding moment between Goku and Gohan not only was a nice touch in terms of breaking in the player and using it as a learning tutorial but also sprinkled in some emotion right from the beginning. Being a father, this emotional moment rang true and allowed me to connect my younger self to my adult self. Some of the other additions where pure gold as well for any dragon ball fan, android 8, launch and more. A good chunk of these characters was not even present in DBZ and intelligently brought together DB and DBZ in a good way. It allowed more content while being original and true to the long going story. Of course, with these liberties, there were things selectively removed and even shortened. I suspect you have to make sacrifices in order to not go overboard. Some of this content may be explored in the future with updates and DLC but only time will tell. There is a vast number of hidden items you can find in-game that are memories from the original series dragon ball, again a nice touch. 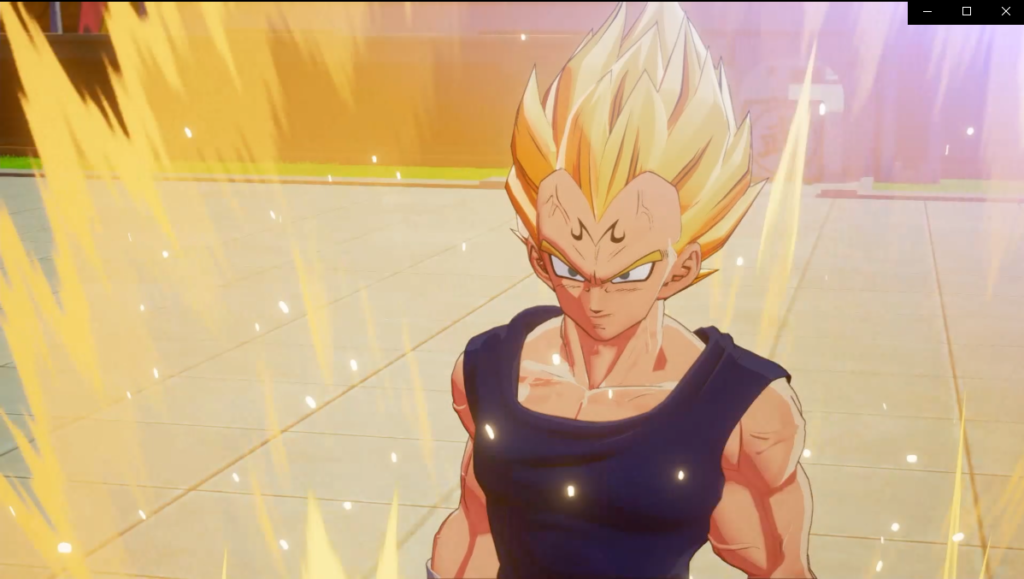 The Controls fairly executed but felt a bit lacking as it would have been interesting to see a bit more combos and attacks during the fights. The goal seemed to keep the complexity of the controls similar to that of say xenoverse and there is absolutely nothing wrong with that. I played the entirety of the game using an Xbox One controller over Bluetooth. The controls never seem to skip a beat though I had a few times where the controls would be unresponsive but could not replicate on demand.  What I did not enjoy however was the very odd flight in-game. While controlling Goku using nimbus or even later flying around as Vegeta the flight seemed a bit dodgy and forced me to even stop trying to collect orbs. It became simpler to gather orbs for upgrades by fighting or collecting the dragon balls when available. 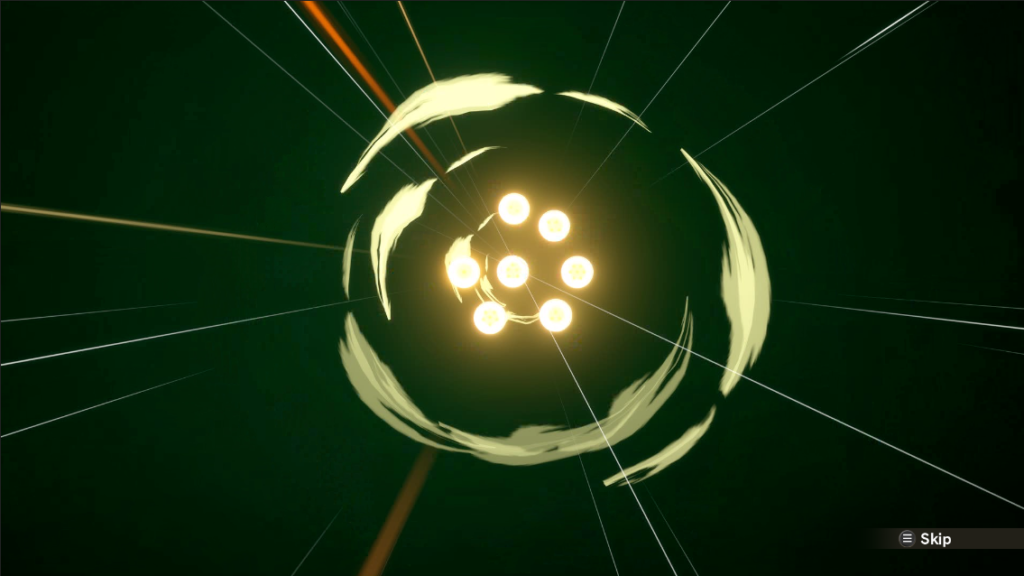 Along with reliving the story and fighting those epic duels, the game implemented a mild upgrade path for each character. This ranged from supporting upgrades to multi-tier upgrades of their signature attacks. Training also would allow new techniques to be learned at specified levels. For example, Gohan would learn masenko early one while meeting the requirements and completing a training challenge he could learn Goku’s signature move the Kamehameha. Players are limited to 4 bound moves at a time, there was some room to use your favorite moves and mix things up a bit as this is required. I often used two energy attacks, one combo attack and a ki attack to try and be as balanced during the fights as I could.

The fights being as epic as they can be often proved to be pretty easy to overcome. There were really only about 3 fights that forced me to take a break and come back to it. There is however a pretty easy way to cheat in the game that when forced with a strong appointment or overwhelming odds I pulled out. I call it a cheat but it’s a function of the game when your special meter reaches full and you essentially power up and can spam your special moves which effectively teleporting you to the opponent. Keep in mind this does not always work as intended but of course, when used makes quick work as long as you have the energy to back it up.

A review key was provided for the purpose of review.

Tags: ball, Dragon, Dragon ball Z Kakarot, fighting, games, kakarot, pc, review, steam, story, z
Summary
I am currently sitting at about 40 hours into the game and have beaten the main story, I would highly recommend Dragon Ball Z Kakarot to any fan out there. If you are looking for a serious fighting game, this is not for you. I would point this player to something more like Dragon Ball Z Fighters. If you are looking for a game that brings out your inner dragon ball anime-loving child then this is perfect for you. My only suggestion would be to not over-analyze what is missing but enjoy the new content and soak up the overall experience.
Good
Bad
8.5
Great

Written by
Kris Brooks
Long time tech, gadget and all around geek. I love cars, computers and movies and most importantly my family.
Previous ArticleMazM: Jekyll & Hyde coming to Switch & PCNext ArticleGTAO lets you get your zoom on with the Stryder 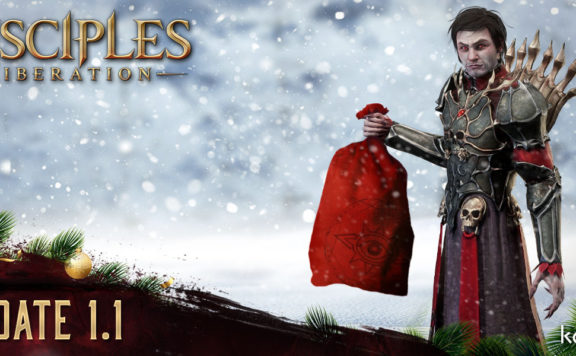