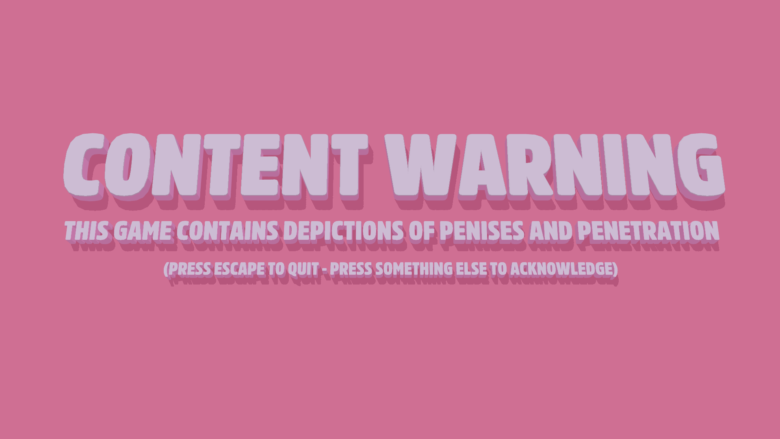 First impressions telling and Freelives has not toned down anything for Genital Jousting’s final form. The boisterous opening screen is plastered with a phallus, eagerly cracking open the puns and inviting players to jump straight in. For the uninitiated, Genital Wars gives players their very own Peen. A fully articulated phallus, fully customizable and complete with its own butt hole. Players are challenged to take control of themselves using a series of simple WASD style controls, contorting their Peen through a variety of competitive scenarios. 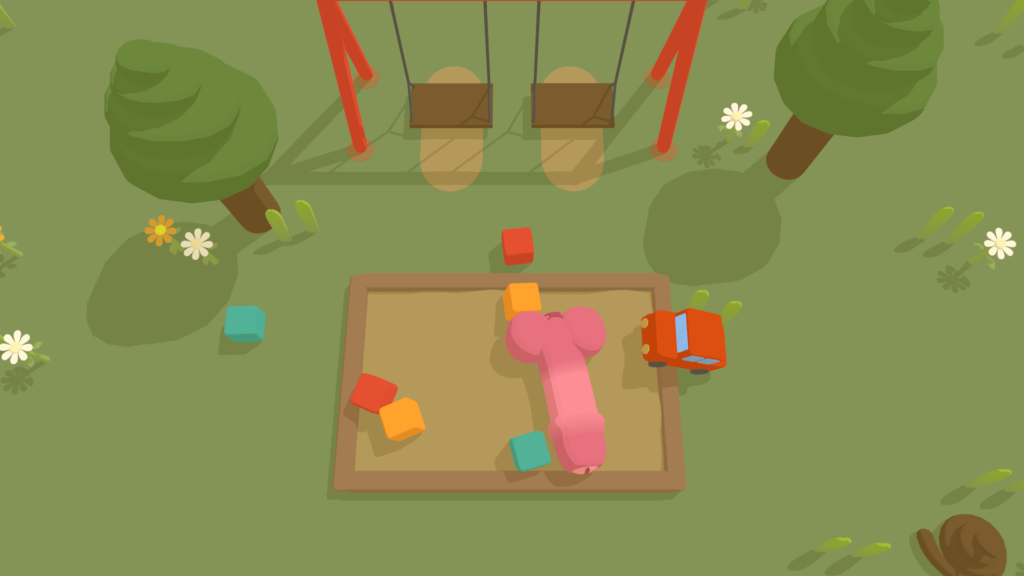 Thankfully players can get plenty of practice. Genital Jousting provides a wide variety of multiplayer options that allow players to get to grips with their Peen. Both online and offline multiplayer versions of the game’s offering are available to players ready to flop around the screen in an attempt to park their Peen in another competitor’s unoccupied orifice. It’s an initially surprising experience that does take a surprising level of finesse. The simple WASD style controls are a little reminiscent of the exaggerated physics games, like I Am Bread, and can leave you squirming around in an effort to come out on top.

While online play from an indie multiplayer is an unexpected bonus, local competition is where Genital Wars really seems to excel. Both on and offline versions host the same variety of game modes, but there’s nothing quite like looking your friend in the eye as you park yourself in their Peen. Traditional mode replicates is the game’s vanilla play mode putting up to eight players on screen. While playing finger twister on the keyboard is probably messier than the excretions on screen, this is nowhere near as fun as the game’s Date Night. A one on one experience, that was added during early access, this split screen scenario lets competitors best each other by going head to head.

Local multiplayer is most enjoyable when played as a party game. Genital Jousting includes a plethora of cringe-worthy mini-games. It’s an offbeat set of party games from football, to wrestling, and even timed suppository challenges that caused more than a little amusement during my morning commute. These are genuinely fun and hold much more appeal than the traditional mode, embracing the social aspect of playing on society’s taboos while still encouraging competition. 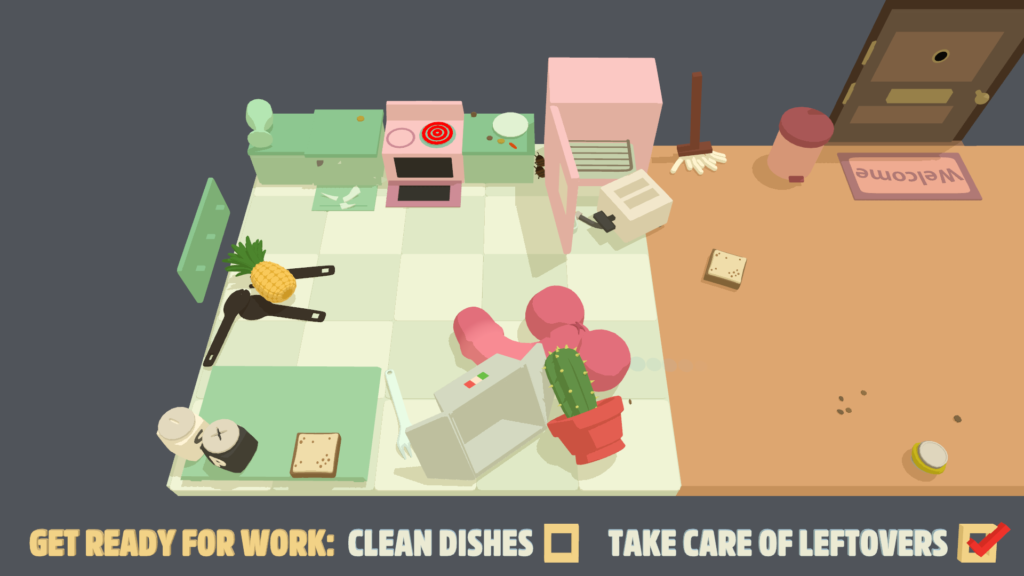 For the final launch of Genital Wars, Freelives has deposited a brand new feature into the game that I doubt anybody could have ever expected.  A story mode now decorates the home screen of Genital Jousting. This is a simple single player campaign, so no party members, and follows the adventures of John. Players must help John face a variety of challenges as a less than impressive Peen. From cleaning the dishes or catching a bus, to getting hard and romancing other Peen’s, Genital War’s story is a thoroughly surreal experience.  Loving narrated it felt like an explicit children’s tale and little more. This truly was a story mode, rather than an RPG, encouraging players to navigate their way through John’s world but injecting little else to the experience. I personally felt the humor was a bit on the nose and although I did snigger at an apple eating Peen ejaculating the pips, it could not hold my attention for long. If it amuses you then this is likely to have some reasonable longevity, but I could not bring myself to even make it through John’s story.

Genital Jousting is a mixed bag. It is shocking and amusing in equal measure, finally descending into fairly empty humor. Where it continues to hold interest is the local multiplayer. The fresh rotation of new victims to this game’s party mode will have me playing with my Peen for a lot longer still. 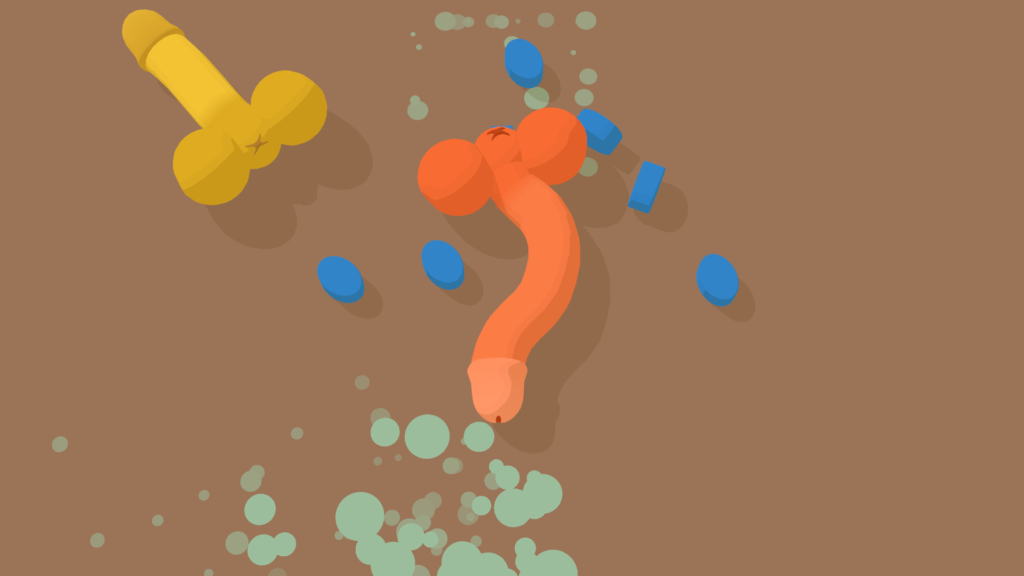 + Easy to get to grips with

– one joke on repeat

– not one to play in public

Written by
Ed Orr
For those of you who I’ve not met yet, my name is Ed. After an early indoctrination into PC gaming, years adrift on the unwashed internet, running a successful guild, and testing video games, I turned my hand to writing about them. Now, you will find me squawking across a multitude of sites and even getting to play games now and then
Previous ArticleSwitch Outpaces All Opponents in December, 3DS Sales Shine TooNext ArticleWarhammer Vermintide II Scored by Award-Winning Jesper Kyd