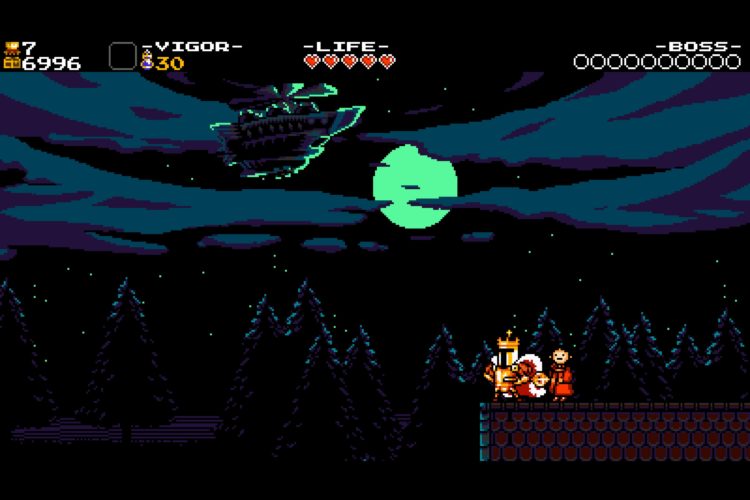 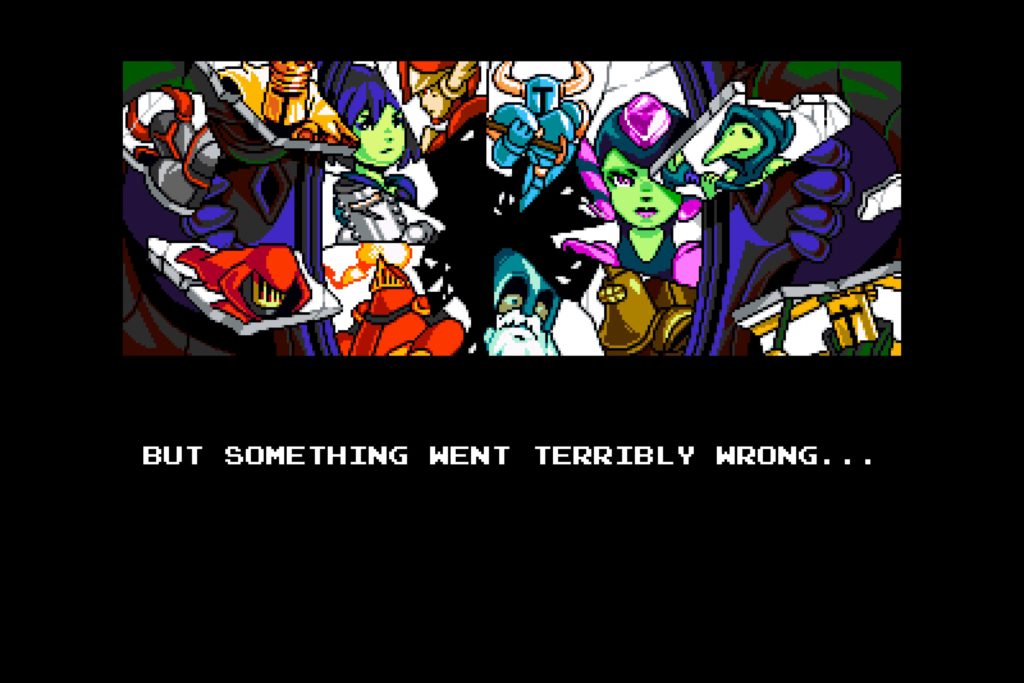 Despite Shovel Knight starting as an adventure platformer, it has grown substantially from its original scope, into multiple games, with multiple characters, and multiple stories to follow.  In the two games reviewed here, they are both starkly different from each other. Shovel Knight: Showdown is an arena battler, where you can challenge your friends, or the computer, in matches with varying objectives. Shovel Knight: King of Cards on the other hand, still keeps to more of the adventure-platformer aesthetic, with a challenging card mini-game ending up as one of the main objectives.

Shovel Knight: Showdown is great fun when you’re playing against other, human players. Unfortunately, there isn’t a traditional online mode to do this without using Steam’s Remote Play feature, which is detrimental to playing simple, random bouts against full teams of players. Due to the lack of integrated multiplayer, the battle mode can quickly lose its luster, leaving you wanting for more interaction, as CPU opponents can feel stale after a while. Luckily, Shovel Knight: Showdown (SK:S) has an extensive roster of characters to play and unlock through the Story Mode. 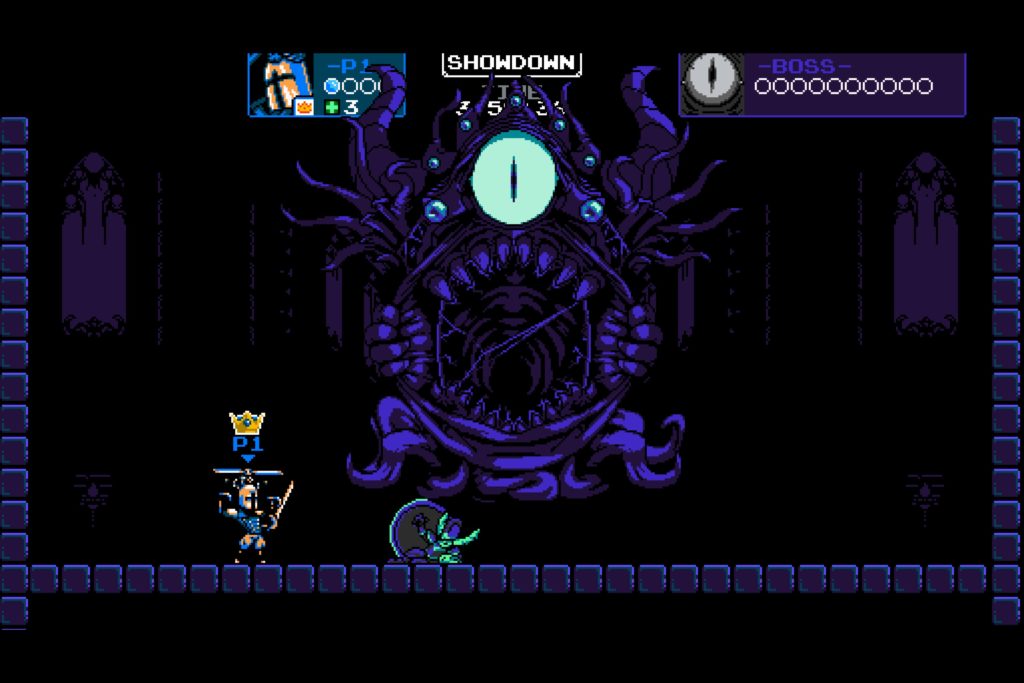 Most of the story matches revolve around either defeating a single, or multiple opponents in a death-match style bout, or obtaining enough crystals to be deemed the winner. As you progress, your character’s story unfolds, eventually leading towards a final boss battle. The platforming portion of SK:S is still heavily in play during each match, as not landing on a platform can lead to you forfeiting your life, of which you have very limited.  As an arena-fighter, SK:S delivers a solid 2D experience that is definitely worth it, as part of the larger package in the Shovel Knight: Treasure Trove.  As a stand-alone game, players may be frustrated with the lack of real online multiplayer, as SK:S feels like it should be an exceptionally fun online party-battler, but slightly missed the mark.

Shovel Knight: King of Cards on the other hand, is a full Shovel Knight adventure, peppered with a card mini-game known as Joustus. While the initial plot is to defeat the 3 Joustus Kings, the story is a little more involved than that. Players that are familiar with Shovel Knight should feel right at home with the majority of the questing gameplay, which includes platforming, learning new skills, and fighting monstrous bosses.  When you aren’t fighting your way through treacherous paths and dangerous enemies, you will find yourself sitting across a table playing Joustus against difficult opponents. 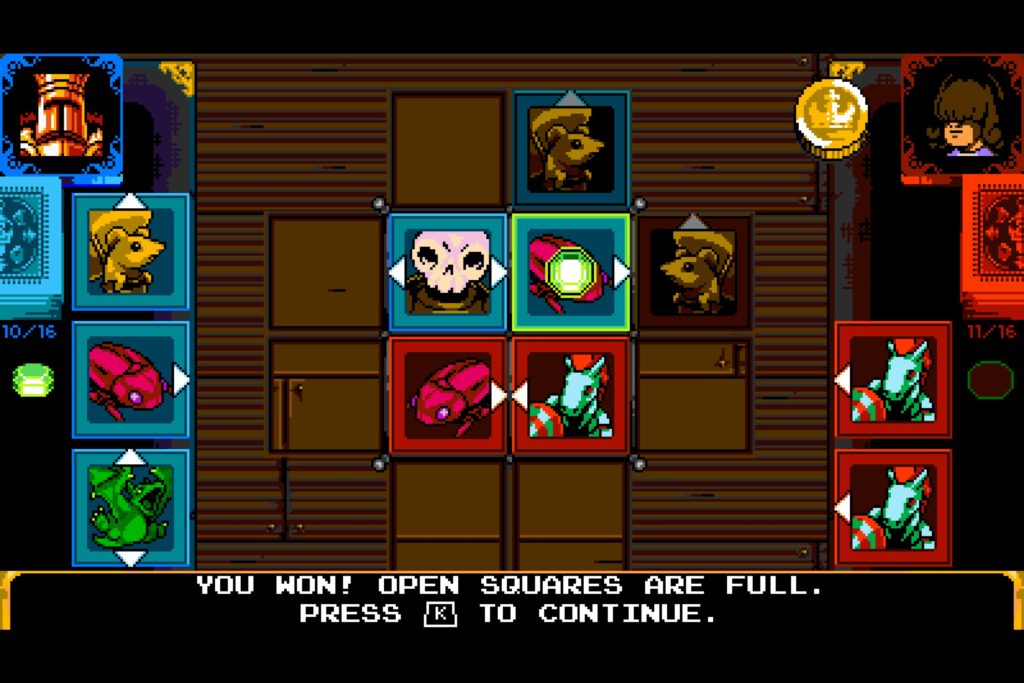 Joustus is a difficult game to get good at, as you have to think a few steps ahead in order to win. The premise of the game is simple, your cards have to be the last ones on top of the gems. Each card you play has an arrow, or multiple arrows, on them. The arrows will push cards onto, or off of, the gaming board. You can’t continuously push cards off of the gaming board, really only once per direction, which leads to fairly quick games, especially when you find yourself with a number of multiple-arrow cards. There is a good bit of strategy for winning at Joustus. Most notably, you cannot push a card if two arrows are pointing at each other, even if it’s your own card, which can make winning difficult if you don’t understand the rules. If you find it too difficult, you can purchase cheats which can be instrumental in winning some matches.

Shovel Knight: King of Cards is certainly the title more worthy of your time between the two. I would have liked to see a long list of Joustus puzzles as a separate mode outside of the campaign, but there is a lot to do between the platforming play and Joustus games that will keep players busy for a while. Both games offer feats to unlock as you play so you keep coming back for more. Gamers who really enjoyed Shovel Knight and want more of the same, King of Cards will certainly scratch that itch, and then some. If you are looking for more of a simplistic fighter, Shovel Knight: Showdown may be more favorable. Both of these games add significant value to the Shovel Knight: Treasure Trove.

Tags: arena, card game, King of Cards, platformer, shovel knight, Showdown, treasure trove, Yacht Club Games
Summary
Yacht Club Games has added two new additions to the PC version of their popular Shovel Knight: Treasure Trove. Shovel Knight: Showdown is an enjoyable 2D arena-battler that provides a fun local multiplayer experience, but lacks a true online multiplayer feature that would catapult this title into an exceptional 4-person party-battle. Shovel Knight: King of Cards diverts little from the original Shovel Knights modus operandi. With plenty of platforming and the addition of the card game Joustus to break up the adventure, Shovel Knight: King of Cards is definitely the better standalone purchase between the two. Luckily, both of these together in the Shovel Knight: Treasure Trove makes the collection all the more worth it.
Good
Bad
7
Good

Written by
Steven Weber
Steven Weber is a writer, he also loves to game. He produces several streams, all of dubious fame. If you’ve ever wondered, “How does he spend his time?” It’s spent writing this biography and trying to make it rhyme.
Previous ArticleHardcore Mecha Locks On To PlayStation 4Next ArticleLa-Mulana Drops Gameplay Trailer 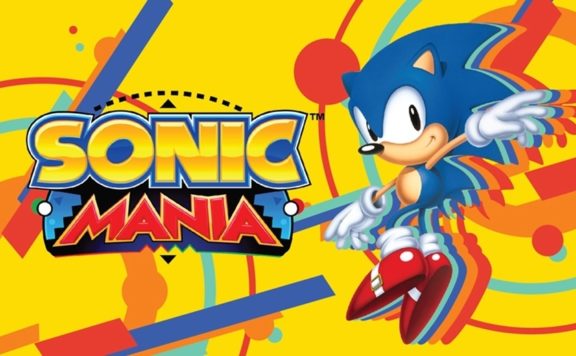 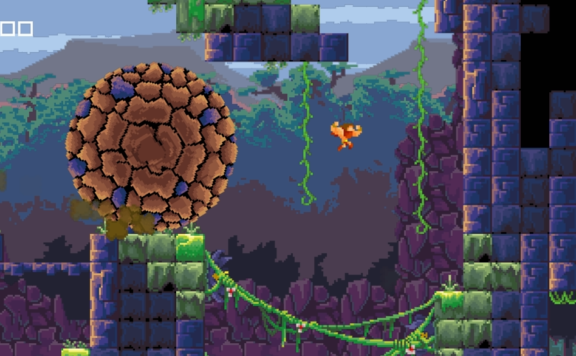 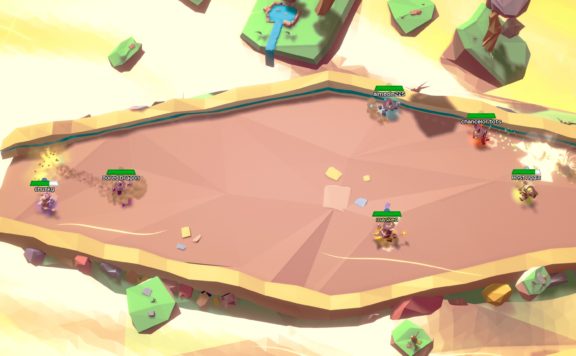 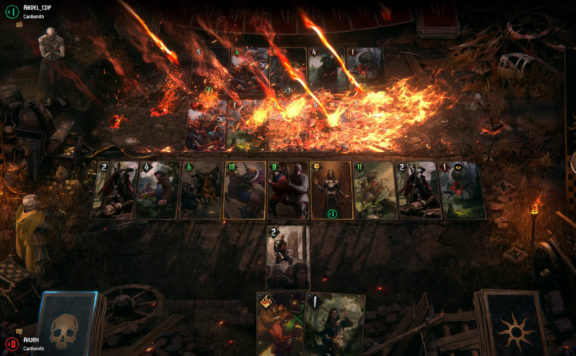