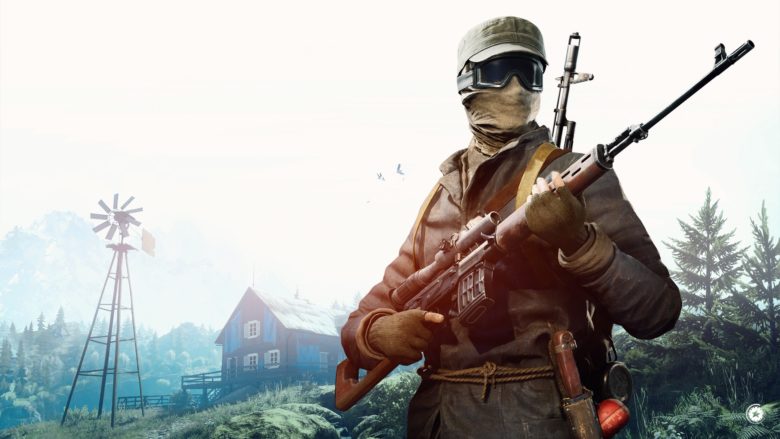 When it comes to cultivating multiplayer games, it’s important to bring in fresh ideas instead of going through the way that thousands of developers have gone before. Replayability is the key to a multiplayer title for surviving amongst hundreds of competitors. Even the best online titles won’t last too long on a player’s list of available options if the developer doesn’t support it with new content continuously. Just compare Fortnite to PUBG and the road the two went through over recent years. Having said that, it’s important to own enough content at launch to form up a strong initial community. Sometimes developers just leave an awful game in Early Access and then start to make it from scratch. Vigor is an under-process free-to-play game which in my opinion, divides into two separate parts and unfortunately, one of them so messy that it makes the game not even worth being on storefronts yet. This is our Vigor review for Xbox One. 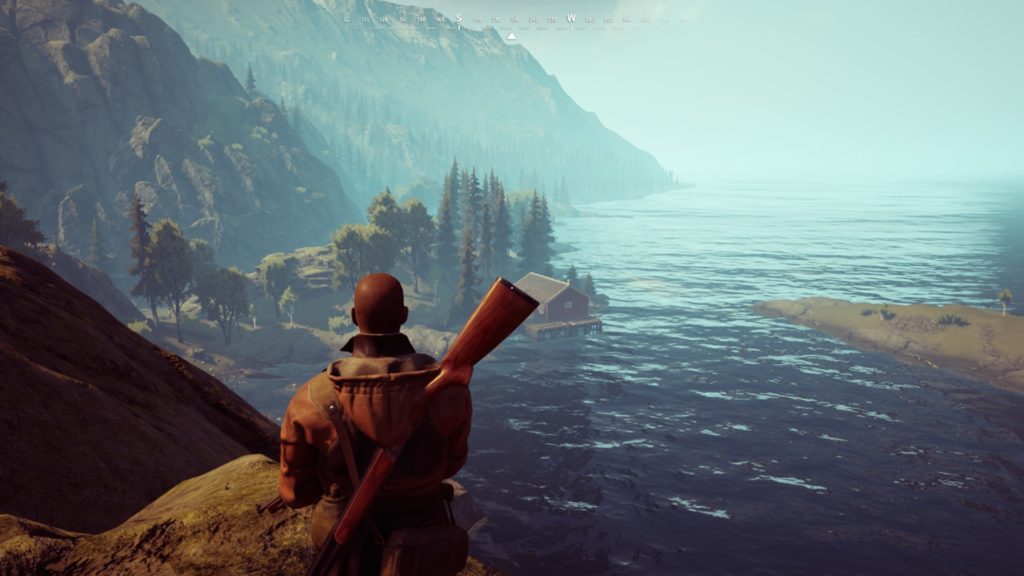 Vigor attempts to be a competitive looter-shooter experience with the simplest elements that can be found in every title of the same genre, while it never brings success for the game. Once upon a time, multiplayer modes in video games used to challenge players based on their performance in killing each other with no other factor to affect the ratings, but with the arrival of brand new ideas to the industry, multiplayer areas began to change and expand. Looting is now part of every multiplayer title and sometimes it’s bold enough to turn into the main purpose of players who are fighting against each other not to reach a specific point but to achieve more from the playground as long as they are alive. But what if the looter part overshadows the shooter? What the game is going to be like if you loot without getting challenged? Well, probably it would be like Vigor.

Vigor has been shaped up of two main parts: First off, you have to enter the rivalry area and hunt down your loots while the other players may hunt you. Then, you will be coming back to your base to use what you have gained. As much as I’m ready to tell the disappointing experience of mine in the first part, I have a lot to share about the game’s engaging post-loot features. 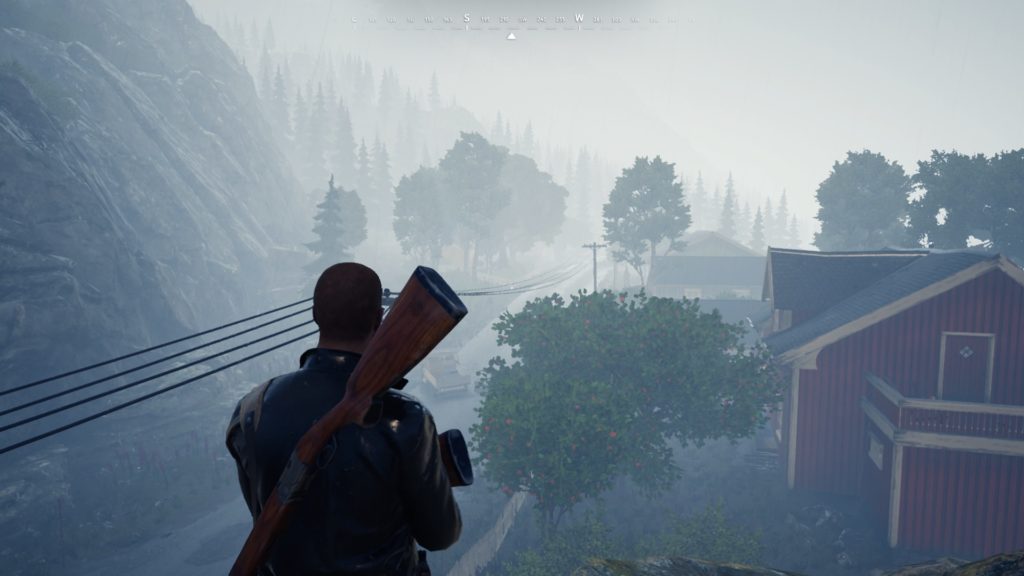 Going on a loot-hunting job in Vigor is simply empty of any meaningful challenge. You will be entering to a huge map with up to 11 other players in order to get resources and rare objects from the special places as much as you can, but the main purpose is hijacking the airdrop supply which actually has more of what you need to upgrade your camp and prepare new gears for yourself. First of all, the size of the map and number of players in it aren’t match. Vigor features six maps in multiple weather conditions and all of them are too big for 12 players to find and kill each other, which leads to lack of struggle between players. Imagine you’re playing a shooter game but you don’t find enemies more enough to satisfy you from what you came for. The only challenge for shooting part takes place before your entrance to the online match when you are preparing guns, ammo and other gears for the action-show ahead since if you die, you will be losing them all. Moreover, the game only features one single-mode which makes you tired of playing Vigor. It’s not something like Battle Royale with a high replayability value.

When it comes to gunplay, Vigor looks a bit hardcore with its semi-realistic aiming system that doesn’t allow you to take down the enemies from a far distance easily. Actually, the gunplay somehow looks like what I’ve experienced in PUBG, but anyway, it feels good enough to keep you engaged. 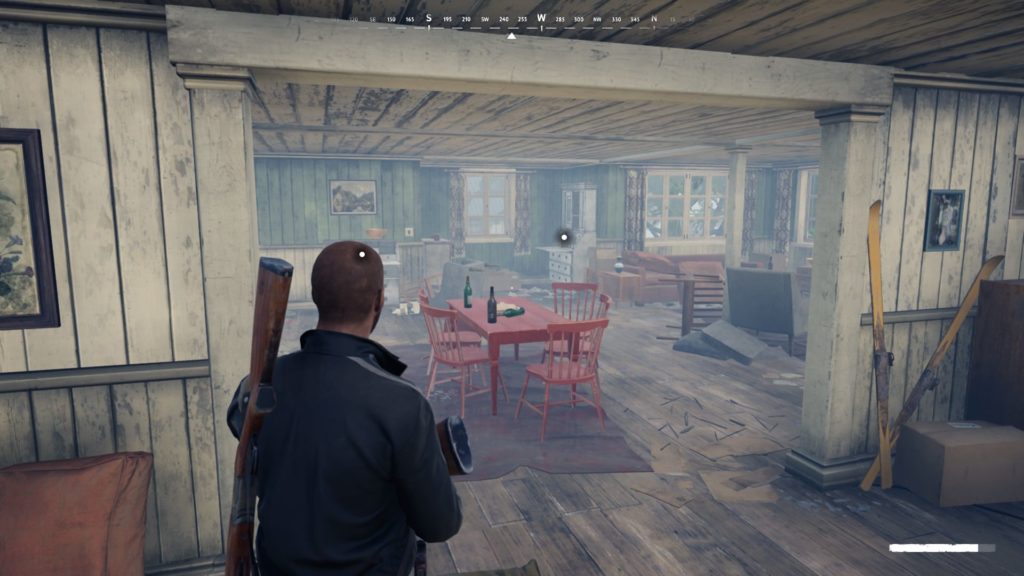 Now, let’s step into the good side of the game, where you will be utilizing your loots to upgrade your camp which is not so small. You have plenty of options on your desk to spend your money and resources on, and interestingly, as you imply improvements on your camp, you get access to new weapons, accessories and cosmetic items, which encourage you to loot more and more, though the looting part might feel frustrating.

Upgrading system consists of multiple acts and you can choose the things you want to focus more. you will be able to craft new weapons in a turn-based system, through which building every new object or making new improvements will need time. 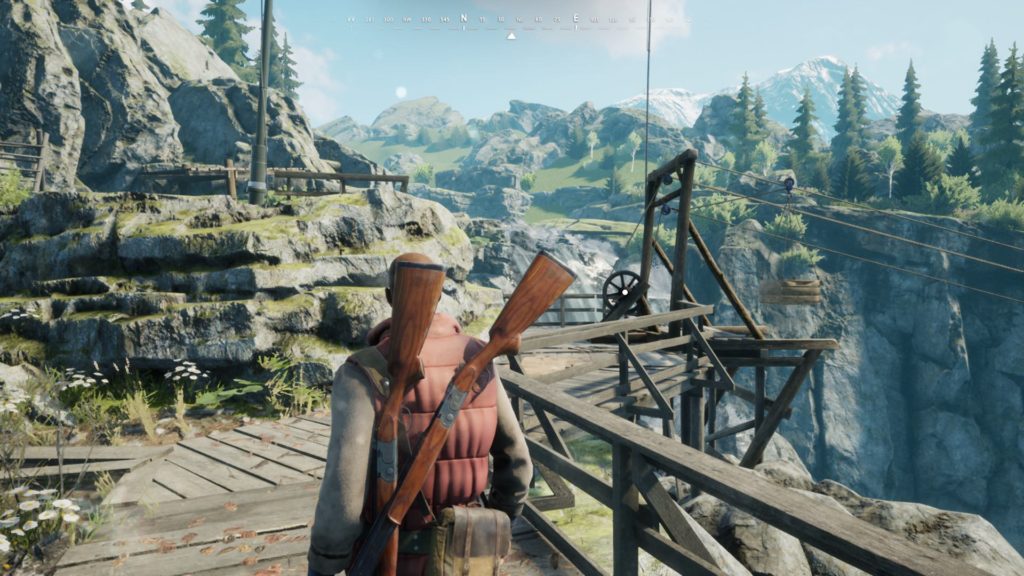 Finally, we need to have a look at graphics and technical parts of Vigor as well. While lighting and weather effects fit into a small budget game of the current genre, Vigor’s main problem is the unignorable delay in loading the textures which just simply ruins everything, especially when it takes so long for the game to render textures correctly. Other than that, the rest of the technical aspects including animations and sounds are acceptable.

If you ask me, Vigor definitely needs more improvements and more new contents to become a successful and entertaining multiplayer experience with a high value of replayability. Vigor encourages you to hunt and loot, but actually there’s no fun in the game’s shooter side with unbalanced gameplay and lack of content in modes.

An Xbox One key was provided for the purpose of review.

Tags: review, Vigor, xbox one
Summary
Vigor is a looter-shooter experience that presents a strong form in its post-looting part, but when it comes to action moments, the game lacks required challenge due to its unbalanced design. Vigor will worth playing if the developer attempts to add more new content to the game.
Good
Bad
5.5
Average
Previous ArticleVampire: The Masquerade – Bloodlines 2 introduces The BaronNext ArticleZynga introduces Merge Magic for mobile devices