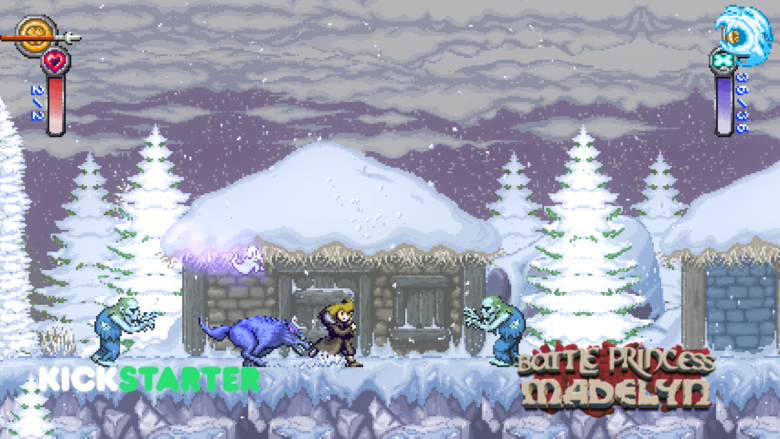 Little says “I love you” more than including your child in a game called Battle Princess  Madelyn. Inspired by Ghouls N’Ghosts, the game brings back the retro feel of yesterday. You’ll take off into battle in a “pixel perfect” way.

What little girl doesn’t want to star in her own game? When the game’s creative directors daughter wanted to be in Ghouls N’ Ghosts, a new game was born. You’ll take on the adventure in pink armor and a ton of features including hand-crafted levels and weapons aplenty.

Madelyn first takes you from swamps to castles to the country along with fantastic music and a retro feel. Each level contains challenges, bosses and hidden locations. Replaying the game is a must, both for novice and hardcore gamers.

Ten levels which include five stages, along with some that are cunningly hidden, make the journey you take both exciting and memorable.  How you complete the game is totally in the hands of the player, with fully replayable areas,  with many to unlock.

The game will be leaving Steam Greenlight soon. It will be released in Q4 2017 for PC, XBox One, PlayStation 4, Wii U and Nintendo Switch.

Written by
Suzie Ford
Suzie is an avid gamer and has been since 1995. She lives in the desert with her own personal minion while dreaming of pixel worlds beyond Earth.
Previous ArticleBlizzard Once Again Trolling Next Overwatch CharacterNext ArticleKrosmaga – CCG Goodness Sharing DOFUS & WAKFU Universe 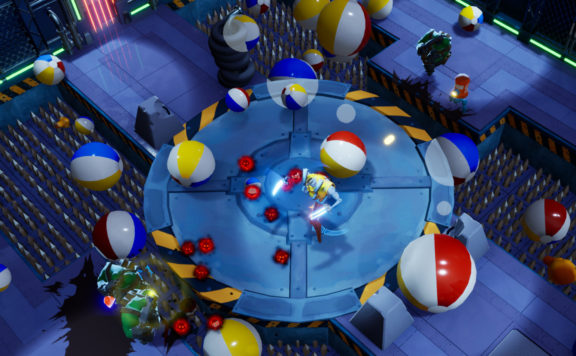