Check out the Fortnite E3 2018 trailer dedicated to the release of the fan-beloved game on Nintendo Switch gaming system.

Jump in to be the last one standing in the free 100-player Battle Royale. Build huge forts. Outwit your opponents. Earn your Victory. Squad up together online with friends in the same room or around the world!

However, currently, there are problems with Fortnite players who have both PS4 and Nintendo Switch and want to use their account to play on both platforms.

According to Kotaku, if you have played the game on PlayStation 4—even just once—that’s enough to have got your account locked to that system. It goes the other way too; if you link your Epic account on Switch, you’re locked out on the PlayStation 4.

Not allowing me to sign-in to Fortnite Switch with my Epic account because it’s linked to PS4 is tone deaf and points more to fear than market dominance.

It does the opposite of what you want — it makes me think about moving to Xbox for Fortnite. pic.twitter.com/D9xqv9aWdF

Thanks to its fans, Fortnite continues to grow at a rapid pace. Epic Games announced that on Tuesday Fortnite has reached 125 million players in less than a year.

Announcing the 2019 Fortnite World Cup event! Anyone can participate, anyone can win. Grab your Fortnite World Cup spot by competing in official qualifiers around the globe. Stay tuned for the initial schedule in Fall 2018. More details: https://t.co/9UjFlNfWVk pic.twitter.com/wlsMehmFDA

Written by
Catherine Daro
While growing up in the wilds of Russia, Catherine learned to talk, write and game at almost the same time. You can follow her attempts at latter two at MMORPG.com and GameSpace.
Previous ArticleEarthfall has a New Trailer, and it’s AwesomeNext ArticleSoulcalibur VI E3 Story Trailer & Release Date 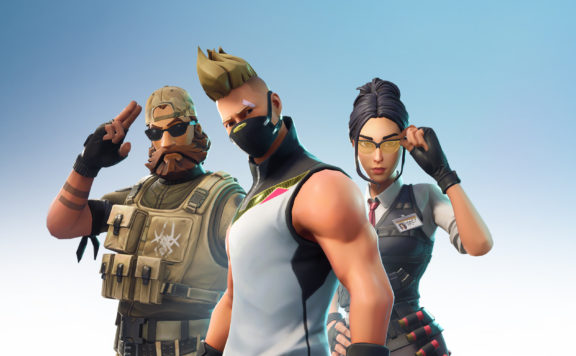