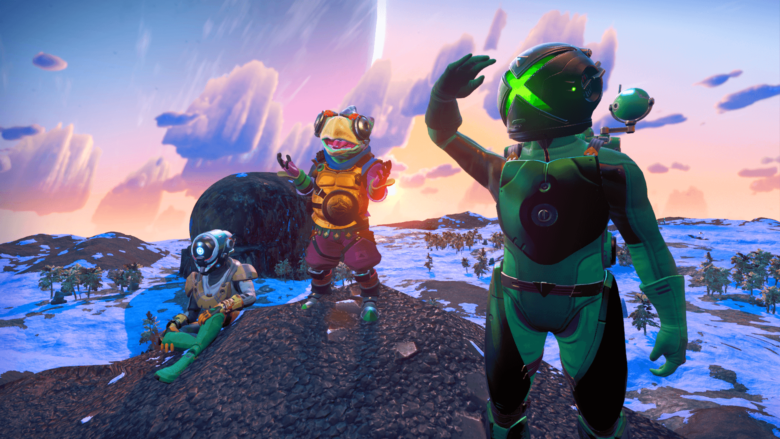 Hello Games has announced that No Man’s Sky is coming to Xbox Game Pass later today along with a new Windows 10 PC version of the game. This will allow Xbox One and PC players who own the Xbox Game Pass to enjoy the game together thanks to cross-play. Developers didn’t stop there either. Also starting today, NMS players on PlayStation 4, Xbox One, and PC will be able to “explore, journey, survive, build and trade together”. This makes the game fully cross-play compatible on all available platforms.

A tremendous amount of work has gone into this update and the underlying technology and systems. We’ve moved to an entirely new networking architecture, with more flexibility for the future, allowing players to play together regardless of platform. I’m very proud of the team that has worked so hard to make this happen.

The team also wrote that it is working “hard on new content updates, large and small for the future”.

Check out the full post on the No Man’s Sky official site.

Written by
Suzie Ford
Suzie is an avid gamer and has been since 1995. She lives in the desert with her own personal minion while dreaming of pixel worlds beyond Earth.
Previous ArticleMinecraft Dungeons ReviewNext ArticleRiot Games Exec Put on Leave After George Floyd Post