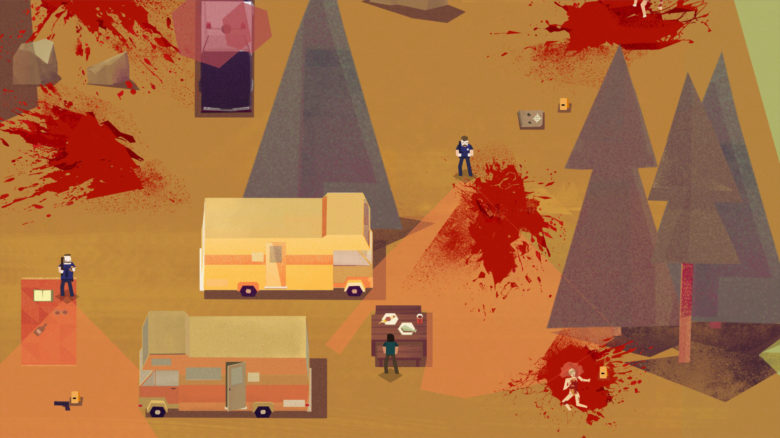 You know, as much as I would love for it to be so, writing about video games is not my day job. It’s a volunteered labor of love, and I sink my heart and soul into it. But the fact is, the things that put bread and butter on my table is the thrilling life and times of an environmental service assistance for an elderly living center. In short, a housekeeper. In even shorter terms, a cleaner. Boy, have I seen some stuff in my time there.  In fact, a few times I couldn’t help but feel like I was cleaning up a crime scene after someone took a nasty fall and konked their head open. So, when a little game called Serial Cleaner came along I knew, if for nothing else but to write a little opening quip like this, I had to check it out. This is our Serial Cleaner review. 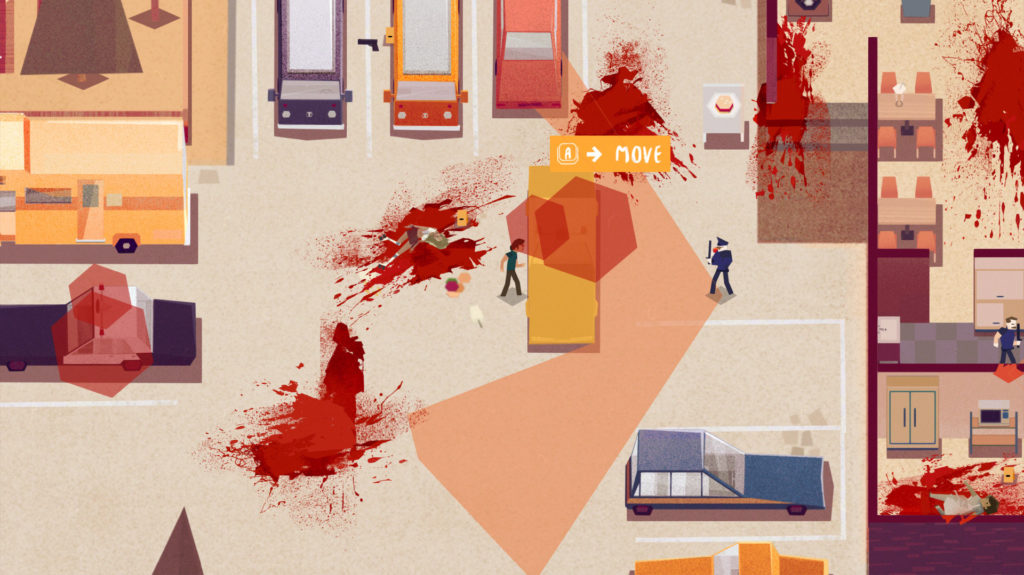 Serial Cleaner takes the minimalist approach both visually, and gameplay wise for better or worse. At its best it’s a stealthless-but-sneaky adventure as you move around different crime scenes, clearing out bodies and mopping up the blood. Yes, even when police officers are already on site and somehow not locking the place down and searching room by room when a puddle of blood suddenly disappears. No, the most attention they give to the missing evidence is a bit of confusion before getting back to work. At its worst, it’s quick bouts of frustration as you’ve managed to walk in front of someone’s line of sight and are either lucky enough to be able to hide, or you have to restart as you’re taken down by a fleet of cops who can run way faster than you can.

It’s a rather fun, if silly, game at first but the simplicity of the controls and inconsistency of the AI’s alert mechanics is a bit frustrating. A perfect example of this is at one point I kept missing one patch of blood, just because the basic control scheme did not allow for a good run at it. Then the cop who had ignored me nearly the whole time, finally realized that something was going on around the corner. After sitting there, sighing after my downfall I repeated the level. Once. Twice. Three times, before I just had to take a break for a bit. A game like this would do better. 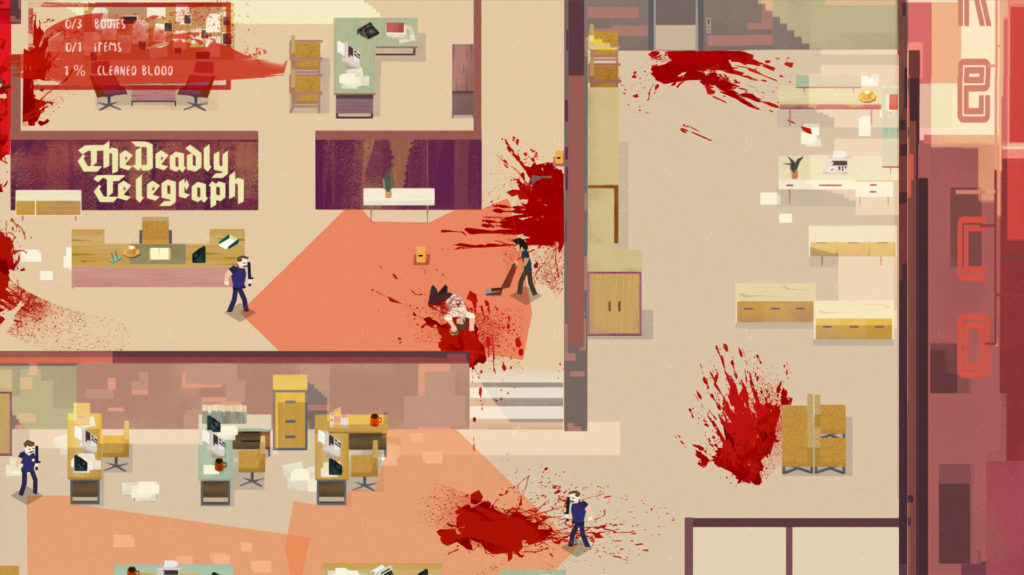 The slight randomization didn’t make things any easier when I was having trouble nabbing a pesky blood spot throughout my time in the game. My advice for anyone who does pick up Serial Cleaner is to make full use of the ability to zoom the camera out. It won’t help you plan as much as you’d like, but once you memorize the patrol patterns of the guards it should hopefully get you through relatively unscathed (pesky blood spots permitting, of course.).

All Out Of Cleaners 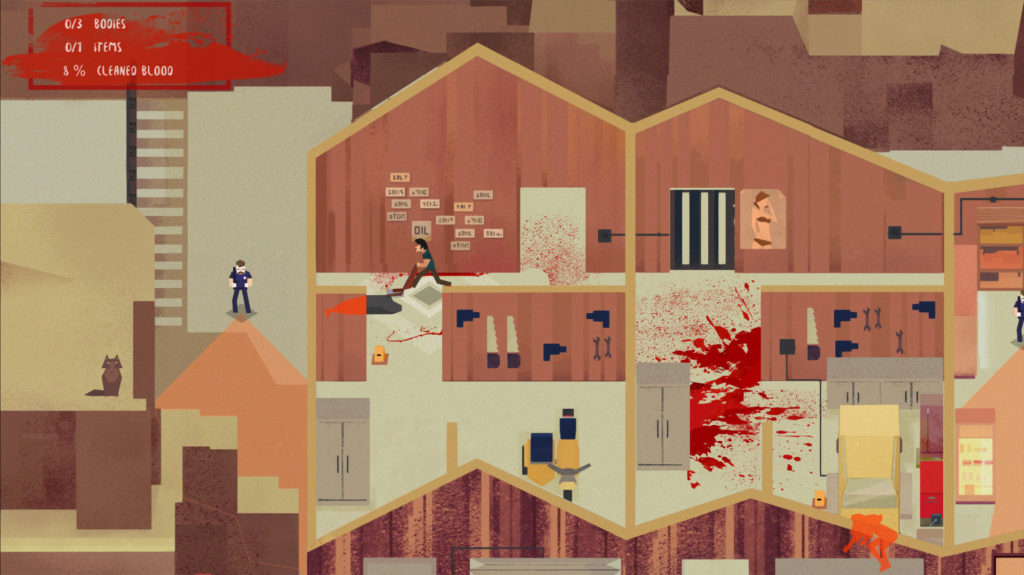 Written by
Johnathan Irwin
A gamer to the bone almost as long as I've been alive, putting my passion for gaming to use through my writing.
Previous ArticlePyreNext ArticleOvercooked Special Edition lands on Switch eShop July 27th 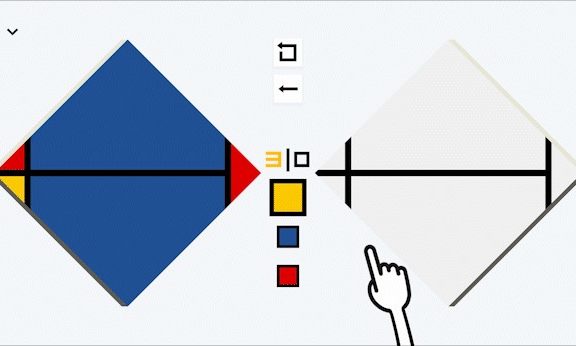 Please, Touch the Artwork Launches This Month And It Is Nothing Like Your Local Museum
January 12, 2022 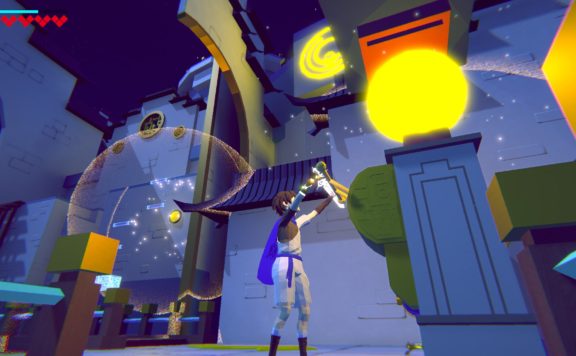 Incredible Mandy Comes To PlayStation 4
May 5, 2021