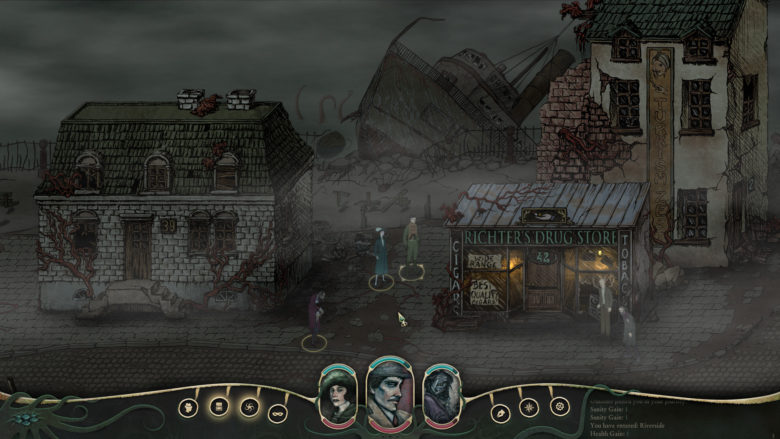 If you’ve been looking for a bit of grotesque Lovecraftian adventure, look no further than Stygian: Reign of the Old Ones. Today is launch day for the new cRPG. Is now available for PC via Steam.

“Drawing directly from the works of H.P. Lovecraft, Stygian is a turn-based RPG set in a broken and mysterious world. Like classic CRPG titles, Stygian provides an open-ended narrative to unearth as characters cope with the warped reality of a world fallen to chaos.”

Players will be able to choose any one of eight different archetypes that are said to come right out of “20s pulp fiction”. Each one has its own unique set of attributes, abilities, and beliefs. On the flip side, each also has its own weaknesses that must be overcome.

The gameplay is strategic and turn-based as players take on “fanatic cultists, inhuman monstrosities, and cosmic horrors. Players will use basic abilities with physical damage alongside “powerful eldritch spells” that can cause some issues with characters’ sanity.

Check out Stygian: Reign of the Old Ones on its Steam page.

More about Stygian: Reign of the Old Ones