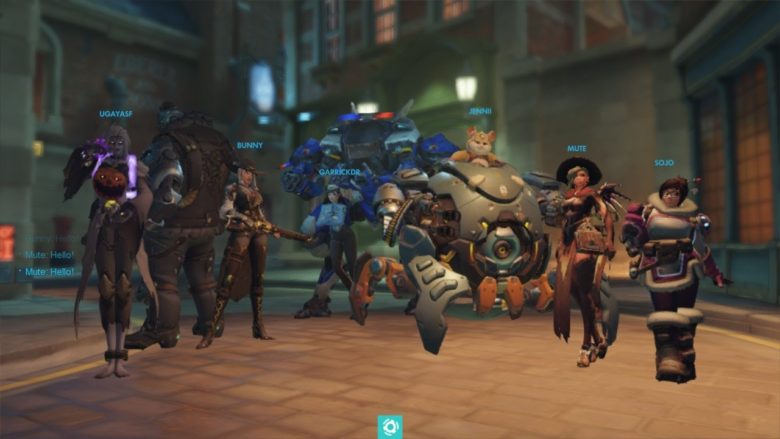 Blizzard has high hopes for Overwatch on Nintendo Switch. With players able to take the team-based competitive shooter on the road, it’s the next iteration in the popular game. We managed to get our hands on a couple of keys and have different thoughts about how it plays on Switch. This is our Overwatch review for Nintendo Switch.

Overwatch is one of my favorite games. I own a copy on both PC and console, so when I heard that Blizzard was developing a version for the Switch, I knew I would be picking it up. Overwatch on the go, who wouldn’t love that?! Monsters, that’s who.

Anyhow, having spent a lot of time with the game ahead of this release, I was excited but not without reservations. The Switch isn’t exactly the best form factor for intense first-person shooters and being capped at 30 FPS is a major downgrade from the high frame rate I was used to. Portable Overwatch is exciting but too much of a step down would make it even more disappointing in comparison. 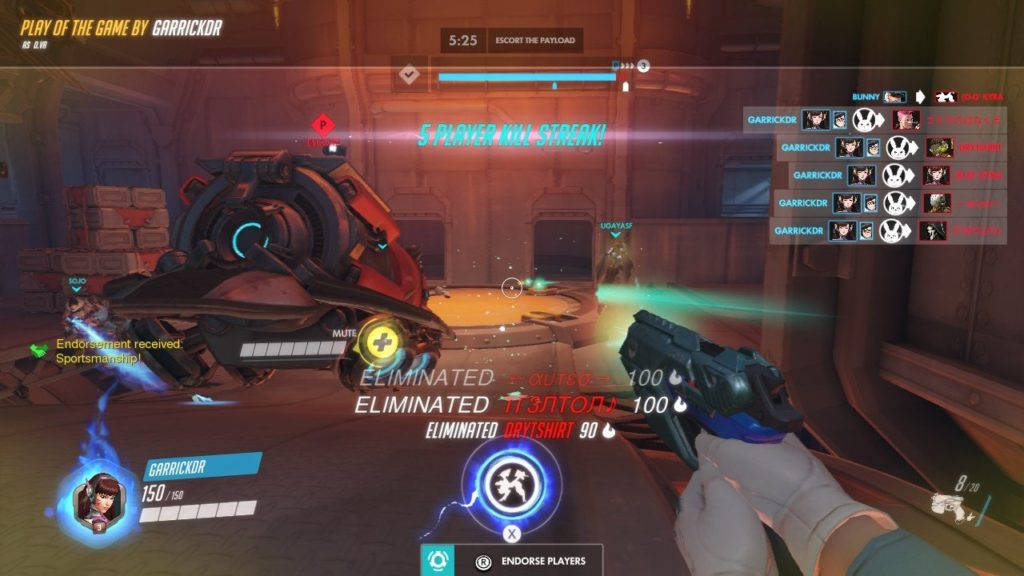 Now that I’ve spent a week with the game, I can say that I’m not disappointed in the slightest. I played the game on the Switch Lite, which is even smaller than the original Switch and should theoretically be the worse handheld experience. Thanks to intuitive motion-assisted aiming, I’m able to fine-tune my shots and stay competitive. You’ll still be stuck playing against players with Pro Controllers but I didn’t feel like I was handicapped and losing because of the form factor and that’s a big deal. That said, hitting L and R did tire my hands out after a while with that small form factor.

Playing on the Switch Lite also hides some of the downscaled textures. Details aren’t as crisp even still but in the middle of a fast-paced battle, it’s easy to look past. Docked with a regular Switch will likely make that much more apparent, so I would keep Overwatch handheld.

Finally, when it comes to frame rate, I did notice the step-down. At the same time, the game still plays quite smooth. Since most games on the Switch also play at 30 FPS, it was much less meaningful than I first feared.

I wouldn’t turn to Overwatch on the Switch for my competitive aspirations but it’s turned out to be one of the most fun games in my library.

Blizzard’s Overwatch coming to the Nintendo Switch has been a rumor ever since the Switch launched in March of 2017. After much teasing and conjecture, including a fake-out in the way of Diablo III coming to the Switch, the critically-acclaimed Overwatch has finally been ported. 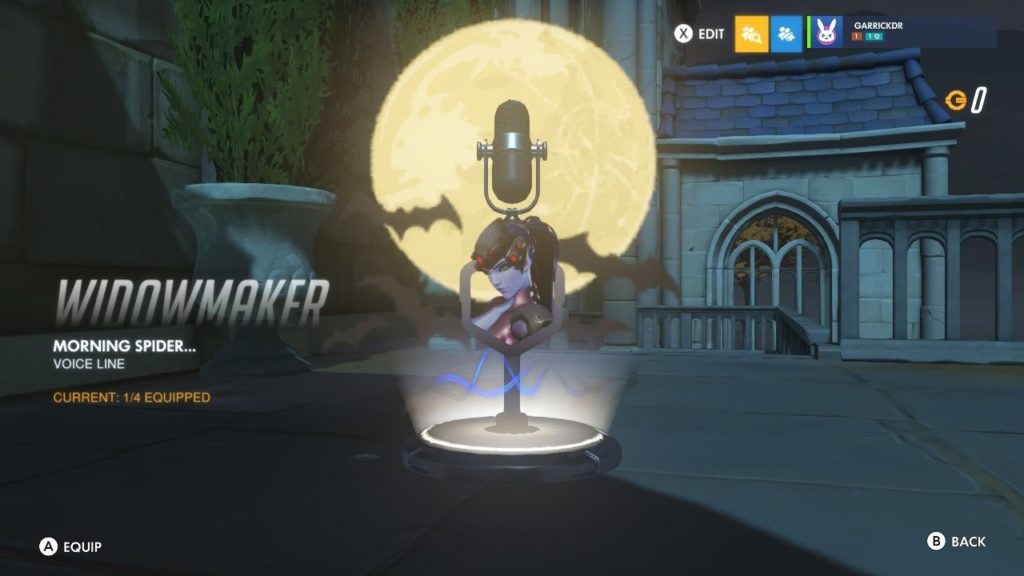 Here’s what I think after nearly a week playing Overwatch on Switch:

It’s Overwatch. What more do you really want? The port to Switch didn’t sacrifice any characters, any modes, any maps – it’s 100% feature complete, including all 31 heroes and 28 maps. Unfortunately, I wasn’t able to rank up to 25 so I can’t comment on the Competitive Play mode (Hey, I never said I was good at Overwatch!) but I’ve played through every other mode and used every hero.

When I first started up Overwatch the new, exclusive gyro-controls were turned on by default. Being the veteran Splatoon 2 player that I am, I assumed I would be fine playing with this control scheme. However, it really isn’t the same – Splatoon 2 is all about general location or area-based attacks, not twitch-based precision shooting. Some heroes with a more forgiving sense of accuracy (my main, D.VA) may do well-enough with gyro-controls, but I feel like more precision-dependent characters such as Ana or Widowmaker are nigh-impossible to play with this setting.

The gyroscopic controls are a nice touch though, despite not being as functional as I’d like. I feel like Blizzard really wanted to utilize the Switch’s tech in a way that didn’t feel gimmicky and would make it stand apart from being “just another Switch port.” For younger players, maybe this could be a preferred way to play – or, at least, an introductory way to play.

The graphics seemed just as good as on console for the most part. I could notice some graphical fidelity lacking in certain areas, but only when I played docked to the TV. Due to Overwatch’s more cartoonish graphics, I think this is one area that is hard to notice in handheld mode. Unfortunately, the UI is something that I did notice. Or rather, didn’t notice enough – it’s woefully small on the Switch’s screen when playing handheld. 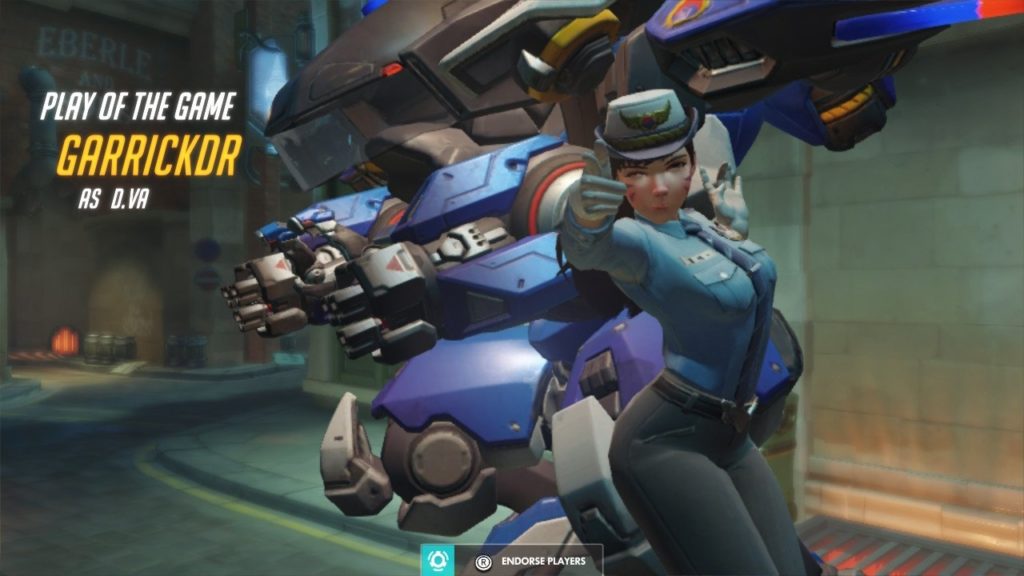 For the most part, I could make out what was happening in-game, but I could never read anything. It seems like the font that Blizzard used in-game never got upscaled to make it easier to read on a smaller screen. As such, things as simple as reading my teammates’ names were impossible. Likewise, I had a difficult time in recognizing different hero-characters at a distance. Normally, I’d be able to see which character is sniping me and determine the best strategy to counter, but when I’m playing in handheld mode it’s just a guess – and more often than not I’m wrong.

Similarly, the on-screen damage-notification seemed less-noticeable. Maybe it’s just me being more familiar with how both Destiny 2 and Borderlands 3 show being hit, but I feel like half of my deaths were a result of not knowing where I was being shot from. Particularly, being shot from behind almost never registered for me.

But these are just my nitpicking on an already great game that’s just been made more accessible to more players. Between daily loot boxes earned by playing different game modes as well as the recently-added Role-select quality-of-life improvement over matchmaking, there has never been a better time to jump into Overwatch. To players that already have Overwatch on the PC or another console, I probably wouldn’t recommend the Switch version unless you’re just a fan that wants to take it on the go. To Switch owners that don’t have any other console, however, I honestly think you’d be jumping into Overwatch at the best point in its life.

Written by
Garrick D. Raley
Garrick Durham-Raley is an avid, almost zealous, video game enthusiast who is still new to writing reviews. He is based out of beautiful Denver, Colorado where he is currently attending University alongside his wife, Sarah; and is a soon-to-be father to his soon-to-be son, Rothgar.
Previous ArticleA Sega Bus Is Touring The UKNext ArticleVampire: The Masquerade – Coteries of New York Release Date Announcement