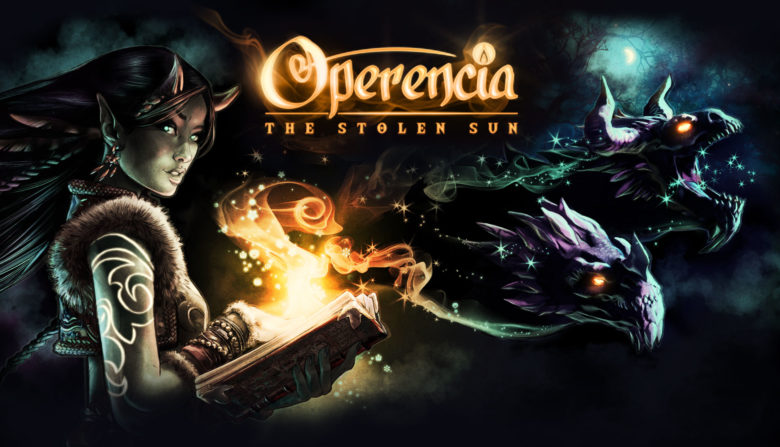 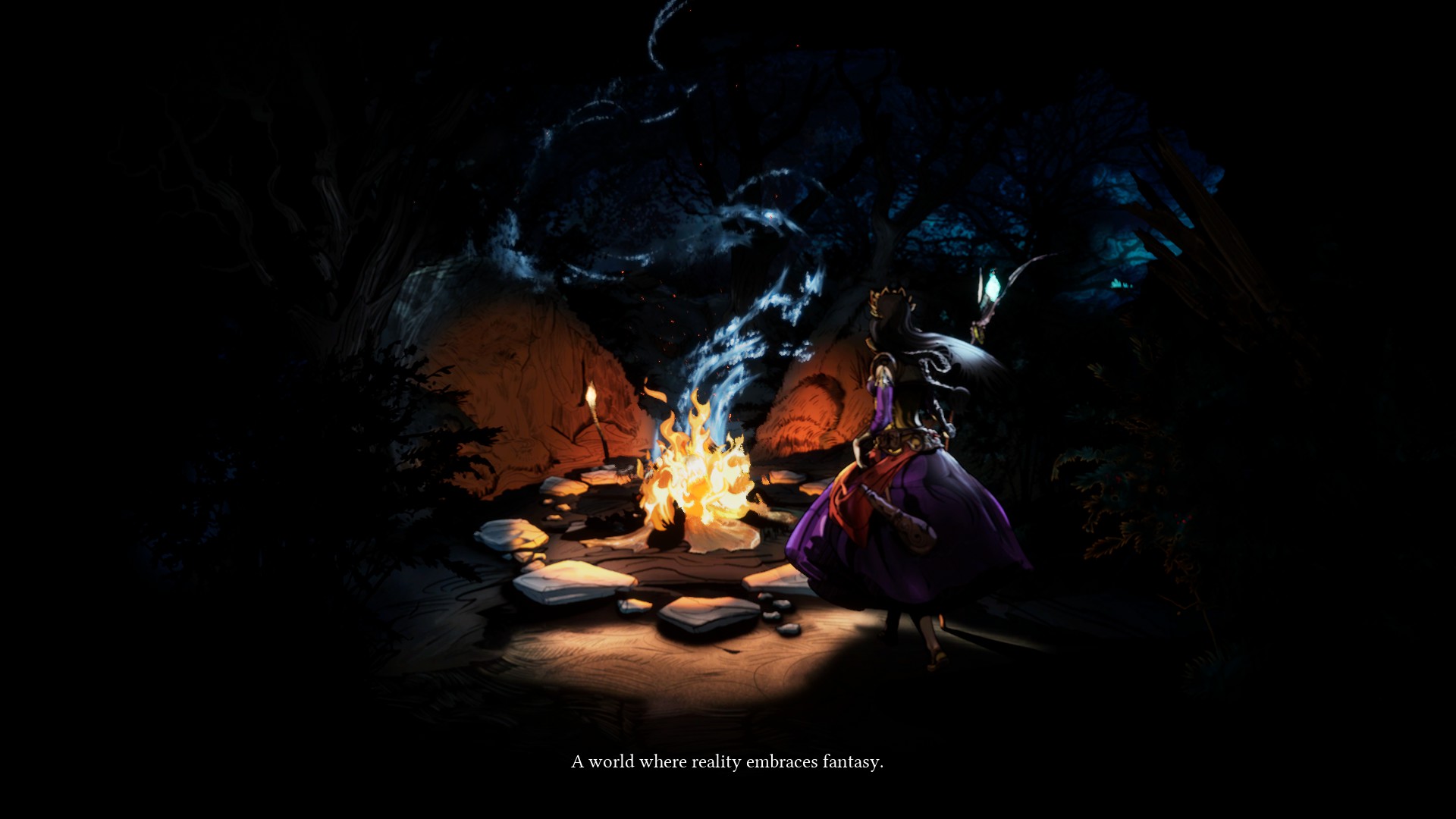 Operencia is a dungeon crawler type of RPG that focuses on your party with a first-person view as you traverse the dungeon square by square. While doing so you face monsters that are oftentimes moving around as well which can lead to ambushes on both sides. Combat plays a heavy role in what I did so let’s focus on that for a bit. I was presented with the basic classes I’m used to seeing in most RPGs like a mage, thief, etc. I decided to go for more of an up-close tank role with my warrior that I created. Combat was a turn-based affair with energy and cooldowns on skills. When I got into a battle with groups of monsters, some were in a row behind the front line which made some could affect my chance to hit and how well some skills worked on them. There were some tactics involved with higher-level creatures which helped to make the combat not boring. 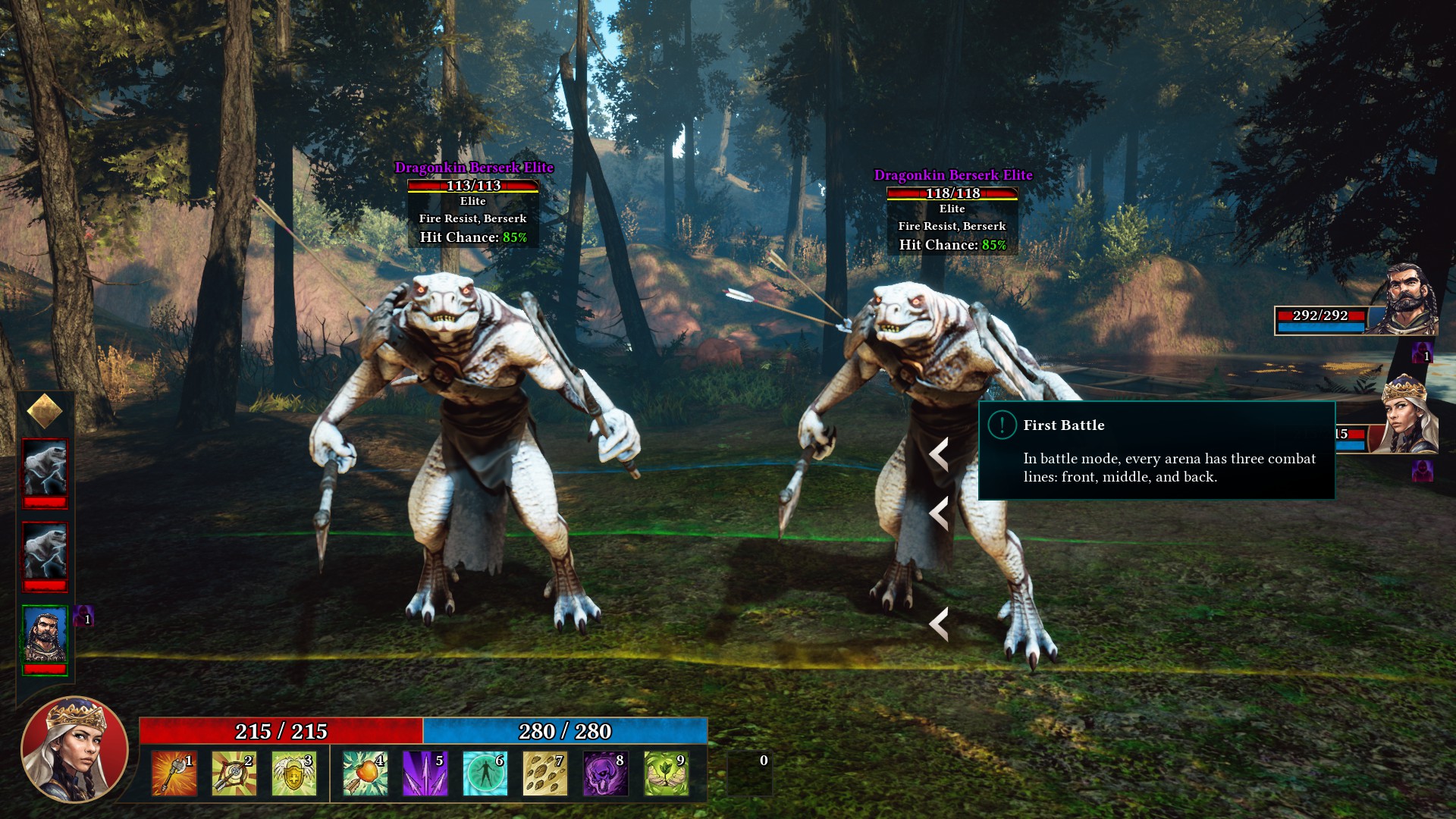 While I could run around exploring Operencia using the W, A, S and D keys, I opted for a slower approach so I could keep my eyes open not only for enemies but also secrets and traps. In a dungeon crawler like Operencia it isn’t just about taking down your enemies, but also avoiding traps and solving riddles to open up locked passages or secret rooms. This is one of the bigger draws for this type of game, while the combat is an excellent side dish to a meal; the dungeon itself and exploring it is the main meat of the meal. I really enjoyed the environments that Operencia provided and the level design felt like it hit the balance of not being too hard, yet being hard enough to make me think that I prefer in a dungeon crawler like this. 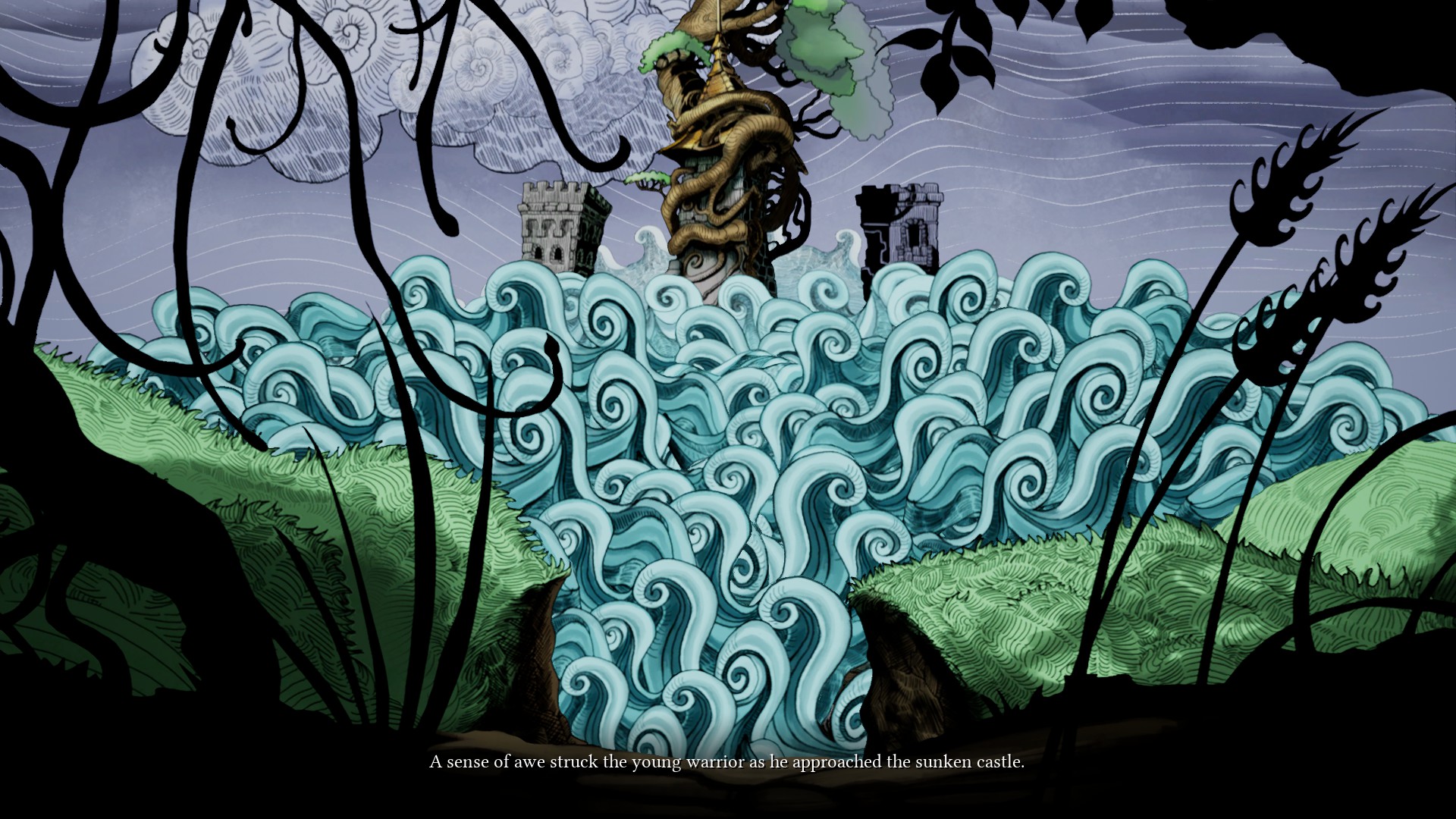 Throughout Operencia I was treated with hand-drawn cutscenes that were fully voiced as well as fully voiced characters which helped to immerse me in the setting. The voice helped to introduce the unique lore for the world and actually got me interested to learn more. While there were some things that seemed to follow the normal RPG trope, there was enough of a difference and variety to keep me interested in the world of Operencia. 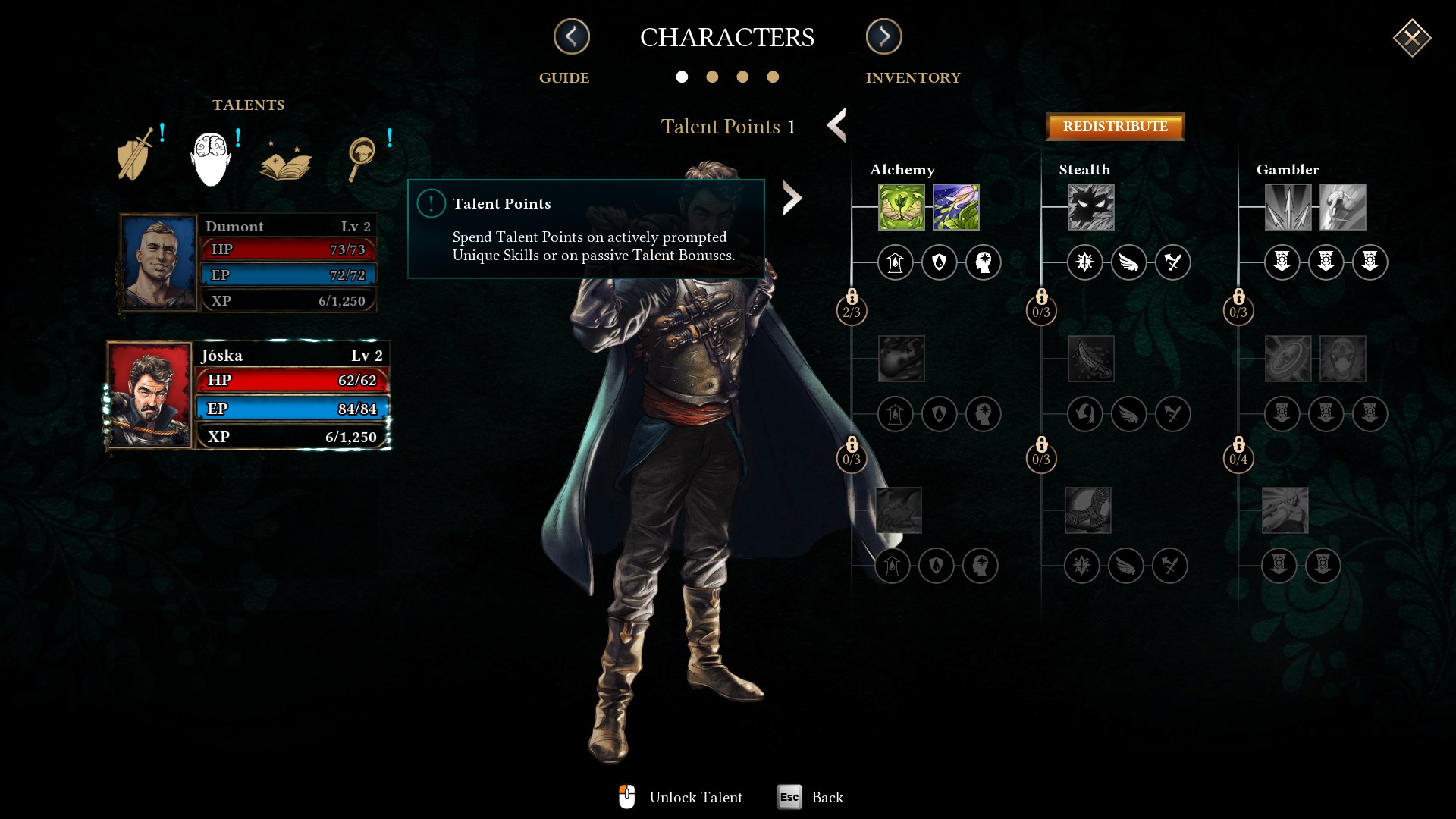 One of the biggest and perhaps oddest negatives for me was the opening tutorial section. While it was good in introducing me to game mechanics and the world as a whole, it felt boring to me. I’m not sure why, but there was a part of me that just couldn’t wait to get it over with. Thankfully this was balanced with a beginning that had me delighted and laughing. In that moment I was introduced to my first companion (a snarky thief named Joska), I found myself smiling and looking forward to more conversations with him and others that I would find down the road. This was further added to by my first dungeon being a castled that had sunken underwater. The environment was so well done, with water still somehow magically forming pools on the ceiling and some rooms still completely submerged in water. It was something I hadn’t really seen before and it got me excited to see what else the dev team was going to throw at me.

A Steam key was provided for review purposes.

Tags: Dungeon Crawler, Operencia, Operencia: The Stolen Sun, review, rpg, turn-based rpg
Summary
Overall Operencia: The Stolen Sun is a good introduction if you’ve never played a dungeon crawler type RPG before. It has a few rough edges and a tutorial that had me wishing it was over sooner. But this is balanced by some really great world lore, tons of great voice acting and great level design.
Good
Bad
8
Great 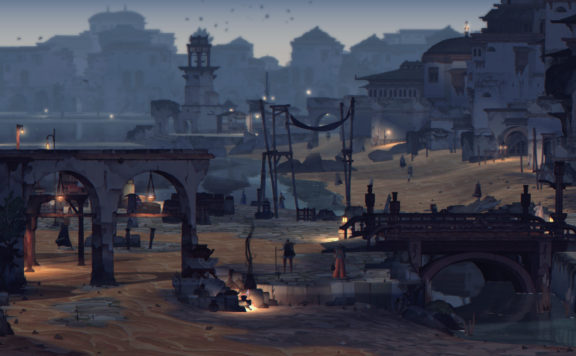 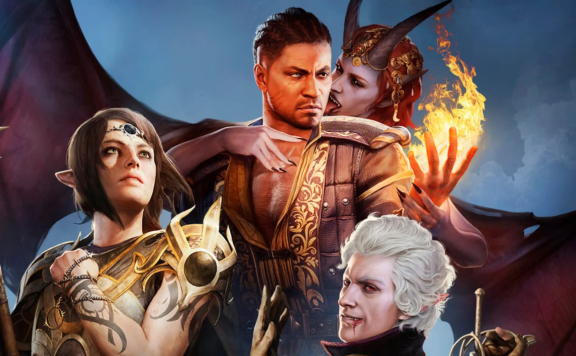 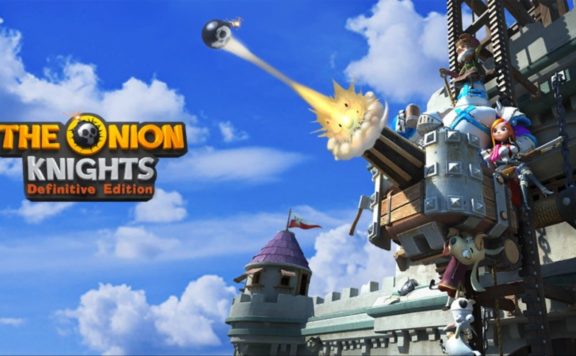