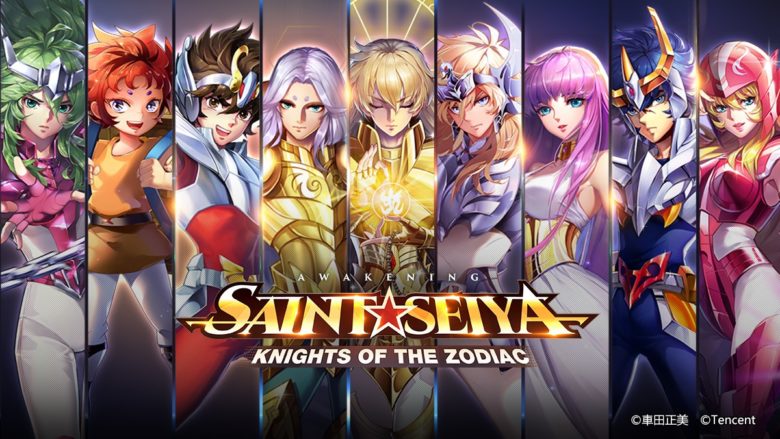 Saint Seiya Awakening: Knights of the Zodiac, the forthcoming mobile RPG from Yoozoo games, has just opened pre-registration on Android and iOS devices.

As Saint Seiya Awakening: Knights of the Zodiac gets ready to rise on mobiles, developer Tencent and publisher Yoozoo games have opened up pre-registrations for this anime RPG. This anime-inspired RPG has already had an initial outing in eastern territories and now it’s time for fans of the long-running anime franchise to get their hands on this hugely successful mobile title.

While there’s been an uptick in interest following the new Netflix’s Saint Seiya anime series, this RPG follows the storyline and aesthetic of the Masami Kurumada original. This action-packed, visually immersive game puts players up against the Olympian gods and asks them to defend Athena in her battle to defend the Earth. Saint Seiya Awakening features some awsome 3D graphics rendered in engine and is one of the better looking anime games I’ve had the pleasure to see on mobile. It also and seamlessly weaves this aesthetic throughout the game’s narrative. The results of this are pretty impressive. Throughout the game, players can, of course, collect a huge range of Saints, upgrading and customizing their party to suit the rigors of each challenge they come across. Players that feel as overpowered as manga hero can even test their mettle in PvP combat when the game launches.

Just in case you thought this anime RPG was simply out for a quick franchise cash grab, Yoozoo and Tencent haven’t just gone big on the combat and graphics. The game is blessed with some of Japan’s finest character voice-artists, including Jun Fukuyama (voice of Lelouch in Code Geass) and Yuki Kaji (Eren Yeager in Attack on Titan), completing a package devoted to doing justice to the original.

We got a glimpse of Saint Seiya Awakening: Knights of the Zodiac at Gamescom and let’s just say I was pleasantly surprised. If you are an old school fan of Saint Seiya or haven’t seen the first anime, you might want to try out this title when it lands. You can pre-register now for the game on the Apple App Store and Google Play store.

Written by
Ed Orr
For those of you who I’ve not met yet, my name is Ed. After an early indoctrination into PC gaming, years adrift on the unwashed internet, running a successful guild, and testing video games, I turned my hand to writing about them. Now, you will find me squawking across a multitude of sites and even getting to play games now and then
Previous ArticleAgent A – A Puzzle In Disguise ReviewNext ArticleCheck out 15 minutes of Cyberpunk 2077 gameplay