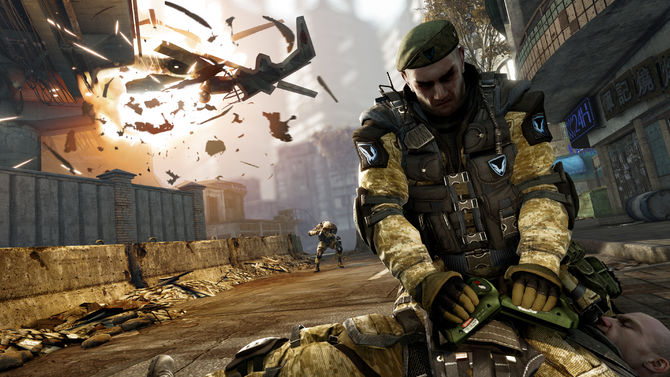 From the moment that Goldeneye landed on the Nintendo N64, First Person Shooter has had a home on the console. While PC gaming has always broken down doors and brought the genre into new dimensions, I’ve always felt inclined to say the console market is the home of the AAA shoot em up. Alongside EA’s litany of sports games, the FPS is a staple of this platform. Unfortunately, we’ve seen a series of disappointing releases of late, bad business practice, and questionable design choices. It’s unusual to think, therefore, that it might be Russian developer My.com that is about to launch a console FPS that is worth your attention. To celebrate this invasion, My.com gave a select few conscripts early access to Warface on the console. 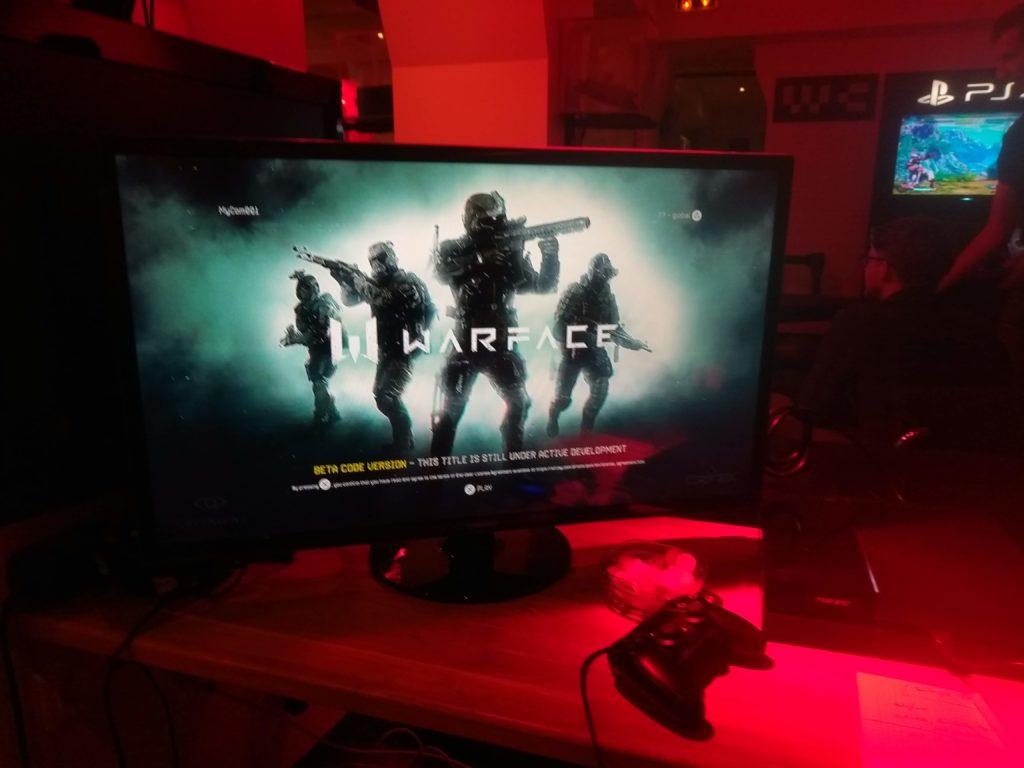 Marching onto the PlayStation 4 and Xbox One later this year, Warface is a military shooter that has more than one mission. This online FPS comes from a near future scenario where an immoral series of global corporations have aligned to create Blackwood, a shady underworld organization with nothing but bad intentions. The result is a highly trained, fully financed, and well-equipped adversary for the Warface player base to battle and the battleground is massive.

Just like its PC counterpart, this implementation is split over PvE, and PvP content. Standard PvE co-operative challenges are based around a familiar lobby system with the option to auto-match or group with friends, allowing players to drop in and out of challenges whenever they have a moment to kill. These frantic dashes through enemy territory are virtually unchanged from the PC version. Teams of five can take on everything from escort missions, claustrophobic urban combat, planting bombs, or gladiatorial encounters with armored Blackwood mechs. As I’ve come to expect from Warframe, the variety of content is actually kind of overwhelming.

Not only are there a whole host of co-operative clashes to choose from, but a more engaging content comes in the form of PvE raids. Raids, like co-op, are 5 man instances that pit players against a Blackwood threat. These narrative driven maps are a true test of player skill and while I’ve completed a couple of these on PC, my introduction to Icebreaker was a swift reminder that raids enquire a mix of skill, planning, and class balance to succeed. The initial attempts of everyone involved had more than a few setbacks as we chewed through Blackwood cannon fodder, only to find swarms of cyborgs or aerial artillery, all of which required us to pick our classes and protect our medics carefully. Also, don’t stand still. Incoming shell fire is not for show. 4 raids will launch with Warface, each with three different levels of difficulty. Anuis, Blackout, The HQ, and Earth Shaker will be available when Warface opens for early access. The aforementioned Icebreaker instance won’t make it into the game until later in the year. 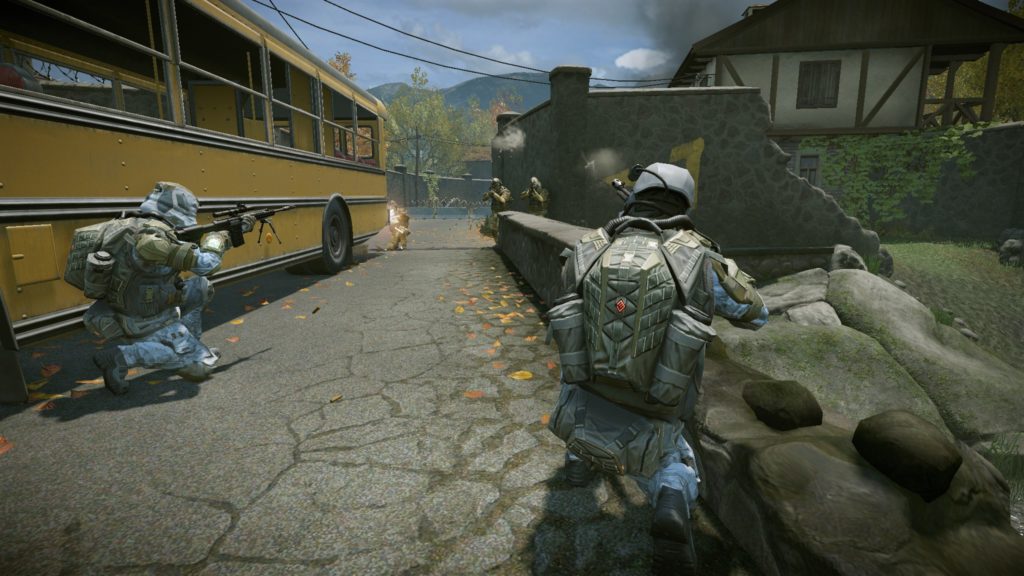 PvE encounters are far from Warface’s only battlefront. The best of the best have been killing it on an international stage for several years now. Regular competitive seasons and prestigious LAN finals make for an active competitive scene. While western markets seem to have little visibility of this yearly rotation, last year’s finale managed a prize pool of 3 Million Roubles and teams from afar as Brazil. Now console competitors will be able to jump into a host of competitive game modes including deathmatch, free for all, capture the flag, plant the bomb, storm, and even battle royale. The initial offering will push out all of these options on release and includes more than 14 maps to take names in. Following launch, My.com plan on adding an additional three game types, just in case you get bored.

On the front lines

Once I got my hands around a controller, competitive free for all dropped me into a frantic ten minutes of run and gun with four other players. The free for all maps, like much of Warface, still hold out surprisingly well in this new format. The CryEngine port is a surprisingly fluid experience and the notoriously needy engine manages to squeeze onto consoles without too much issue. The carcass of a destroyed train lay lifeless in the middle of the first encounter, save a lick of flame, looking just like it does on a mid-range gaming PC. We didn’t get any definite indication of the technical sacrifices made to clean things up for the console version but to my own yes it seems like My.com have taken a cleaver to some of the occlusion and higher texture details on the surrounding environment, the sort of thing that you are unlikely to notice as you speed through a horde of incoming cyborgs. The games weapon set, which sits directly in your line of sight, still appears highly details and well rendered. The RX 160 Nuclear that I held throughout my play session absolutely looked the part, with a superb level of detail and a wonderfully lurid metallic green shine. It is fair to say that Warface barrels along at a constant pace and despite my initial reservations about framerate and fluidity, the PlayStation 4 seems to hold up well. While we weren’t given a chance to check the real world performance or grab numbers, this was an unfinished build, after all, things moved along at a good pace with no jitters and no discernible drop in performance that would impact player experience. 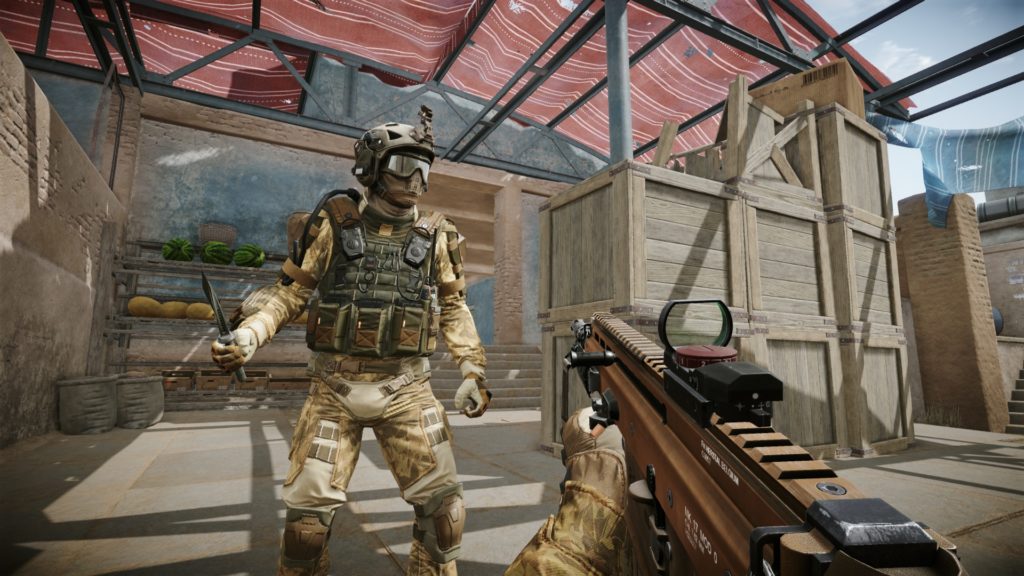 All in all, the balance of graphical fidelity and fluidity is better than I’d expect and My.com’s experience with the Skyforge seems to be no small part in that. While making stuff look as pretty as it can be is important, this is nothing if you have no idea how to dodge and weave. Thankfully controls are solid in Warface. Analog sticks control the movement and the first-person camera with aim assist in place to ensure that you do not need to be quite as accurate as your PC counterparts. Sprinting, vaulting, assisting your allies across the terrain are all easy to reach and the basic trigger options are all where you would expect them to be. The HUD appears to have undergone some work, with only minor gripes.

Combat is a frantic experience, whether you’re in a tower teeming with zombies or a claustrophobically small battle royale mode. Outside of combat, however, the menu system doesn’t appear to be entirely comfortable on PlayStation yet. Players can move a cursor around the screen using the analog sticks, but this just feels cumbersome. Some options to utilize the trigger buttons and D-pad seem to be strewn around the UI, but it seems to be something that could be improved upon. In their defense, My.com has already confirmed they are still working on the UI and HUD systems, so this is likely to improve.

It might be tempting to take on a step by step tour guide of the game modes I played in My.com’s secret bunker. Instead, I can point to the PC version for any reconnaissance you want to do. When Warface hits early access it will include deathmatch, free for all, plant the bomb, storm, and capture the flag competitive modes. PvE will open up the same series of quick campaigns that we’ve already seen and the four special operations we already mentioned. What I can report from my own time in Warface is that My.com has managed to take their experience with Skyforge and craft a very solid port of vastly underrated PC shooter. You can find out more about the move to console on the official Warface website and check out the launch trailer on our initial news post.

Written by
Ed Orr
For those of you who I’ve not met yet, my name is Ed. After an early indoctrination into PC gaming, years adrift on the unwashed internet, running a successful guild, and testing video games, I turned my hand to writing about them. Now, you will find me squawking across a multitude of sites and even getting to play games now and then
Previous ArticleThe Crew 2 PC Review In ProgressNext ArticleRed Faction Guerrilla Re-Mars-tered – Vivé La Resistance 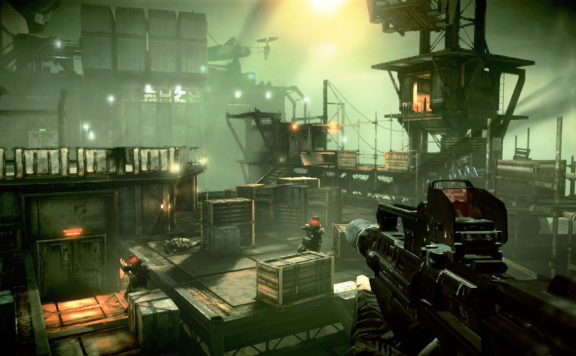 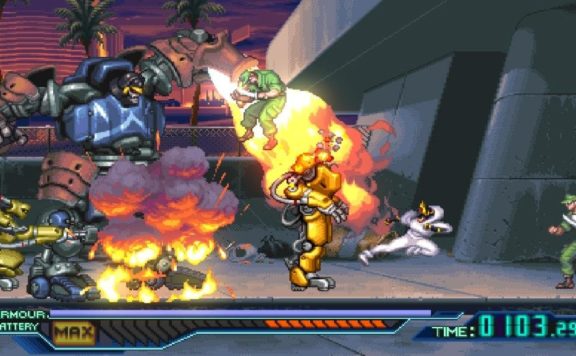 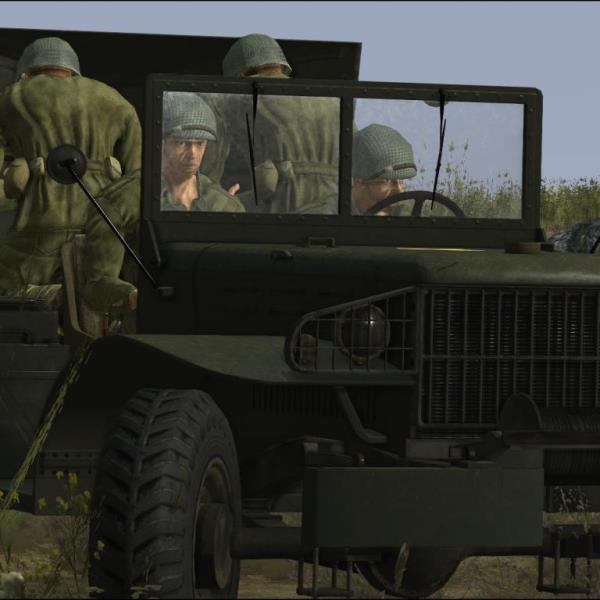