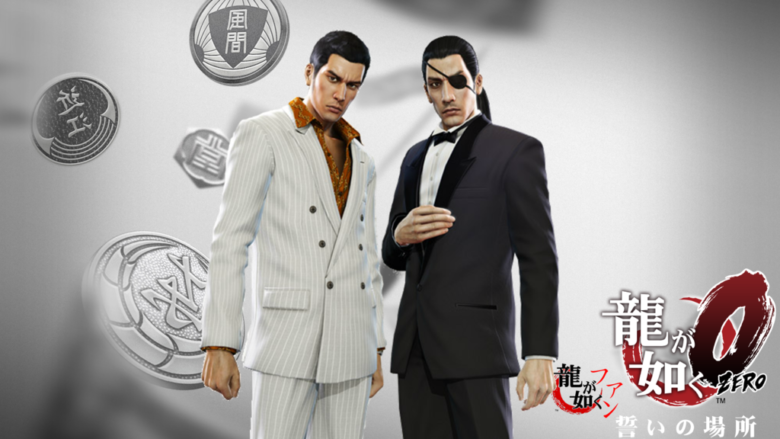 This weeks combat is bursting through the Steam screen with classic combat, battle chess monsters and a galaxy of choices while VR becomes even more surreal. It’s another great week to be a gamer! This is our Steam High Five for August 3rd!

NOAHMUND
Dive into a new world and discover the mysteries of Synchrony. Fight with Motion Battle Chess, an original battle system that mixes strategy and real-time action. Connect to a deeply emotional story of love and war, accompanied by a touching soundtrack influenced by the classic JRPGs. Developed by Estudio Abrego.

YAKUZA O
SEGA’s legendary Japanese series finally comes to PC. Fight like hell through Tokyo and Osaka as junior yakuza Kiryu and Majima. Take a front row seat to 1980s life in Japan in an experience unlike anything else in video gaming, with uncapped framerates and 4K resolutions. A legend is born.

GRIMMWOOD – THEY COME AT NIGHT
Grimmwood is a challenging co-op MMO, seamlessly blending elements of survival, strategy and exploration. In an ageless, mystical forest, together with up to 40 other strangers, you need to defend your Village because each night, around midnight, the monsters will attack. Developed by Big Moustache Games. Published by Headup Games.

STAR TRADERS: FRONTIERS
You are the captain of a starship venturing through a massive open universe. Customize your crew and take command at the helm of your very own ship as you explore a galaxy torn apart by internal strife, alien threats, and political intrigue. Developed by Trese Brothers.

THIS IS THE POLICE 2
Interpret the law as you see fit! Run the sheriff’s department, manage your cops, make tough decisions – and try to keep out of prison yourself – in this story-driven mixture of adventure, strategy, and turn-based tactical combat. Developed by Weappy Studeio. Published by THQ Nordic.

FRANKENSTEIN: BEYOND THE TIME
Take on an adventure in a place where the unsettling thoughts of Dr. Frankenstein will haunt your mind. The only thing that matters is to finish his last masterpiece. Are you brave enough to become the time master and continue Dr. Frankenstein’s legacy? Developed by The Dust S.A.

HELLBLADE: SENUA’S SACRIFICE VR EDITION
The VR Edition of the critically acclaimed BAFTA award-winning Hellblade: Senua’s Sacrifice. From the makers of Heavenly Sword, Enslaved: Odyssey to the West, and DmC: Devil May Cry, comes a warrior’s brutal journey into myth and madness. Developed by Ninja Theory.

ANAMORPHINE
Explore the past as you resolve the present in Anamorphine, a surreal adventure of rendered emotions. Journey into the mind of the main character, a young man in denial. His subconscious is pushing him to face his past – or be consumed by it. Play in regular or VR mode. Developed by Artifact 5.

Written by
Kelley
Online gamer for 15+ years, fansite operator, guide writer, vlogger and content creator. Passionate about her boys including two pups, cultures, innovation & smart solutions around the home. If it's got an app, chances are she's already got it! Origin ID: KelleyPlays
Previous ArticleNew Brawlers Rig & Diego Join the Dead or Alive 6 RosterNext ArticleGrimmwood Now Available On Steam For PC